The Strokes, LCD Soundsystem, and a Le Tigre reunion headline a stacked lineup at the inaugural This Ain’t No Picnic Festival. It goes down August 27th and 28th in Pasadena, California at Brookside at the Rose Bowl.

This Ain’t No Picnic is the latest venture from Goldenvoice, the AEG subsidiary that puts on Coachella, Day N Vegas, Just Like Heaven, and more. It’s named after a festival they put on in 1999, which was headlined by Sonic Youth, Sleater-Kinney, and Guided by Voices.

Two-day general admission tickets start at $299, while two-day VIPs are going for $799, plus fees. Pre-sale starts December 9th, and is available at the event website.

Le Tigre, the electropunk project from riot grrrl legend Kathleen Hanna, put out three albums between 1999 and 2004. The group last reunited for the 2016 presidential election to release the pro-Hillary Clinton song, “I’m With Her.”

LCD Soundsystem recently reunited themselves after a three-year hiatus, covering Joy Division and playing deep cuts at the first date of their 20-night Brooklyn Steel residency. You can book your seat through Ticketmaster.

As for The Strokes, they recently played Outside Lands 2021 and signed on for Lollapalooza Argentina 2022. Tickets for all of their shows are available here. 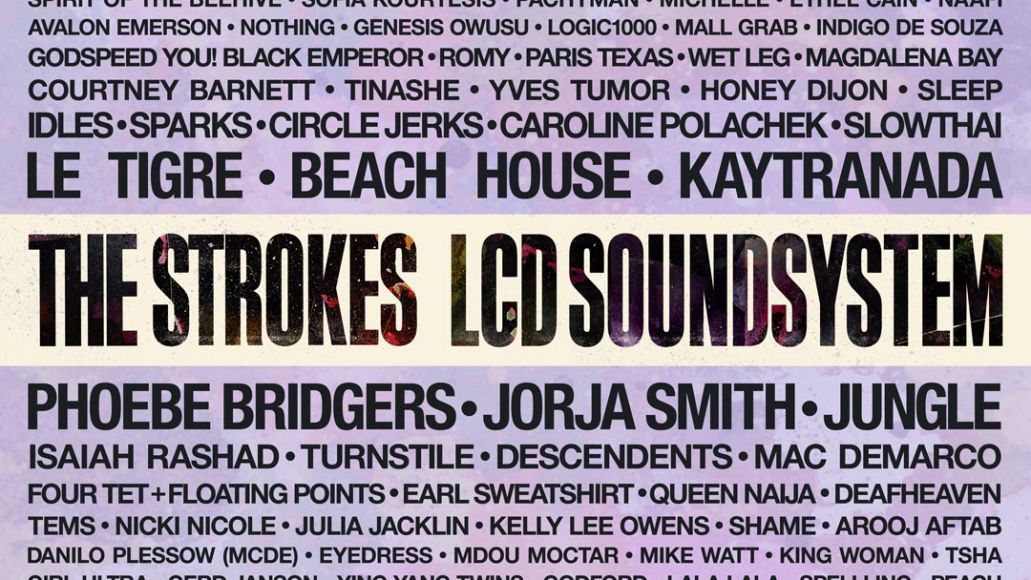