Our 2021 Annual Report continues with our list of the year’s top 10 overlooked rap albums. As 2021 winds down, stay tuned for more awards, lists, and articles about the best music, film, and TV of 2021. You can find it all in one place here.

With the colossal amount of rap music that drops every single day of the year, it’s impossible to keep track of new hip-hop releases — let alone listen to them all. Here at Consequence, we’ve kept our favorite albums tucked in our back pockets all year for that very reason.

Containing the records we kept going back to long after their release dates, this list is meant to highlight projects that likely flew under the radar for the average fan. It’s tailor-made for that one friend who is constantly complaining about the state of rap music today. Drop it into the group chat and prove they’re just not looking in the right places.

Because there’s no shortage of fresh new acts and veterans alike who prove every day that hip-hop is only limited by the imagination and creativity of artists who come from all different kinds of backgrounds.

These are the best rap albums you may have missed in 2021, in alphabetical order. 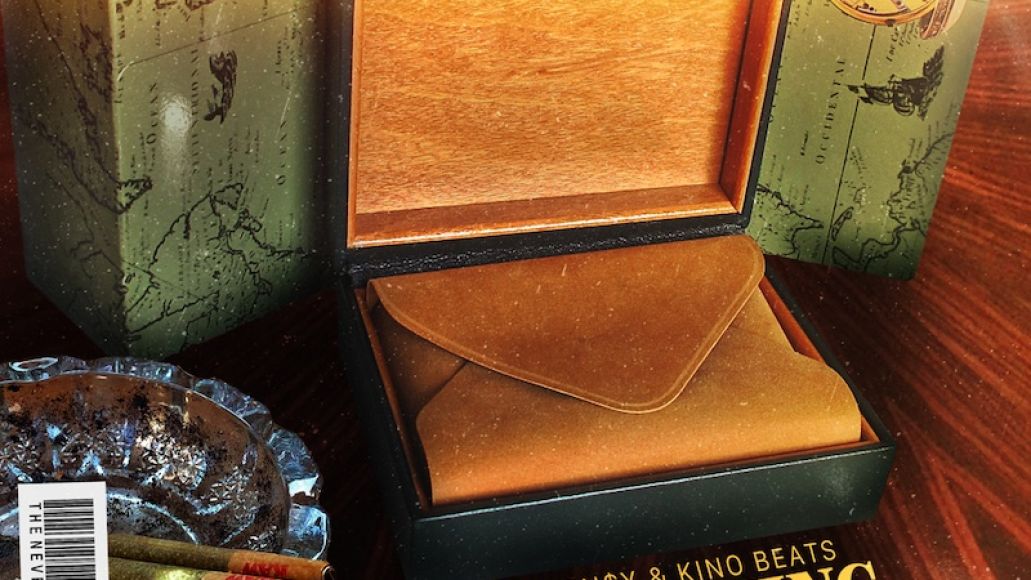 Curren$y is the hardest working man in hip-hop. We’re highlighting just one of the handful of albums he released this year. So why Matching Rolexes over the others? It’s the marriage of Curren$y and Kino Beats. One listen to “Yacht Notice,” and it’s clear Kino brings something different out of the New Orleans rapper.

Other than that, this isn’t touching any new territory for Spitta Andretti. He’s a lifestyle rapper putting his talents over lavish beats that fit the subject matter to a tee. The only question is whether he drops another project by the time this publishes and challenges this album’s position. — Marcus Shorter | Listen on Apple Music

DijahSB – Head Above the Waters 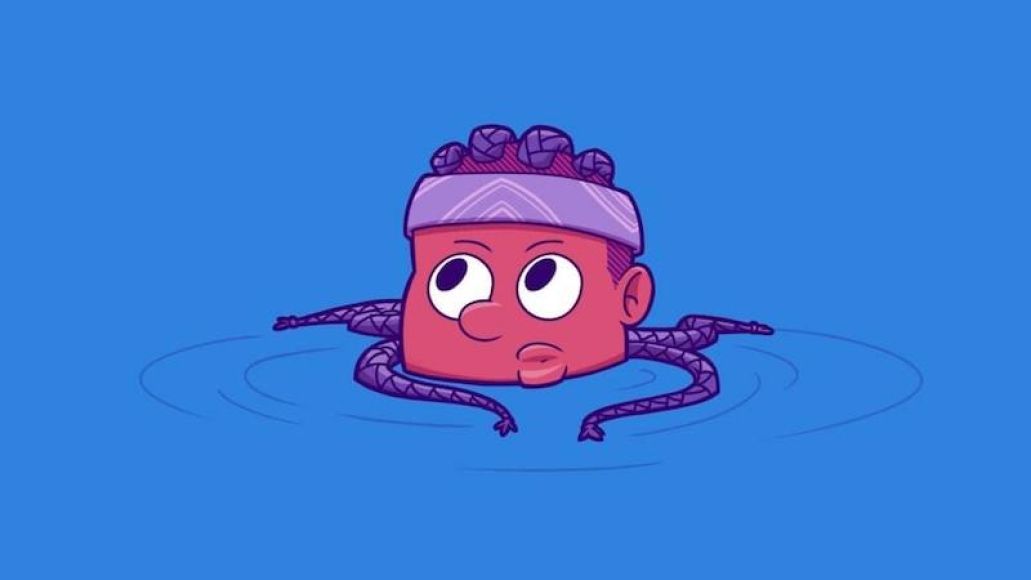 The best hip-hop bucks the system, whatever the system is at the time, and rebels. DijahSB’s Head Above the Waters paints a picture of a rebel with a cause, as they refuse labels or boxes, while detailing the struggles to get to this moment in time. Even when they’re being clever and nonchalant, DijahSB’s words hint at trials and tribulations we may never know.

Head Above is put together so well that we don’t need to know the ins and outs to empathize. The project is for anyone trying to survive, which, at last check, is pretty much all of us. There’s no better album to summarize 2021; a year where we were all just trying to stay afloat. DijahSB feels us and they have the cure for what ails us. — M.S.| Listen on Apple Music 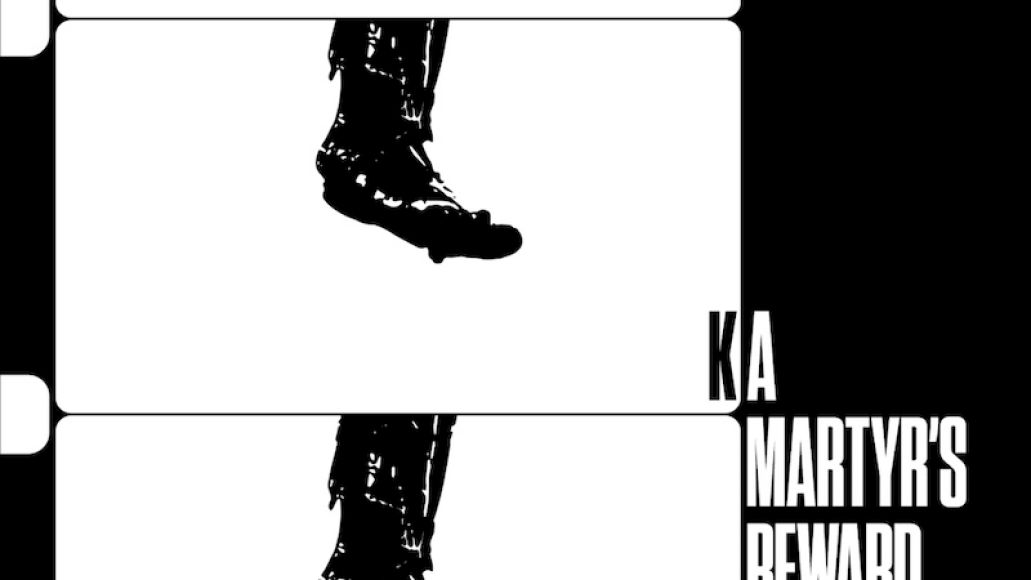 When’s the last time you took a trip to Brooklyn? Not important. All you need to know is the gentrified borough you hear about isn’t the one Ka inhabits. The Brownsville representer’s latest, A Martyr’s Reward, sounds like a Blaxploitation flick with a rapper attached — not in subject matter, but the actual music. Soulful while sparse, with nary a drum on any of its 13 songs, Ka’s laidback flow finds a home.

Ka’s gift is his observational eye, effortlessly putting words together to describe his neighborhood, family, childhood, Black history, and the violence that informs it all. Continuing his run of underappreciated and undervalued gems, if this is your first time hearing Ka’s name, A Martyr’s Reward is the perfect opportunity to give his music a listen. — M.S. | Listen on Apple Music 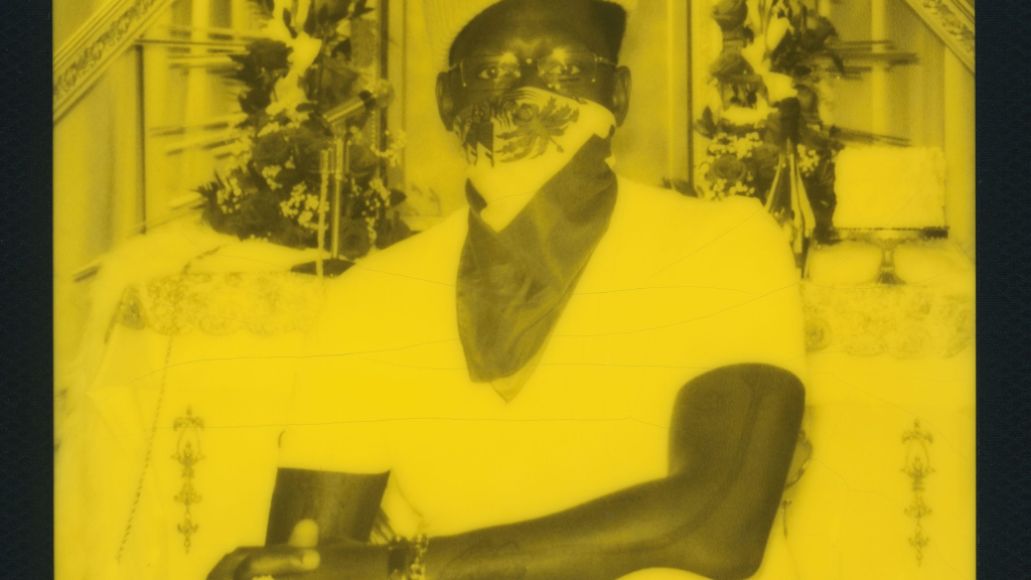 Mach Hommy’s whole thing is mystery. Balens Cho isn’t what one expects after earlier releases like Pray for Haiti (one of the best albums of 2021), as it’s less autobiographical and more about Mach remaking the world into a better place. “Self Luh” is a message we all need, and it doesn’t come off as corny or forced because the album builds to the moment.

Mach relays things he’s seen or wisdom given to him from others, and presses upon the importance of spreading that information. There’s an “each one, teach one” vibe, but steeped in East Coast beats and never forces itself upon the listener. It’s just Mach showing there’s not much he can’t do when it comes to music. — M.S. | Listen on Apple Music 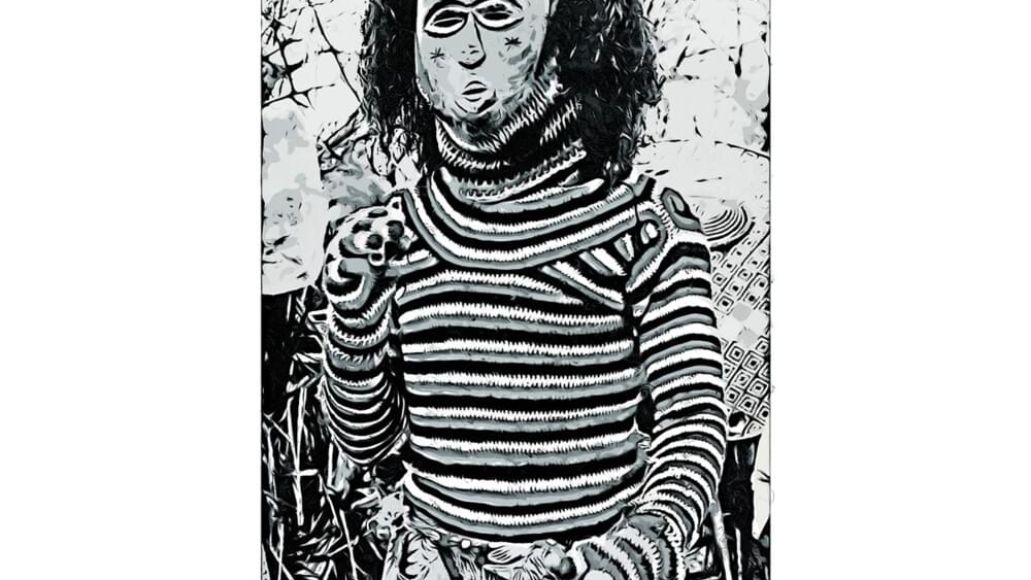 Teaming Philly poet and activist Moor Mother with one half of New York City duo Armand Hammer, BRASS was technically released in late 2020, but its pairing of spacy, jazz-infused production with non-linear rhymes steeped in Black history and Afrofuturism remained just as relevant in 2021.

With ominous, claustrophobic beats and oblique songwriting uninterested in hand-holding, the duo and a cast of collaborators including E L U C I D, Mach-Hommy, and Navy Blue challenge fans to give the album multiple listens. Like all great bodies of work, each go-around uncovers new layers and references, adding to one’s appreciation of Moor Mother and billy woods’ opus. — E.F. | Listen on Apple Music 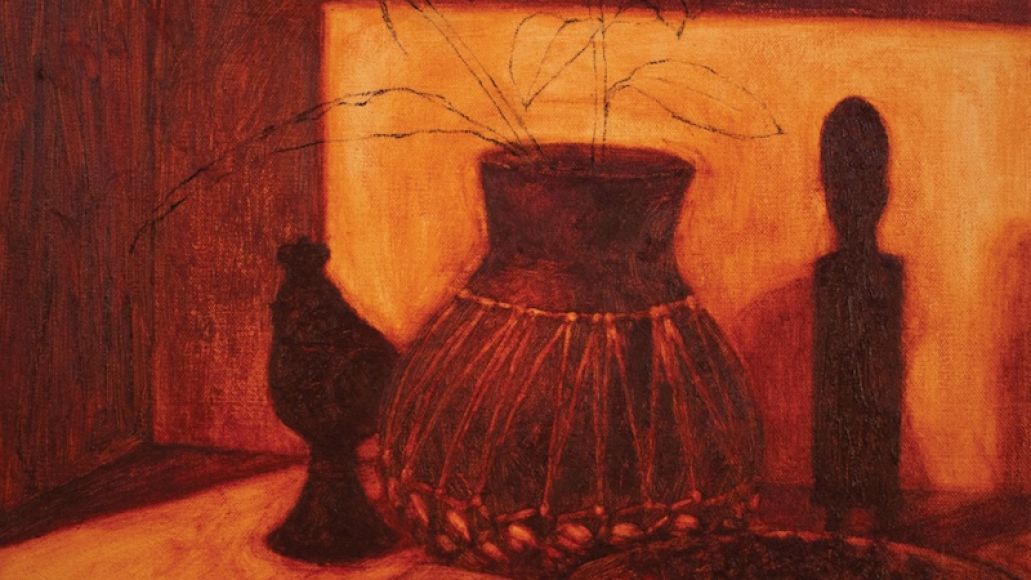 Navy Blue makes sure Navy’s Reprise never overstays its welcome. Clocking in at just under 40 minutes, the rapper’s third LP is from a different era. Combining the best of rap emanating from Cali and New York City, the son of both coasts raps over soul samples and never once tries to fit in with the current crop of superstars. Navy Blue’s presence is a testament to the freedom afforded to artists today. He’s not spoon-feeding his rhymes to listeners or slowing down his flow in hopes you will keep up. It’s a skill well beyond his 24 years, so here’s hoping his next album is just as dope and gets a bigger audience. — M.S. | Listen on Apple Music 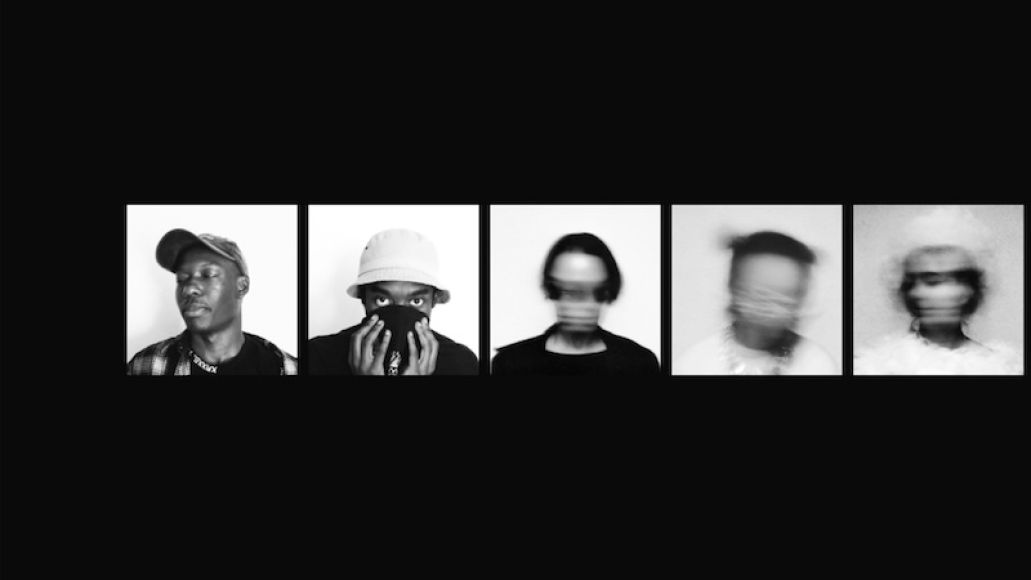 Hailing from Los Angeles, the mysterious duo of Louie Pastel and Felix surfaced in early 2021 with singles like the funky, off-center “SITUATIONS” (one of the Best Songs of the year) and the pensive groover “FORCE OF HABIT,” earning comparisons to hip-hop artists like OutKast, Death Grips, and clipping. On their May debut BOY ANONYMOUS, they continued to defy categorization by weaving in influences from hip-hop, funk, and post-hardcore.

Balancing contemplative lyrics about mental health (“BETTER DAYS”), romantic desire (“AREA CODE”), and the group’s ambitions (“CASINO”) with the straight-up shit talk of “PACK 4 DA LOW,” the tightly-wound project serves as a fitting introduction to one of the most exciting acts in music — regardless of genre. — E.F. | Listen on Apple Music 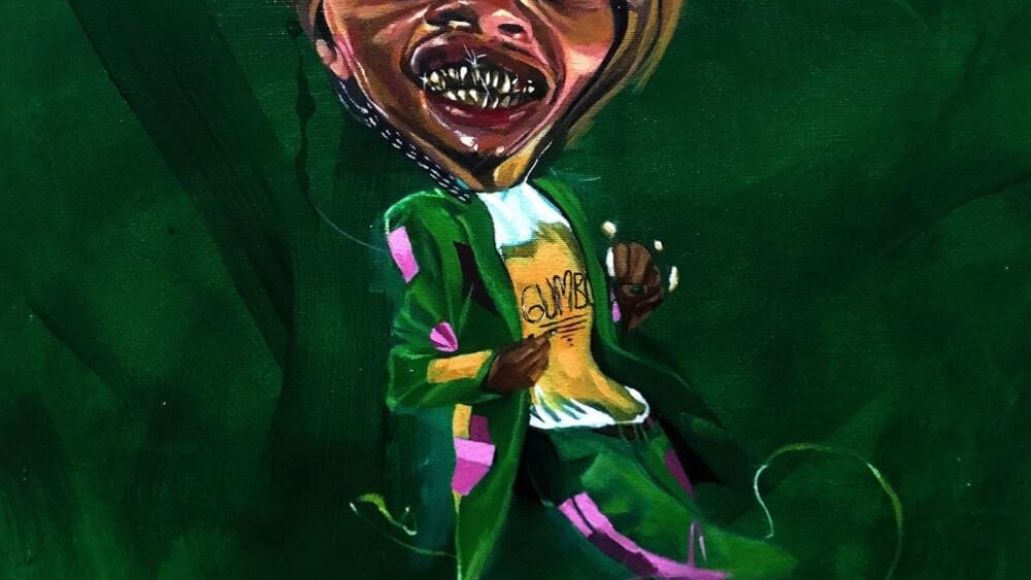 As the title suggests, Pink Siifu’s third album GUMBO’! combines a melting pot of influences ranging from Nirvana to Pink Floyd to Prince. With narration from The Dungeon Family’s Big Rube tying the project together, Siifu acts as a mad scientist of sorts without ever going off the rails. For example, “Scurrrrd” switches between poetry, rap, R&B, and psychedelic soul with the assistance of Rube, Georgia Anne Muldrow, Asal Hazel, and Nick Hakim while never sounding forced.

A rotating cast of producers like The Alchemist, Black Noi$e, and DJ Harrison spices up Siifu’s recipe without losing the interest of listeners. On paper, it would seem like GUMBO’! has too many cooks in the kitchen, but Siifu’s guiding hand makes it all fit together. — E.F. | Listen on Apple Music