Voivod have kept up a prolific pace of output across nearly four decades and continue to push their brand of technical progressive thrash to the outer limits of experimentation.

“Planet Eaters” picks up where the band left off with the excellent 2018 offering, The Wake. The spacey chord voicing, cosmos-obsessed lyrics, and a decidedly ambitious take on the signature Voivod sound make the track a thrilling way to introduce the new record.

As drummer Michel “Away” Langevin stated in a press release, the band felt that “Planet Eaters” had a “vintage Nothingface/Hatröss vibe” in reference to Voivod’s 1989 and 1988 albums, respectively. Appropriately the new song’s video was rendered by Pierre Menetrier — previously responsible for a “Nothingface” clip made using a Amiga computer in 1991 (the cover art style of Nothingface).

“The spectacular imagery and visual effects were just perfect for a Voïvod song,” Away said of Menetrier’s Amiga-made video, “so I immediately contacted Pierre and asked him if he could make a video for [“Planet Eaters”]. Once again, the result is just mind-blowing. You just can’t get more Voïvodian than that!”

Away called the rest of the Synchro Anarchy “a real collaborative effort,” adding that the LP “represents countless hours of writing, demoing, recording, mixing and so on.”

“The band and Francis Perron at RadicArt Studio gave their very best to make it happen under unusual circumstances, which led us to call it Synchro Anarchy,” Away continued. “We feel that the sound and music are 100-percent Voïvod, and we hope everyone will enjoy it as much as we had fun making it. We certainly can’t wait to play it live.”

Speaking of live, the deluxe 2-CD edition of Synchro Anarchy features the full studio album and the Return to Morgöth – Live 2018 bonus disc — a full live recording of Voivod’s 35th Anniversary hometown appearance at the Festival Jonquière En Musique on June 29th, 2018. The show was recorded and mixed by Perron and mastered by Yannick St-Amand.

Pre-order Voivod’s new album Synchro Anarchy via Century Media and on vinyl here. Watch the video for “Planet Eaters” and see the complete tracklist and album art below. 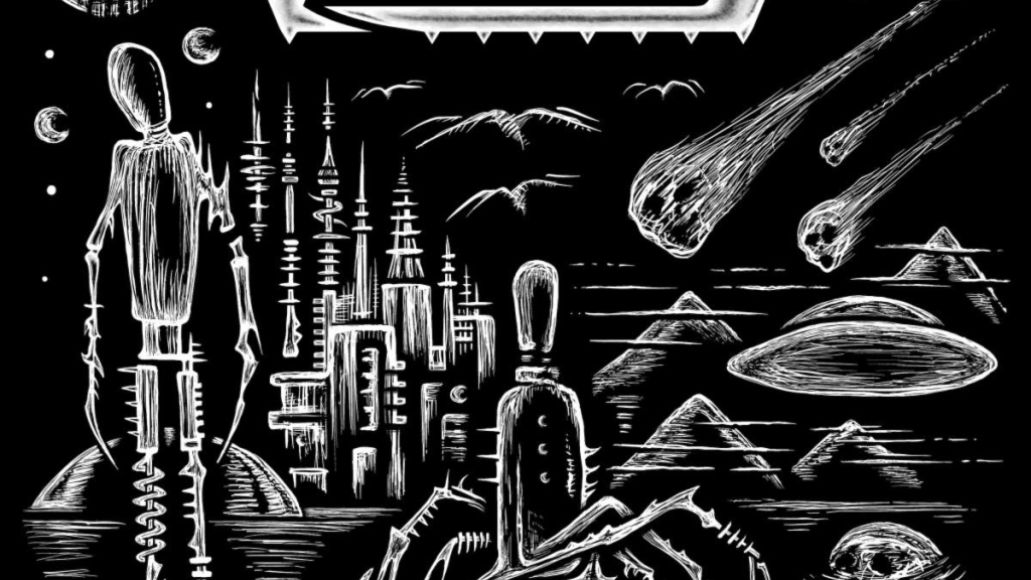