The Pitch: In the wake of the battle of Sodden Hill, rumbly-grumbly witcher Geralt of Rivia (Henry Cavill) has finally reunited with the adopted child handed to him by destiny: exiled Princess Cirilla (Freya Allen), last seen trundling around the woods by herself for an entire season.

But now, winter has come and it’s time for Geralt to get some R&R at Kaer Morhen, where witchers go to fill up on elixirs and ale and put up their feet till spring. With Ciri in tow, it may well be time to train her into a new witcher (even as the secrets of her true parentage threaten to upend the land).

Meanwhile, Geralt’s on-again-off-again sorceress lover Yennefer (Anya Chalotra) finds herself magicless after her explosion of fire “chaos” (read: magic) at the end of last season, first captured by the evil Nilfgaardians and then distrusted by her fellow mages at Aretuza for her miraculous escape. She’ll have to rely on some unconventional allies to survive, from the knight who was chasing Ciri last season (Eamon Farren’s Cahir) to Geralt’s estranged bard/comic relief sidekick, Jaskier (Joey Batey).

Between the rising threat of Nilfgaard (and their elfen genocide), the resurgence of new, more dangerous monsters, and more unscrupulous fantasy politicking, there’s more than enough meat for Geralt and crew to slice and dice their way through before the day is done.

Oh, Valley of Plenty: Depending on who you asked, the first season of The Witcher was either Netflix’s first genuine huge hit of 2019 or the first time Netflix goosed their numbers to make it seem like one. But whatever way you slice it, Lauren Schmidt Hissrich’s adaptation of the Andrzej Sapowski fantasy saga turned heads for a number of reasons: Cavill’s tree-trunk physique in tight leather pants slaying beasties, the Game of Thrones-y presentation, that irritatingly catchy “toss a coin to your witcher” song. 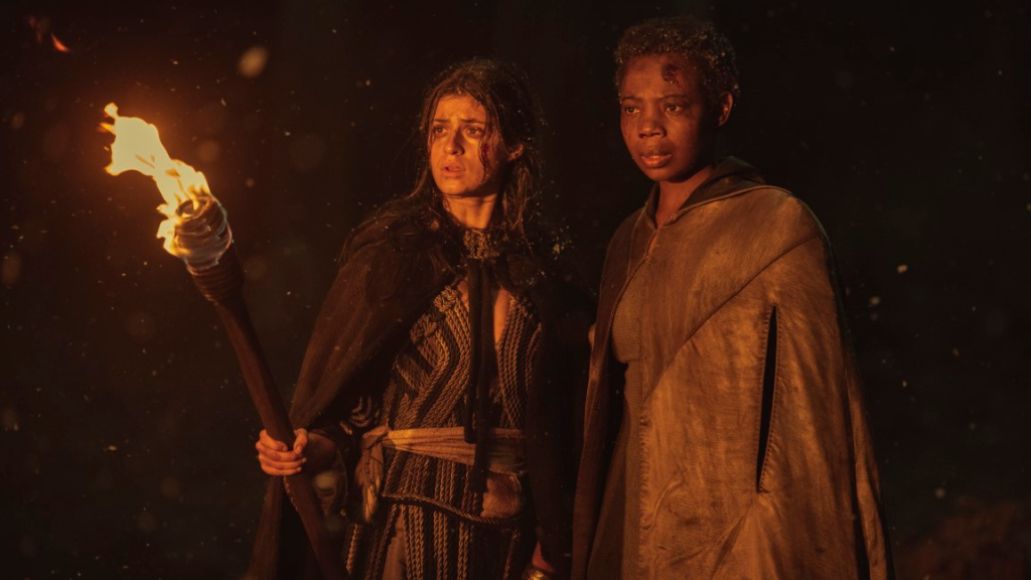 More than that, The Witcher quickly turned out to be less Game of Thrones and more like a big-budget action-fantasy series in the vein of Hercules: The Legendary Journeys and Xena: Warrior Princess. Sure, there are kingdoms and sprawling casts of characters, not to mention complex political dealings among warring factions. But the meat of the show was Cavill’s hulking Geralt pacing his way from one Hungarian forest to another, with quippy bard at his side, grunting and slashing his way through pulpy, largely-episodic quests. In this respect, Season 2 changes some things for the better, some for the worse.

For one thing, gone is the first season’s annoyingly fractured timeline; rather than flitting from one era to the next, leaving you guessing as to when events are actually taking place (difficult, since characters like Geralt and Yennefer don’t age on account of their magic provenance), this new story keeps you grounded in a fairly understandable chronology.

One cheeky scene even hangs a lampshade on criticisms of the first season, as a drunken tavern goer criticizes Jaskier’s ballads for being too “complicated.” (“It took me till the fourth verse to figure out there were multiple timelines!”) But in smoothing out the story, The Witcher shoves its characters in a slightly more serialized storyline that offers less room for those kinds of one-off adventures that made the first season so charming.

Toss a Coin to The Witcher's Strong, Straightforward Season 2: Review