Boston Calling has rolled out its 2022 lineup, led by a trio of formidable rock bands: Foo Fighters, The Strokes, and Metallica.

Due to the pandemic, Boston Calling has not taken place since 2019. Prior to its postponement, the 2020 festival had been set to feature Foo Fighters, Rage Against the Machine, and Red Hot Chili Peppers at the top of the bill. 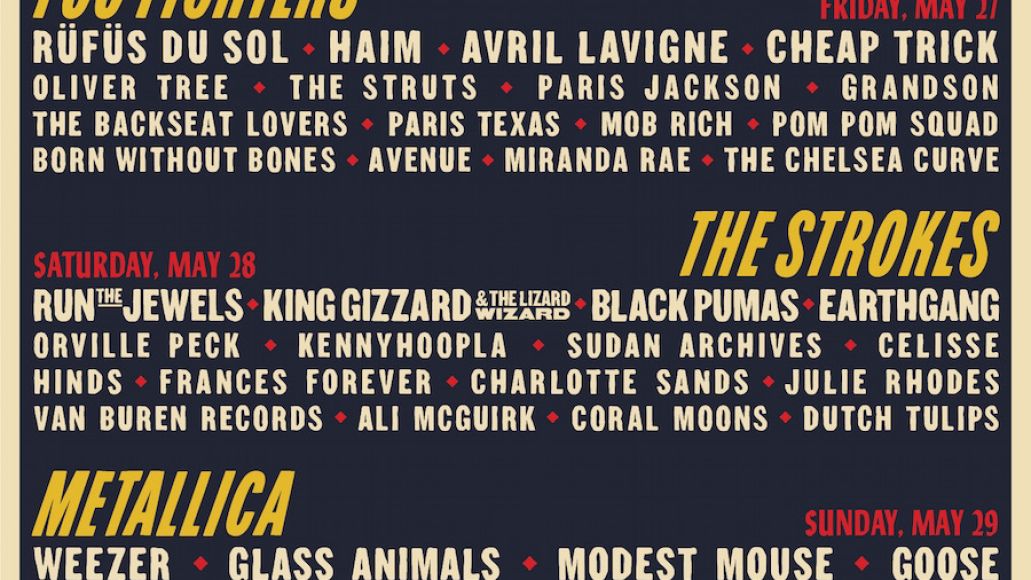