Aussie rockers Camp Cope have made their comeback official with the announcement of their upcoming album, Running with the Hurricane, out March 25th via Run For Cover Records. As a preview, the trio shared the title track, which you can stream below.

Also featuring Camp Cope’s November single, “Blue,” Running with the Hurricane was made at Sing Sing Recording Studios with engineer Anna Laverty, who co-produced the album with vocalist Georgia Maq. The group brought in Courtney Barnett and Shauna Boyle (of Cable Ties) to provide additional instrumentation, with the former contributing to “Caroline” and “Sing Your Heart Out” and the latter playing on “One Wink at a Time.”

“The first record was us diving into whatever Camp Cope created, the second album was us when we were in the thick of it, and then this album is about how we’ve come out the other side,” Maq said in a statement about the forthcoming LP. “And we’ve come out stronger, more loving, more peaceful and better friends.”

Bassist Kelly-Dawn Hellmrich added that the band set out to just do “something that makes us happy and might make other people feel good too” while recording the album.

Running with the Hurricane pre-orders are ongoing through Run For Cover Records. Check out the artwork and tracklist below.

Camp Cope’s last studio effort was 2018’s How to Socialize and Make Friends. Since then, Maq has shared her 2019 solo debut, Pleaser, and the loosie “Someone Stranger,” released last July.

Running with the Hurricane Artwork: 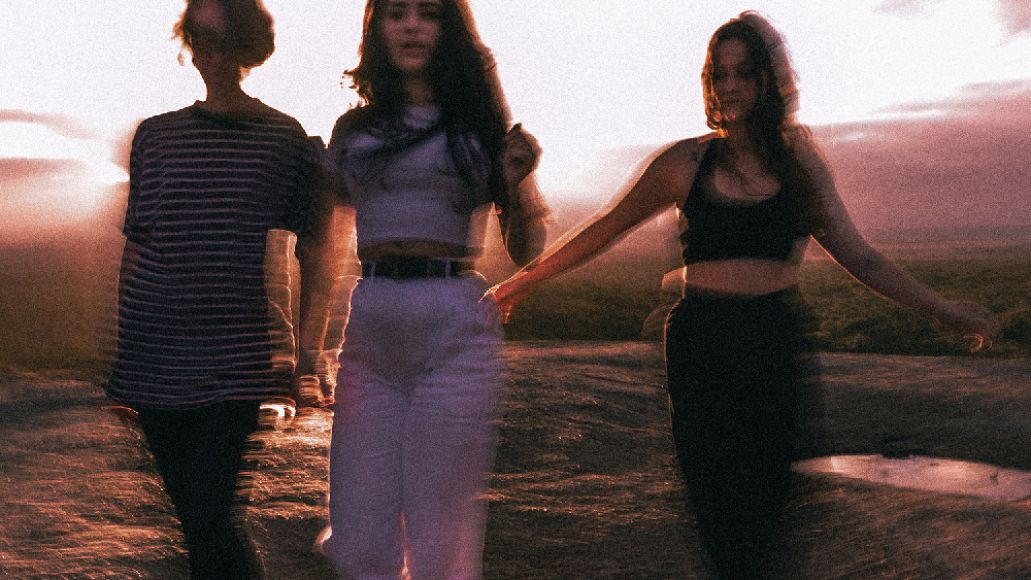