Converge have announced a March 2022 US tour, and they’re bringing along heavy-hitting support acts Full of Hell, Uniform, and Thou.

As previously reported, Converge were forced to drop off their tour with Meshuggah after the dates were rescheduled. Instead, Converge will headline a stacked bill of underground talent for 10 concerts throughout March.

The trek kicks off March 10th in Philadelphia and wraps up on March 20th in Detroit, sticking mostly to the East Coast and Midwest. Get tickets via Ticketmaster.

Converge were supposed to be supporting Meshuggah during that span, but we’re certainly not complaining about the contingency plan. Due to the strength of the support acts, the order of the openers will change every night.

“Attendees should arrive to the shows early to ensure seeing every band,” reads Converge’s press release.

Full of Hell and Uniform will bring their industrial-inspired sonic assaults, each coming off the release of excellent full-length albums in 2021. Meanwhile, sludge metallers Thou remained quiet for most of the year following a pair of collaborative releases with Emma Ruth Rundle.

As for Converge, the veteran band took a cue from Thou and teamed up with Chelsea Wolfe for the excellent Bloodmoon: I collab LP — one of our top heavy albums of 2021.

See the full list of dates for Converge’s March tour below, and get tickets here. 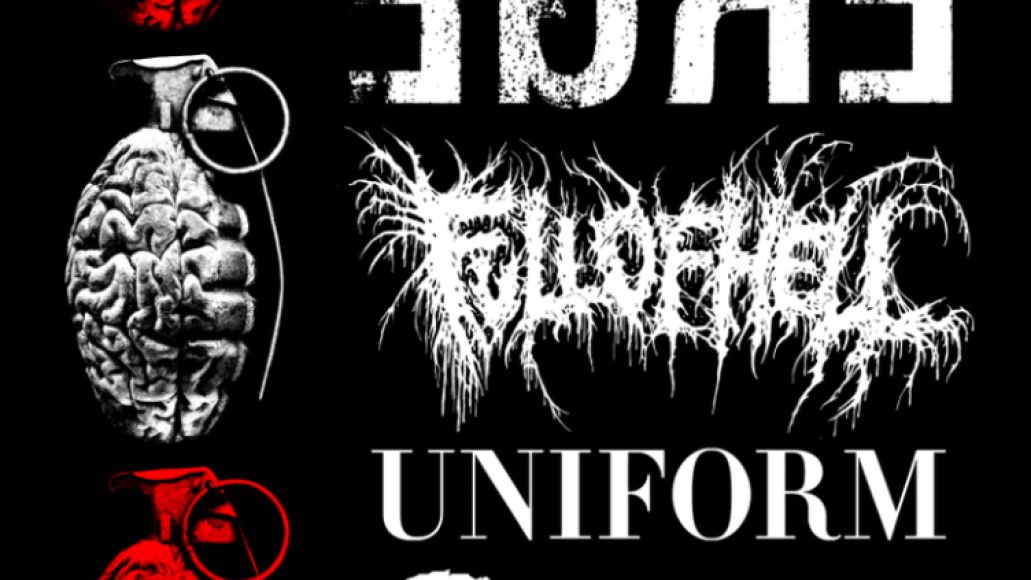 Converge Announce 2022 US Tour with Full of Hell, Uniform, and Thou