Destroyer are ready to get lost in a new album. LABYRINTHITIS arrives March 25th on Merge Records, and as a preview, songwriter Dan Bejar and frequent collaborator John Collins have shared the new single “Tintoretto, It’s for You.”

The follow-up to 2020’s Have We Met, LABYRINTHITIS was largely written in 2020 with Bejar in Vancouver sending ideas to Collins on the nearby Galiano Island. In a statement, Bejar said, “I had an idea of writing a couple lines on the idea of ‘mystery’ and ‘goin nowhere,’ as they are two of my favorite themes. That and the Grim Reaper and being pursued by some silent, unnamable thing that constantly lurks one foot to the left of you. Especially as the world’s decay becomes increasingly less abstract. Also wanted to write on the romance of terror. The song ‘Tintoretto, It’s for You’ speaks to all these things, oddly enough so does the video.”

The lead single opens with a bass line falling like heavy footsteps. “Do you remember the mythic beast?” Bejar asks, evoking the fabled minotaur of the labyrinth. “Tintoretto, it’s for you/ The ceiling’s on fire and the contract is binding.”

The accompanying music video was directed by David Galloway. “It hopefully presents some loose giallo vibes despite the fact that it clearly isn’t a giallo at all,” he said, referring to the iconic Italian spaghetti slashers. “Nobody dies, nothing is explored at length, and it’s ultimately a collection of neighborhood red herrings. All leads that go nowhere. But that’s the mystery. That’s the mystery about music videos.”

Check out the LABYRINTHITIS artwork, and watch the video for “Tintoretto, It’s for You,” below. Pre-orders for the album are ongoing. You’ll be able to hear those songs on Destroyer’s upcoming 2022 North American tour. It kicks off in April, and tickets are available here. 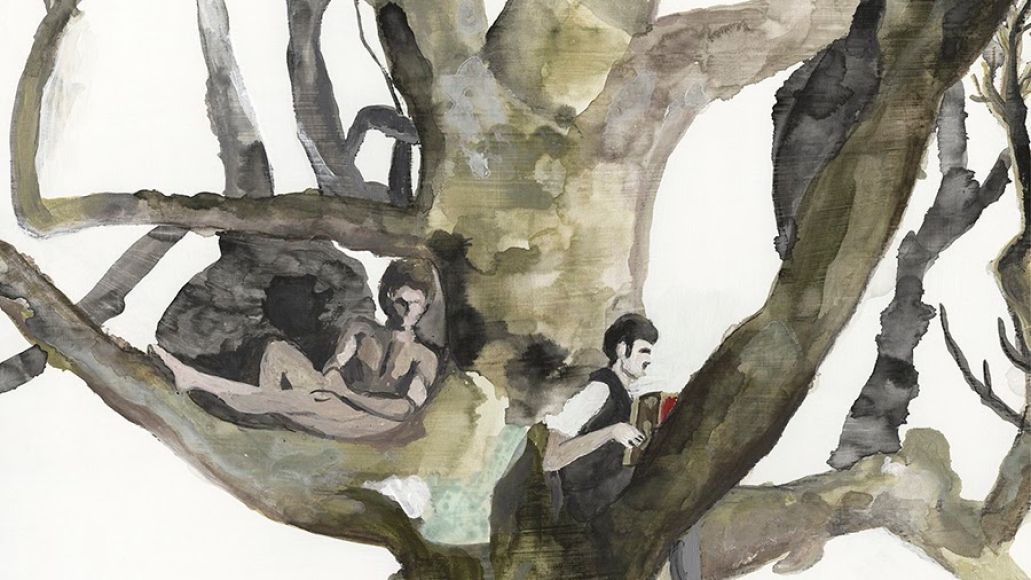