With over two dozen studio collections — and roughly fifty years as a professional musician — under his belt, English power-pop/pub rock songsmith Elvis Costello has nothing left to prove. And yet, he’s been putting out superb records since 1977’s My Aim is True. In fact, 2020’s Hey Clockface was one of his most multifarious and consistent efforts in several years.

Fortunately, follow-up The Boy Named If (out Friday, January 14th) is another winning entry in his repertoire. Admittedly, it’s not quite as exceptional or significant as its immediate predecessor, but it nonetheless proves that Costello (and The Imposters) are still highly capable of dishing out charmingly eccentric, poignant, and catchy compositions like no one else.

According to Costello, the album’s full title is The Boy Named If (And Other Children’s Stories). He explained in a statement: “‘IF,’ is a nickname for your imaginary friend; your secret self, the one who knows everything you deny, the one you blame for the shattered crockery and the hearts you break, even your own…”

Once again, he enlisted Sebastian Krys as co-producer. In contrast to the miscellaneous, globe-spanning cast of musicians who appeared on Hey Clockface, though, The Boy Named If naturally features the same line-up as 2018’s Look Now (Costello, keyboardist Steve Nieve, bassist Davey Faragher, and drummer Pete Thomas). Unsurprisingly, each one of them stands out as an essential part of the recipe, and it’s clear that the chemistry between them is as strong as ever.

The set wastes virtually no time delighting and impressing thanks to the quasi-symphonic quirkiness of the title track. Full of dynamic arrangements and satisfyingly erratic phrasing, it offers some truly adventurous instrumentation and hearty singing.  “Penelope Halfpenny” and “The Difference” are just as full-bodied, but with a bit more carnivalistic edge and hooky romanticism. Another heavy highlight comes with “Mistook Me for a Friend,” where backing harmonies, wide-ranging verses, and in-your-face rhythms find the foursome successfully stretching themselves vocally and instrumentally.

As expected, the record also contains some softer gems that demonstrate the group’s resilient knack for nuance and melody. Namely, there’s “Paint the Red Rose Blue,” a gorgeous ballad concerning “a bereft couple [who] learn to love again, painting a melancholy blue over the red of romance.” Its sundry accentuations and expressive storytelling (“He haunted the shadows/ And waited until/ They had secrets to sell him/ And some practical skill”) make it extraordinary. Oh, and Costello embodies the subject matter through his trembling timbre, too.

At times, the slightly more Americana “My Most Beautiful Mistake” — a duet between Costello and the always-great Nicole Atkins — nearly reaches the same level of mesmerizing mournfulness. Notably, and probably unintentionally, the penultimate “Trick out the Truth” seems like an alternative version of the outstanding “God’s Comic” (from 1989’s Spike). As for closer “Mr. Crescent,” it evolves tactfully from a lightly decorated acoustic ode to a divinely embellished farewell whose magnificence lingers long after it’s finished.

While the vast majority of the LP is fantastic, that doesn’t mean it’s flawless. In particular, blues rock opener “Farewell, OK” (initially penned as a deservedly hostile send-off to 2020) is surprisingly unimaginative and off-putting. Sure, its crassness conveys how fed-up Costello — like all of us — is with the pandemic, but that doesn’t mean it’s an enjoyable listen. Similarly, “What If I Can’t Give You Anything But Love?” is pleasing enough, yet undeniably cliché in terms of both its music and its central topic.

Those issues notwithstanding, The Boy Named If is a wonderful record and a testament to Costello’s enduring originality and talent. Honestly, few other artists who’ve been at it for this long are able to retain such remarkable vivacity, skill, and creativity. Likewise, the Imposters continue to produce a captivating formula that none of Costello’s other backing bands (no matter how great in their own right) can match. As usual, the quartet have produced something genuinely special here, and their next collaboration can’t come soon enough.

Catch Elvis Costello & the Imposters on tour; tickets are available via Ticketmaster.

Essential Tracks: “Paint the Red Rose Blue,” “Trick Out the Truth,” “The Boy Named If,” “My Most Beautiful Mistake”

The Boy Named If Artwork: 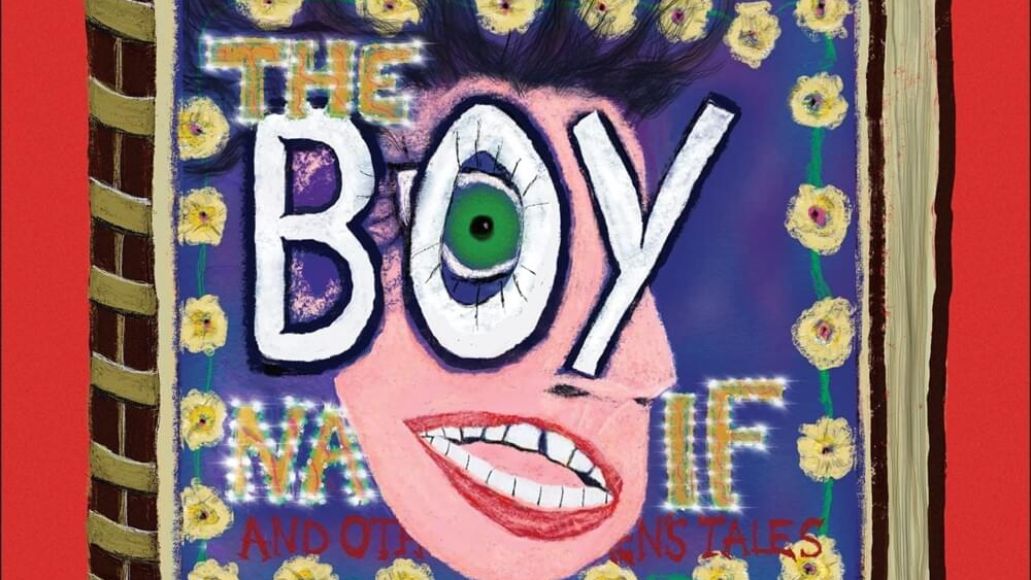