If you were shut out of tickets for the When We Were Young Festival, you can drown your sorrows on the sea. The inaugural Emo’s Not Dead Cruise boasts headliners Dashboard Confessional, New Found Glory, Underoath, and more of your favorite scene bands, and literally has the tagline “Sailed on a Sea of Tears.”

It sure seems like 2022 is shaping up to be “The Year of the Emo” — the aforementioned When We Were Young fest in Vegas features a bonkers lineup of just about every emo act imaginable, and while not quite as extensive, Emo’s Not Dead Cruise offers an impressive bill of likeminded acts. Joining the aforementioned headliners are Thursday, Plain White T’s, Silverstein, Emery, Hawthorne Heights, and more.

The ship sets sail November 8th from Los Angeles and makes its way to Ensenada, Mexico, before returning on November 12th. Pre-sale tickets are available as of today (January 27th), with a general on sale beginning 9 a.m. PT on Friday (January 28th). Pricing starts at $620 per person for a four-guest cabin to $5,871 for a single person in the “Owner’s Suite.”

Prior to announcing the cruise, Emo’s Not Dead primarily existed as a an apparel brand. A video promo for the cruise stars popular YouTube personality Your Broken Hero (aka Matt Cutshall), who appears to be spearheading the cruise and will be delivering his first ever live performance on the ship. Even the official description of the cruise is super emo:

“It was never a phase, Mom! Grab your blackest eyeliner, tightest skinny jeans, and join MATT CUTSHALL & FRIENDS aboard the EMO’S NOT DEAD CRUISE! Sailing November 8-12, 2022, on Norwegian Jewel from Los Angeles, California to Ensenada, Mexico, brace your fragile heart and get ready for 4 memorable days that will bring tears to your eyes (more than usual).”

Emo’s Not Dead Cruise is being produced by Sixthman, known for such boat rides as Flogging Molly’s Salty Dog Cruise and the KISS Kruise, among several others.

Watch the promo clip and see the full lineup poster below. Visit the official Emo’s Not Dead Cruise website for more information. 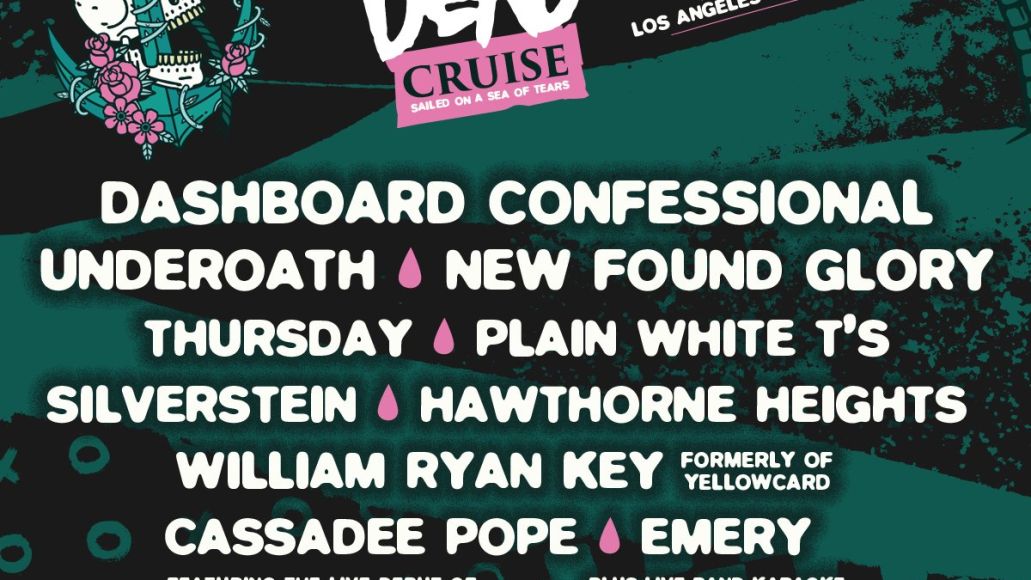