Eric Nam’s new album There And Back Again (out today, January 7th), kicks off the first track, “Lost On Me,” with a resigned confession many will find familiar: “When we met, I was stuck in a troubled headspace.”

A neat seven songs later, on the poetic, pleading “One Way Lover,” things don’t feel all that different: “What’s my name sitting next to inside of your head, if it’s even there?”

There And Back Again as an album title indicates something cyclical, and while the LP has some lyrical bright spots (namely the previously released single “Any Other Way”), it feels, as a whole, like the story of someone who moves through a number of experiences only to end up in a similar place.

“Very astute observation,” Nam says of this assessment, speaking with Consequence over Zoom. “It was a tough year in many ways, and it all kind of came out into the music.”

There And Back Again, on a more literal level, also summarizes the series of events that led up to this release, Nam’s first as an independent artist. He’s spent the past decade working primarily in the K-pop world, where new music meant performances on specific music shows, detailed schedules, and a more intense recording process. Raised near Atlanta, Nam moved to South Korea after graduating from college, where his career as an artist and interviewer quickly took off — yet it was the recent return to America that was the catalyst for exploration as an indie musician.

“I constantly don’t know what’s happening,” he says of the shift. “I know we all kinda feel that way, but adjusting to what it means to be an independent artist in 2022, given that I’ve never done it this way before, is a very wild journey.”

The album’s lead single, “I Don’t Know You Anymore,” is bouncy and bright, despite the bummer of a story within. It was followed by “Any Other Way,” which Nam describes himself as a “cowboy, western, whistle-your-gat-dam-ear-off banger.” The third and final single, “Lost On Me,” is the song he claimed as his favorite the day he spoke with Consequence (with the caveat that his favorite changes every day).

In a previous conversation with Consequence, Nam mentioned that someday he’d like to record a country record, and, listening through this album, that idea really doesn’t sound like too much of a stretch. There’s a coziness and conversational element to There And Back Again that makes a foray into that genre feel almost inevitable. Part of that could be attributed to the stripped-down way the album was recorded, which was entirely in the living room of his producer and longtime collaborator, Rabitt.

It’s a far cry from a slick studio in Seoul, and behind-the-scenes footage in a new album documentary often shows the singer or his team in sweatpants, iced coffees in hand. “In the past, we would write everything, I would take it back to Korea and go into a soundproof, professional studio and re-record everything,” he explains. “But this time we were like — why don’t we just try and do it in the living room? And if I didn’t tell you that, nobody would know.”

Nam is not wrong about that. The album sounds fantastic, and it’s pretty remarkable that the atmospheric, layered harmonies on “Wildfire” were executed in such a space.

There seems to be a sense of freedom that’s arrived with this independent release for Nam, especially now that many of the biggest hurdles of making an album are behind him. He’s been dropping spoilers, sharing footage, and following his own timeline. In response to the observation that a big part of his recent promotional strategy has been tweeting out song lyrics in all caps with no explanation, he’s giddy.

“If you know, you know — you know? People respond and ask, what are you doing? Well, maybe you should figure it out.”

There And Back Again Stream: 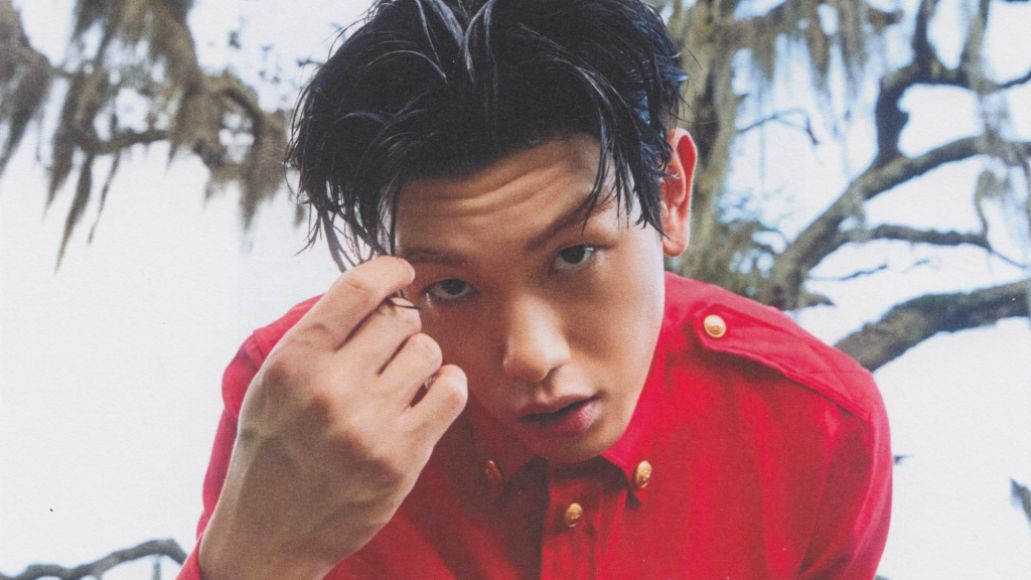 Eric Nam on Releasing His First Album as an Independent Artist: "It All Came Out Into the Music"