The Pitch: HBO’s provocative teen drama returns on Sunday, January 9th, and while plenty of things have changed for the characters in this neon-soaked, nightmarish dreamscape of Southern California, so much is still the same. That’s the thing about addiction, isn’t it? It’s a cycle that’s very, very hard to break. But we as the audience are once again in the hands of young addict Rue as our omniscient narrator, who continues to be lovingly brought to life by Zendaya, the youngest person ever to win an Emmy for Best Actress for a Drama Series.

Repeated like a refrain, delivered like a prayer, this sentence is a concise summary of many of the central struggles in Season 2 of Euphoria. To that end, things pick up in fairly familiar territory — the opening sequence of the new season is bloody, expertly shot, blunt, and includes an ample dose of full-frontal nudity.

Plot-wise, the season drops in the viewers very shortly after where Season 1 left off. As a quick refresher for anyone who somehow managed to forget the stunning single-take song and dance sequence that closed out the first season, Rue has relapsed. Again.

During the pandemic, writer, creator, and director Sam Levinson was able to put together two sparse (but effective) specials centered on Rue and her would-be other half, Jules. It’s not critical for viewers to have seen both during the gap between seasons, but they do help fill in some of the blanks. As with the special, one of the highlights of the show continues to be its treatment of Jules, inhabited so authentically by Hunter Schafer.

Remember This Feeling: Many of the beats this season are familiar (again, consider the cyclical nature of addiction), but nothing about this new season of Euphoria is ever boring. Say what you will about Levinson — and, to be clear, there’s plenty to be said about the way he writes dialogue, especially for young women — but the camerawork and production design on this show are hard to beat. Much like the first season, things are still immaculately choreographed, with long takes through massive set pieces, stunning cinematography, and indulgent colors and costuming providing a near-constant feast for the eyes.

The main cast of characters surrounding Rue remains relatively unchanged, with a few noteworthy exceptions. One of the best decisions of the season is offering an expanded role for Lexi (Maude Apatow), who absolutely shines with a plotline involving her coming into her own. The same goes for the already likable Fezco (Angus Cloud), even more sympathetic as a dealer trying to do right by everyone around him. 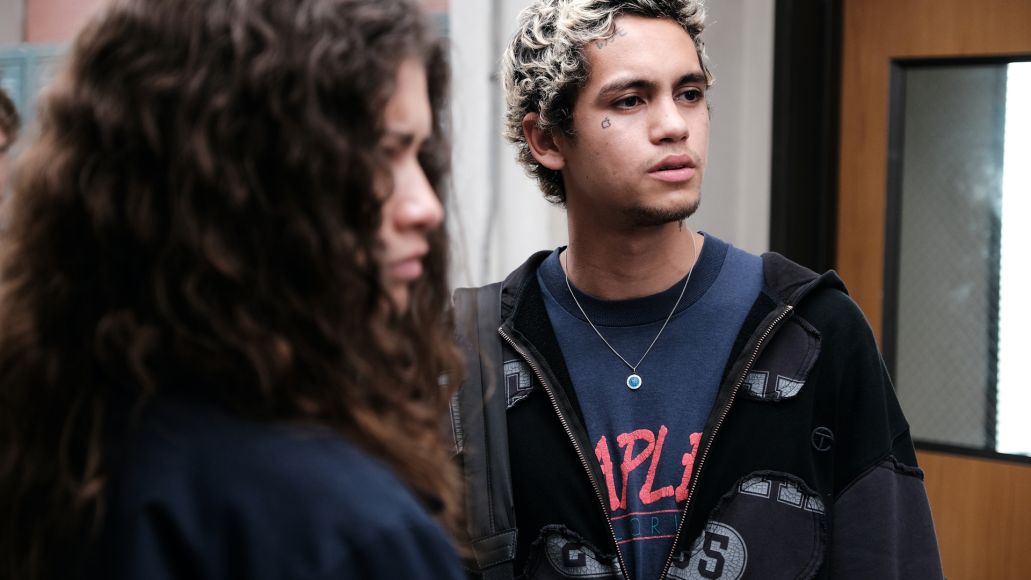 Then there’s musician Dominic Fike in what’s somehow his debut acting role. He’s fantastic as Elliot, a newcomer who throws a chemical explosion into the mix for Rue and Jules. Season 2, or at least the first seven episodes of the season that were shared with critics, spends a heavy portion of time with this trio, where just one of the interesting explorations of power dynamics occurs.

Taking It All For Us: These power dynamics unravel in some gripping ways throughout the season, like with Maddy (Alexa Demie, holding her own) and a shimmering housewife played by Minka Kelly, another new addition. Rue continues to oscillate between frustration and a parental affection towards her sponsor Ali (Colman Domingo, warm and wonderful). The still-villainous Nate (Jacob Eldori) continues to terrorize almost everyone around him and unlocks a new set of problems with Cassie (Sydney Sweeney).

Ah, Cassie. We’re well past the point of pearl-clutching at the antics displayed in Euphoria, but the outright pornographic sequences featuring Cassie are at odds with the insistence that these characters are in high school. It feels a bit grotesque for the show to frequently indulge in lengthy, slow-motion nudity sequences of characters explicitly confirmed as underage. Sydney Sweeney is a very good actress and manages to imbue Cassie with layers, but it often feels like the camera is leering at her as much as Nate does.

And again, as strong as Levinson is technically, there are a few other stumbles thematically and in dialogue. One extended sequence seems to attempt to draw a parallel between Cassie and Cal, Nate’s father (terrifying in the hands of Eric Dane), and it’s a connection that fails to exist or materialize anywhere else in the season. A slow-motion dance sequence set to a perfectly placed needledrop does not an effective point make, Mr. Levinson.

On the note of Cal, though, Eric Dane kicks things into high gear, particularly with one monologue so lengthy and visceral that it’s almost dizzying. The stakes are higher than ever this season, for everyone. The danger is real for Rue and her friends — most of all, though, for our Rue. 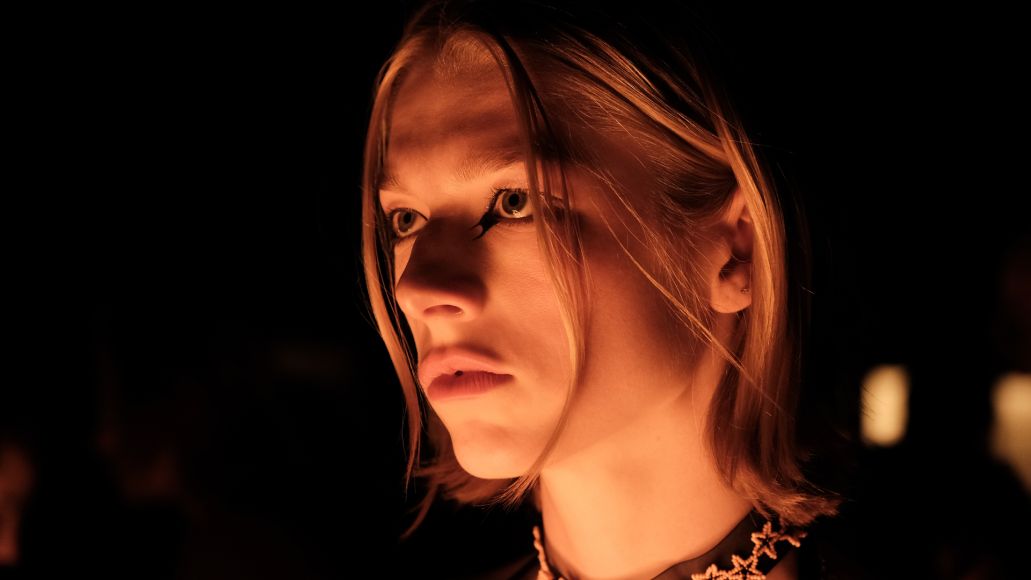 You Are the Cause of My Euphoria: Viewers should look forward to Episode 5, one of the most tightly-wound hours of television in recent memory. Zendaya, of course, is always the beating heart of the show, something that thankfully did not change in this second season, but this episode rests entirely on her slight shoulders. Nika King is another standout here as Rue’s distraught mother, alongside Storm Reid as Rue’s younger sister, Gia. Zendaya could perhaps use any thirty seconds of this episode for an Emmy clip going into this next awards season.

Meanwhile, the soundtrack and score both remain immaculately curated, with Labrinth leading the way once again.

The Verdict: Throughout the season, there’s some moving imagery and conversations about religion and faith, an unexpected direction for the show and those who inhabit it. Questions of morality abound; C.S. Lewis is quoted; in one memorable moment, Zendaya looks to the sky and pleads, “Please, God, don’t let me die.”

People watch Euphoria for an abundance of reasons, but the show really is so much more than absurd Y2K outfit inspo, an ad for sparkly eye makeup, or dreamy blue and red lighting. At its core, it’s a heartbreaking story of a girl trying to survive.

Euphoria has proven time and time again that darkness is somewhat inevitable. But as Lexi says, though, reading a Rilke poem in a moment of desperation, “Let this darkness be a bell tower and you the bell.” Perhaps there’s some reason for hope, after all.