The Pitch: With The Gilded Age — frankly, you had us at “from Julian Fellowes, the creator of Downton Abbey.” Those who watched the six-season ITV/PBS Masterpiece drama may remember too well how addictive that series could be, when the plotlines were cooking up some wild twists and the scandals were just too much. So, while the five episodes of his new HBO period drama provided in advance to critics have yet to hit that “Poor Mr. Pamuk” sweet spot, the potential is here for a simply delicious soap opera.

I Don’t Really Need the D, I Need the Money: In lieu of a Maggie Smith, why yes, Christine Baranski will do quite nicely. The icon was born to play a role like Agnes van Rhijn, who married well to fill the coffers of her old-money family after her brother squandered the family fortune, and, now happily widowed, is living in the center of 1882 New York high society with her more simply and sweetly dispositioned sister Ada (Cynthia Nixon).

Their household has gotten a little more crowded, though, as the death of the aforementioned ne’er-do-well brother means his daughter Marian (Louisa Jacobson) is now in need of a home, and her aunts invite her to stay with them. (One of them far more eagerly than the other.)

As a young single woman with no money but plenty of other virtues, Marian seems set to cause a stir on the marriage market — meanwhile, her new friend Peggy (Denée Benton) has greater ambitions to be a writer, despite being a Black woman at a time when the concept of a Black woman writer was as unknown as the idea of a horseless carriage.

Born to Flex/Diamonds on My Neck: Across the literal street from the van Rhijn house, meanwhile, are the new money Russells, with railroad tycoon George (Morgan Spector) and ambitious wife Bertha (Carrie Coon) having just completed some extensive renovations. Now ready to invite New York society into her very fancy house, Bertha faces the insurmountable mountain that is New York society snobbery, which has no interest in making room for Bertha and her like. 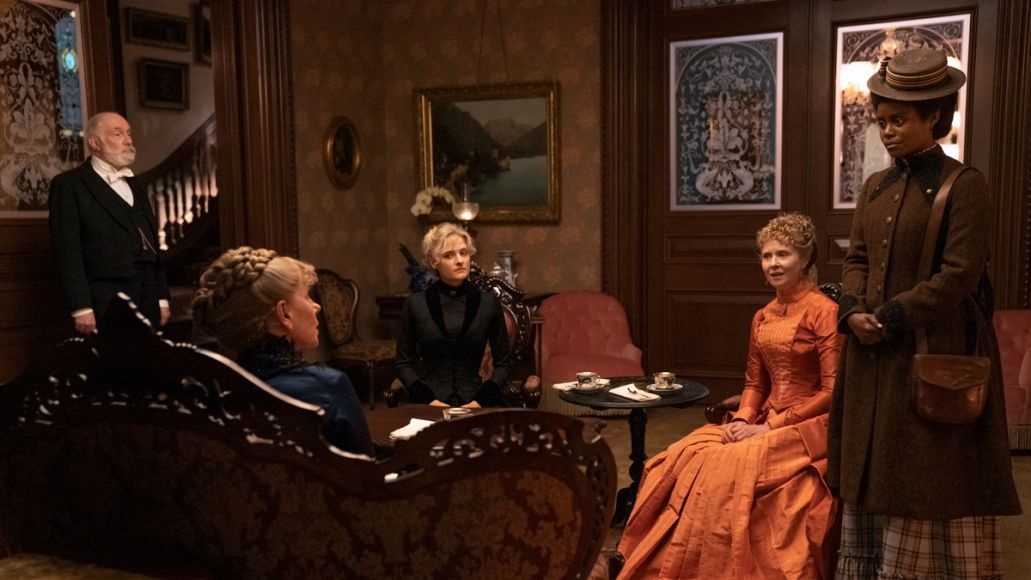 Bertha has money and determination on her side, while Agnes has pride and tradition. It’s a conflict with epic potential, made all the more exciting by the fact that The Gilded Age avoids pretty cleanly, at least so far, the temptation to drag any of its characters too far into villainy.

Kiss the Ring and Kick Rocks, Sis: If The Gilded Age has one significant flaw (and how fatal it might actually be remains to be seen), it’s that it’s trying to do a lot, specifically when it comes to introducing a sprawling cast that covers so many corners of Julian Fellows’ New York.

The upstairs/downstairs aspect of Downton Abbey worked in part because of some brilliant casting, but also because while the cast did expand over the years, it all remained relatively focused on one household and its staff and residents. Gilded Age, meanwhile, features at least two different homes and their attendant butlers and cooks and maids, and then add in the other famous families of the era…

Point is, the ambition of the series is impressive, but don’t be surprised if you’re spending a lot of time trying to remember which butler works in which house. Things might get easier with time, but the biggest issue caused by this amount of split focus is that the character development at this stage is pretty thin across the board.

This is the sort of series where each role will get richer with time, but it’s hard to say who the standouts are amongst the supporting cast, simply because there are so many of them that the good moments they do get to shine are so scattered about. 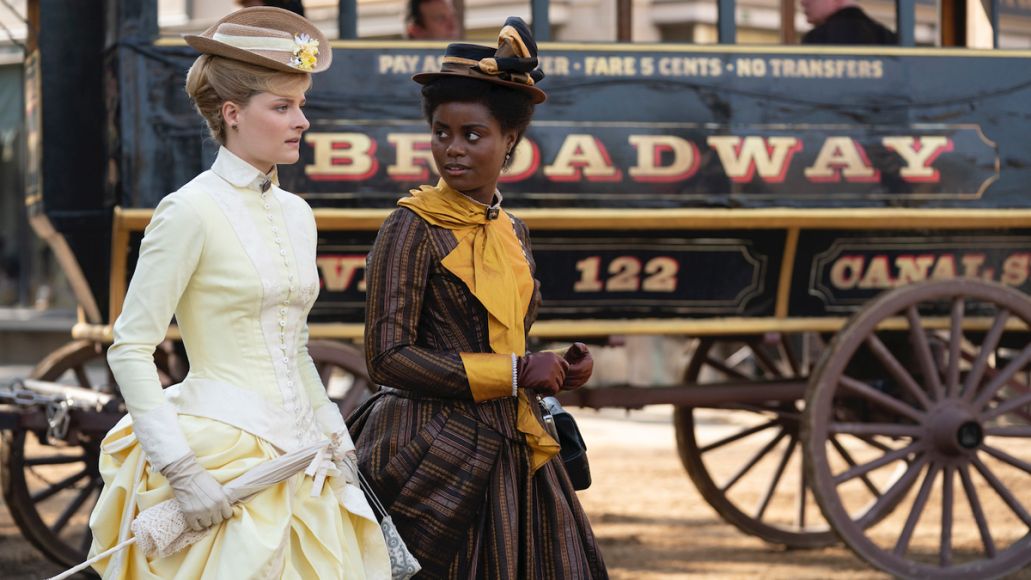