If you’ve ever wanted to get married while rocking out in front of your favorite early 2000s hard-rock acts, now’s your chance. The inaugural Honeymoon Rock Fest in Oklahoma City will feature headliners Puddle of Mudd, Scott Stapp, and Sugar Ray, among other bands of the era.

Sounds weird, right? But we’re not making this up. According to the festival press release, “Between musical sets, couples who purchase a wedding package can tie the knot in front of thousands of cheering fans, where so many of the musicians are excited to officiate.”

Somehow, having embattled Puddle of Mudd frontman Wes Scantlin officiate a wedding sounds highly entertaining and downright ridiculous at the same time, but we can’t wait for the YouTube clips.

As for the festival itself, it takes place October 18th-20th at Oklahoma City’s Remington Park, with three-day passes and single-day tickets available via the official Honeymoon Rock Fest website, where you can also find info on wedding packages.

Joining Puddle of Mudd on the Friday (March 18th) bill are Fuel, Eve 6, Wheatus, and Aranda, among others.

The Saturday (March 19th) lineup will be top-lined by Scott Stapp (billed as “The Voice of Creed”), with Saliva, Saving Abel, Powerman 5000, Tantric, and others also on tap for that day.

On Sunday (March 20th), Sugar Ray will close out the fest after sets by Candlebox, Everclear, The Nixons, Sister Hazel, and more.

Festival organizer Leia Sigler said Honeymoon Rock Fest “is a music festival to celebrate love, and that’s exactly what people need right now. The world today seems so divided, so this is our chance to bring people together and raise a glass to the things that unite us all — great music, romance, and lifetime devotion. This is a true original event. There’s never been another like this anywhere.”

Candlebox frontman Kevin Martin added, “Candlebox is stoked to be sharing the stage with so many of our old friends and musical families in celebration of what some would say is the last great era of rock ‘n’ roll. Cannot wait, let the honeymoon begin!”

See the full Honeymoon Rock Fest lineup in the poster below. 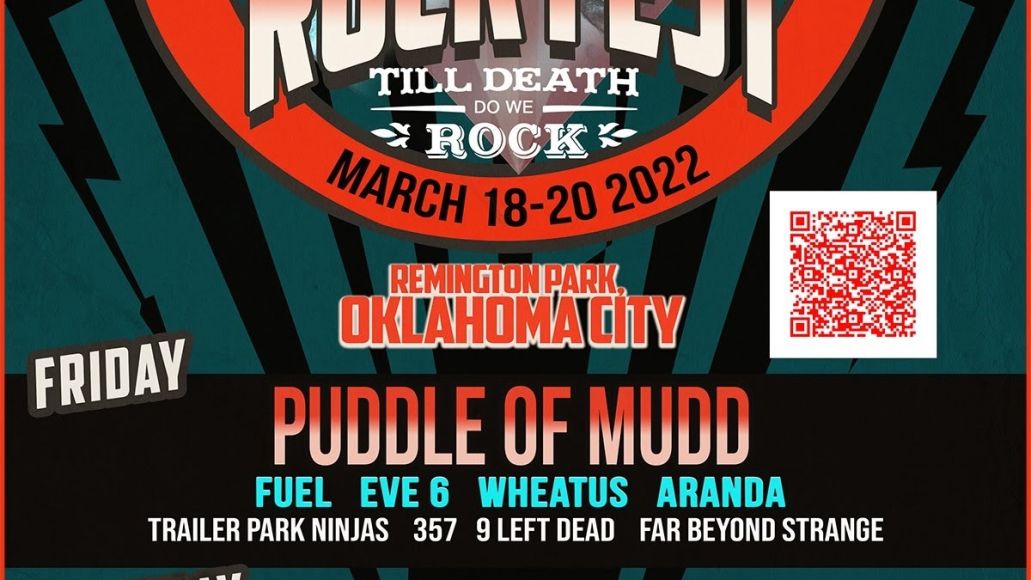