Megadeth and Lamb of God have announced a second leg of their co-headlining “Metal Tour of the Year,” adding Spring 2022 dates across the United States.

The new leg kicks off April 9th in Las Vegas, Nevada, and runs though a May 15th date in Allentown, Pennsylvania. Trivium will return as support, with In Flames making their debut on the tour package after being replaced by Hatebreed on the first leg due to COVID travel restrictions. Tickets go on sale Friday (January 14th) at 10 a.m. local time via Ticketmaster, with pre-sales beginning Wednesday (January 12th) for most dates (with the code LAMB22).

“The Metal Tour of the Year is exactly what it sounds like — a night of some of the best heavy metal bands in the world — live and loud,” remarked Megadeth frontman Dave Mustaine in a press statement. “Anyone who came to a show last year knows what I mean, only this one’s going be even better. Do not miss out.”

Added Lamb of God singer Randy Blythe: “It was great to get out on the road for an incredible tour last summer with Megadeth, Trivium, and Hatebreed so we figured we’d do it again! We look forward to hitting new cities with Megadeth, Trivium and In Flames, who we’re happy to have over for leg two!”

The announcement comes after Megadeth shared a song snippet from their upcoming album, The Sick, The Dead and the Dying, which is expected to drop sometime in the spring.

In the meantime, both Mustaine and Blythe have entered the world of cryptocurrency, with $MEGA Coin and Chakra Coin, respectively. The crypto doesn’t end there, though. As part of Live Nation’s tour production, fans will be able to obtain a NFT “LiveStub” of their specific ticket stub for the upcoming tour dates.

See the tour poster and full list of spring 2022 dates below. Get tickets at this location. 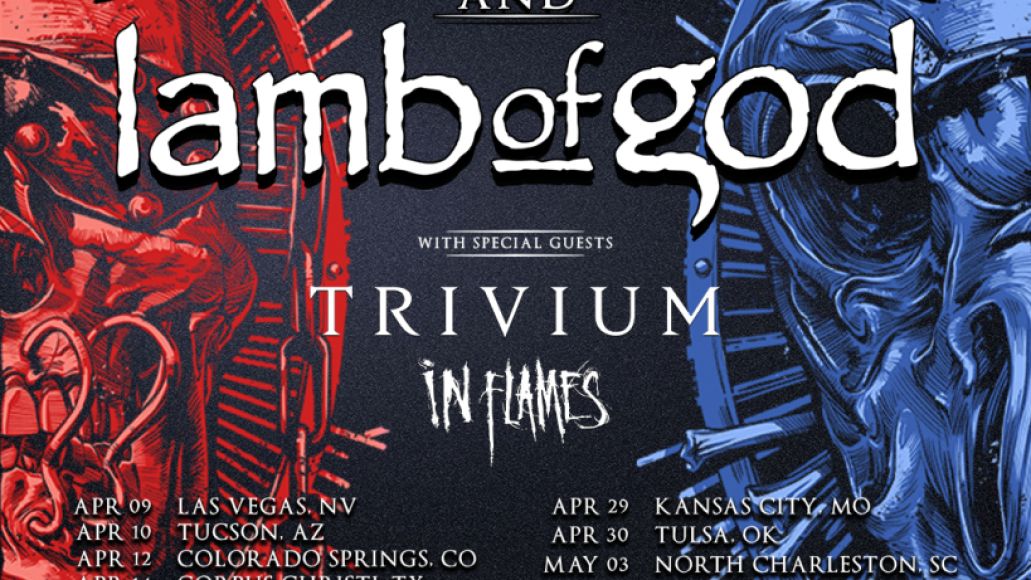