Appointment wise, the signature model features a three-piece maple neck, a two-piece plain maple top, and a mahogany/maple/mahogany back. Ness’ specifications remain intact, with the humbucker pickups swapped for P-90s. Taking into account on-stage versatility, the guitar is also lighter in weight compared to other notoriously heavy Les Pauls.

Considering the attention to detail executed by Gibson Custom Shop, the significant $8,999 retail price is no surprise. You can buy one via Gibson’s website or via the secondhand market on Reverb.

Gibson never miss an opportunity to capture intimate interviews and sessions with their artists. To promote his new signature model, Ness appeared on the “My First Gibson” series, where the punk-rock legend reflects on his musical pedigree and his first encounters with rock music via the AM radio as a kid.

Man Steals $6,500 Gibson Les Paul Guitar by Stuffing It Down His Pants

You can watch the full video with Ness and see a close up of the new Les Paul signature model below. Buy the 1976 Les Paul Deluxe here and find similar Les Pauls at this location. 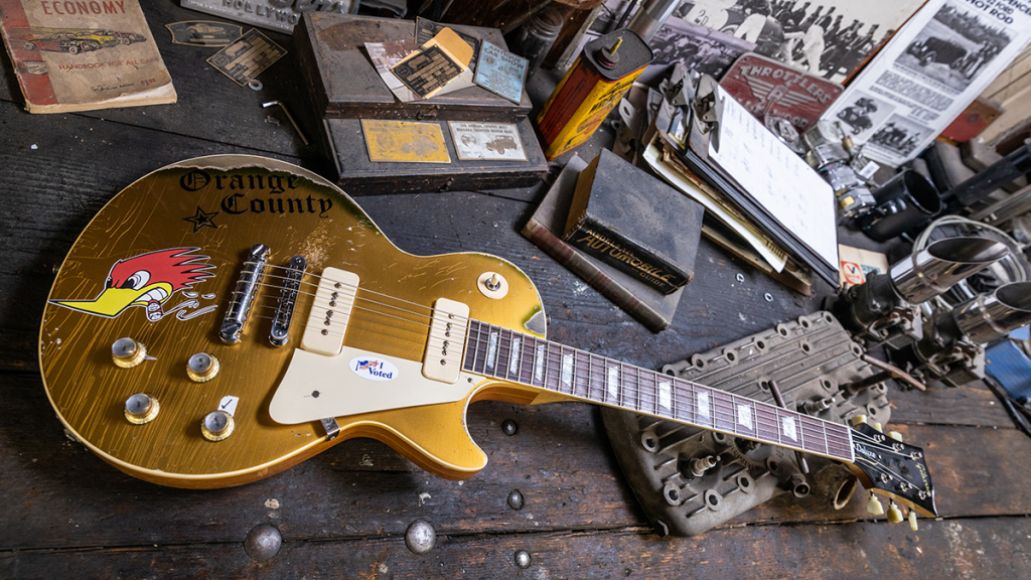