M&M’s famous talking candies are getting a makeover. Mars, Incorporated announced today that its gang of mascots have headed into the new year with a redesign focusing on “inclusion and belonging.”

Both their personalities and looks are getting tweaked, too. According to a statement, the changes include the red M&M “ton[ing] down the bossiness,” while the green M&M has traded in her much-debated white go-go boots for a set of sneakers and a newfound focus on confidence.

The brand also plans to shine more of a spotlight on her friendship with the brown M&M, whose heels have been lowered from stilettos to a more sensible kitten heel — in the name of professionalism.

Meanwhile, anxiety-riddled orange also got a new pair of shoes with shoelaces tied, which is apparently part of his new goal to “embrace his true self, worries and all” as “one of the most relatable characters with Gen Z.”

The overall aim for the revamp, Mars said, is “an updated tone of voice that is more inclusive, welcoming, and unifying, while remaining rooted in our signature jester, wit and humor” with more focus placed on the individual characters’ personalities rather than their genders.

“As one of the world’s most iconic candy brands, who better to commit to a world with more moments of fun by increasing a sense of belonging around the globe than M&M’s?” asked the company’s chief growth officer, Cathryn Sleight, in a separate statement. Who, indeed? 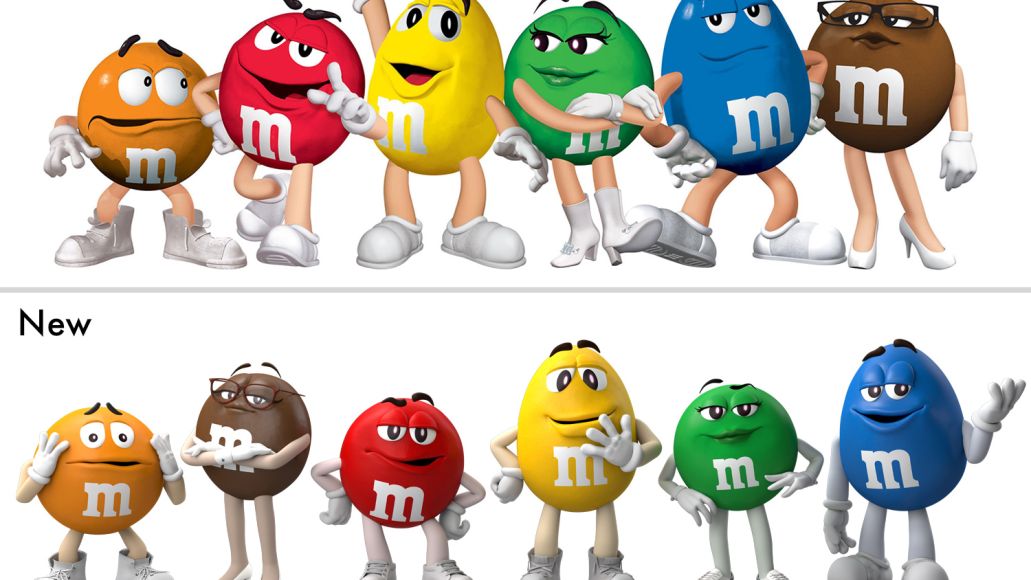 Check out some of the best reactions on Twitter to the new and improved M&M’s gang below.

orange will acknowledge his anxiety pic.twitter.com/hNmcRbrwtX

Me rolling up on Twitter to make sure that M&Ms aren’t cancelled: pic.twitter.com/EgQZgFSPYn

Someone looks at a bag of M&Ms and says "I feel excluded" https://t.co/DpI4XuSkAr

hiding from the woke m&ms when they find out what we do to the inanimate ones pic.twitter.com/PLrIZLcTds