Thought you’d have to wait until Doctor Strange and the Multiverse of Madness’ May release for your next MCU fix? Never fear, Moon Knight is here, as Marvel has revealed the first trailer for the upcoming Disney+ series and announced a March 30th debut. After teasing the show during November’s Disney+ Day, Marvel unveiled the full preview during the NFL’s Super Wild Card matchup on Monday night  — during the first full moon of the year, no less.

Oscar Isaac leads the series as the title character, who in the comics is really ex-US Marine Marc Spector, a man who suffers from dissociative identity disorder. Here, though, he’s simply Steven, a gift shop employee at a London museum with a sleeping disorder. Or at least he thinks he is, until he gets a mysterious call from someone calling him Marc. (Fans know that Steven Grant is one of Spector’s alters, though this iteration is a far cry from the millionaire playboy of the comic books.)

His “true” identity is the least of Steven/Marc’s problems, though. He soon comes face to face with the Egyptian moon god Khonshu, who turns the desperate man into his vengeful avatar, Moon Knight. Wrapped in mummy-like armor, Moon Knight is a much more violent and chaotic type of Marvel antihero, one who gets into bloody fistfights with werewolves (or is that a minion of Anubis he’s bashing to bits on that bathroom floor?).

On top of it all, there’s Ethan Hawke as a mysterious bad guy who has a definite cult leader air about him. Closed captions reveal his character is named Arthur Harrow, a super minor Moon Knight adversary who only appears in one issue. There, he’s a mad scientist working on a cure for pain by conducting human experimentation, though it’s unclear how much of the character beyond his name will translate to the screen.

“The series follows Steven Grant, a mild-mannered gift-shop employee, who becomes plagued with blackouts and memories of another life. Steven discovers he has dissociative identity disorder and shares a body with mercenary Marc Spector. As Steven/Marc’s enemies converge upon them, they must navigate their complex identities while thrust into a deadly mystery among the powerful gods of Egypt.”

It’s clear this is going to be a very different MCU ride, one that leans more into horror and thriller tropes. Check out the Moon Knight trailer below, along with an official poster. Then, catch the show when it premieres March 30th on Disney+.

Moon Knight appears to be an entry into a more supernatural side of the MCU (something that will likely continue with Mahershala Ali’s Blade). It’s also just one of five Marvel projects set to debut on Disney+ this year: There’s also She-Hulk, Ms. Marvel, Secret Invasion, the I Am Groot animated shorts, and The Guardians of the Galaxy Holiday Special. 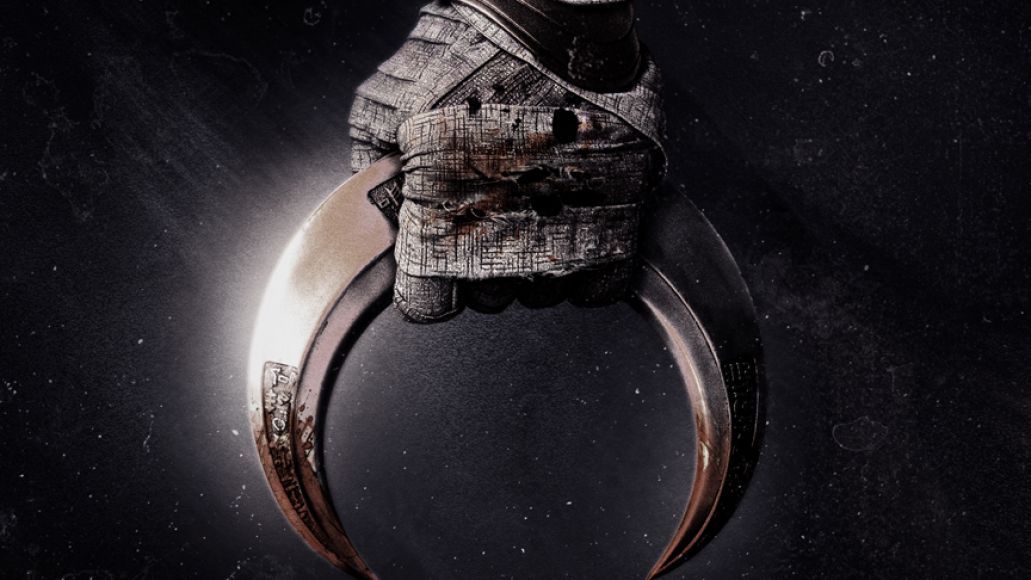