Writing about the upcoming year in film while the world is once again caught up in a new wave of COVID requires a certain kind of blind optimism that relatively soon, case numbers will get lower, vaccines will keep doing their best to keep us safe, and going to the movies will eventually stop feeling just a little bit scary. Barring all of that, we can at least put our faith in the industry continuing to adapt in terms of distribution strategies, so we can see at least a few of the movies listed below. (Unless, of course, they get pushed again.)

It’s an exciting year, not just because of long-awaited sequels and new takes on superheroes that promise to revolutionize the genre yet again. It’s a year when women will get more opportunities to make strides behind the camera, a year where we’ll see Johnny Knoxville once again sustain some serious physical injury for our entertainment, and a year when — God help us all — there will be a new Avatar movie. (Unless, of course, it gets pushed again.)

We’ll also see Tom Cruise jump off buildings and fly planes, Baz Luhrmann take on Elvis, and an eclectic awards race that could see Martin Scorsese facing off against Steven Spielberg and Darren Aronofsky. We’ll see some dazzling CGI and multiple Michelle Yeohs. Unless, of course, it all gets pushed again. But for right now, there are 30 reasons here to be very excited about the year to come — and even more beyond what made this list.

As the first Jackass film in more than a decade — 12 years, to be exact — Jackass Forever is the long-awaited fourth and final entry in the film franchise that started with nine friends pulling pranks and wild stunts on MTV back in the early 2000s. It’s since grown into a monolith of hedonism and debauchery, and this latest edition will surely be no exception as Johnny Knoxville, Steve-O, Wee Man, and the rest of the gang are joined by celebrity guests ranging from Machine Gun Kelly and Tyler, the Creator to Eric André, Tony Hawk, and more. — Glenn Rowley

Death on the Nile (February 11th)

Death on the Nile isn’t a top-shelf Agatha Christie mystery like And Then There Were None or Murder on the Orient Express, but the twists and turns are still quite good, and the swoon-worthy locales have ensured its place among her most-adapted works. Following his 2017 take on Orient Express, Kenneth Branagh returns as a far-too-handsome Poirot. Beyond its starry cast, this movie has the ignominious distinction of being Armie Hammer’s final blockbuster role before his many abuse allegations consign him to the dustbin of history. — Wren Graves

Numerous release and production delays due to COVID finally behind us, we’re about to get our third live-action Batman in a decade. We’ve been excited for The Batman since Ben Affleck was still attached, but even more so once Matt Reeves took over writing and directing duties in 2017. With an all-star cast playing the largest group of A-list Bat-characters seen on screen together since Batman & Robin (including Robert Pattinson as Batman, Zoë Kravitz as Catwoman, Paul Dano as Riddler, Colin Farrell as Penguin) and a gritty, Year One feel, this has the makings of a reboot that could live up to the Nolan-Verse. — Ben Kaye

Pixar’s first film of 2022 is Turning Red, which follows a 13-year-old Chinese-Canadian girl named Mei who turns into a giant red panda whenever she feels a strong emotion. If that concept doesn’t win you over, then we suggest watching the trailer, which makes this film seem like the most hilarious movie Pixar has ever made. Not only is the film set to be a heartwarming coming of age story, it’s also a 2000s-era period piece and is the first Pixar film to be solely directed by a woman. Although the theatrical release has recently been suspended in favor of a Disney+ release, Turning Red has all the promise of being one of Pixar’s most inspired projects. — Paolo Ragusa

Everything Everywhere All at Once (March 25th)

Count us in as ride-or-die for Daniels (aka the directing pair of Daniel Kwan and Daniel Scheinert), who split audiences with their vulgar yet heartfelt farting-corpse dramedy Swiss Army Man. Now they’re back with even more kaleidoscope mayhem, as a middle-aged woman (Michelle Yeoh) tries to get her taxes done only to find herself skipping across universes to stop a plan to destroy all of existence. If Marvel’s got you sick of multiverses, this might be a decent palate-cleanser. And, well, we could always use more Michelle Yeohs in our lives. — Clint Worthington

Pay no heed to its shifting release dates and multiple pandemic-driven delays: Morbius will be worth the wait (if only to see what, exactly, it is). As Sony Pictures’ latest entry into its designated corner of the Marvel universe, the dark origin story of the lesser-known Spider-Man foe will introduce Jared Leto as the Living Vampire of comic book lore — though the jury is still out on whether the big-screen adaptation of the character will turn out to be more superhero or supervillain. — G.R.

First, if you haven’t seen 2020’s Sonic the Hedgehog, go do so immediately. It’s a genuinely great movie, rife with heart and humor and James Marsden looking hella ageless. As with the first film, we suspect that even those unfamiliar with the Sega game will find something to love in the sequel; this time, Sonic teams up with his pal Tails (Colleen O’Shaughnessey) to go up against Sonic’s archenemy, Doctor Robotnik. Marsden, Ben Schwartz, and Jim Carrey will reprise their roles as the friendly sheriff (which we will allow, because it’s James Marsden), the titular Sonic, and the evil Doctor Robotnik, respectively. Also, Idris Elba is Knuckles. ‘Nuff said. — Gab Ginsberg

Is there any actor more deserving of the meta treatment in 2022 than Nicolas Cage? If there is, I’d be terrified to meet them. Cage has long known exactly who he is – and who he is is one of the most bonkers thespians of his generation – and he’s always ridden that wave of self-awareness with earnestness and glee. In The Unbearable Weight of Massive Talent, he’ll have the chance to play that up to its fullest potential while revisiting some of his most iconic roles. — B.K.

Doctor Strange in the Multiverse of Madness (May 6th)

Spinning directly out of three recent smashes — WandaVision, Loki, and Spider-Man: No Way Home — Doctor Strange in the Multiverse of Madness is set to do a number on the MCU. Alongside the introduction of new characters (Xochitl Gomez as America Chavez!), there’s the likelihood we’ll be getting a number of exciting and potentially universe-altering variants and cameos as the multiverse is ripped open. For our world, the film also marks the return of Spider-Man great Sam Raimi to the superhero genre, and closes the gap on the longest wait between MCU sequels (six years!). — B.K.

Not the most delayed project on this list (maybe) but still, one we’ve been waiting to see for a very, very long time. Perhaps as long as 36 years, since the original film first debuted in theaters. That’s a long time to wait to learn if director Joseph Kosinski (Tron: Legacy) can create something on the level of Tony Scott’s dogfights from the original (fighter jets are a lot different from light cycles, after all). But the more important question is: Will this new film be as effective in terms of recruiting new Navy officers? — L.S.M.

While Fallen Kingdom’s lackluster nature (yes, still mad about the way that brontosaurus bit it) might have dampened the excitement over another installment of the series, there is a solution for that problem. And that solution is literal years of Sam Neill’s social media posts about reuniting with Jurassic Park co-stars Jeff Goldblum and Laura Dern. Colin Trevorrow returns to direct the final part of the trilogy that he kicked off in 2015, bringing together the past and present in more ways than one. — L.S.M.

How, exactly, does this animated Pixar adventure connect to Toy Story? To the best of our understanding, Buzz Lightyear, the toy, is the action figure that fans of Lightyear, the movie, would buy to put on their shelves. (Or, if you’re young Andy, play with in your room alongside all your other toys). That might not be exactly correct, but what matters is that Lightyear stars Chris Evans as the voice of the Space Ranger, and this has the potential to take this fragment of IP and turn it into a rollicking CGI space adventure. Meta connotations aside, that sounds like a lot of fun. — L.S.M. 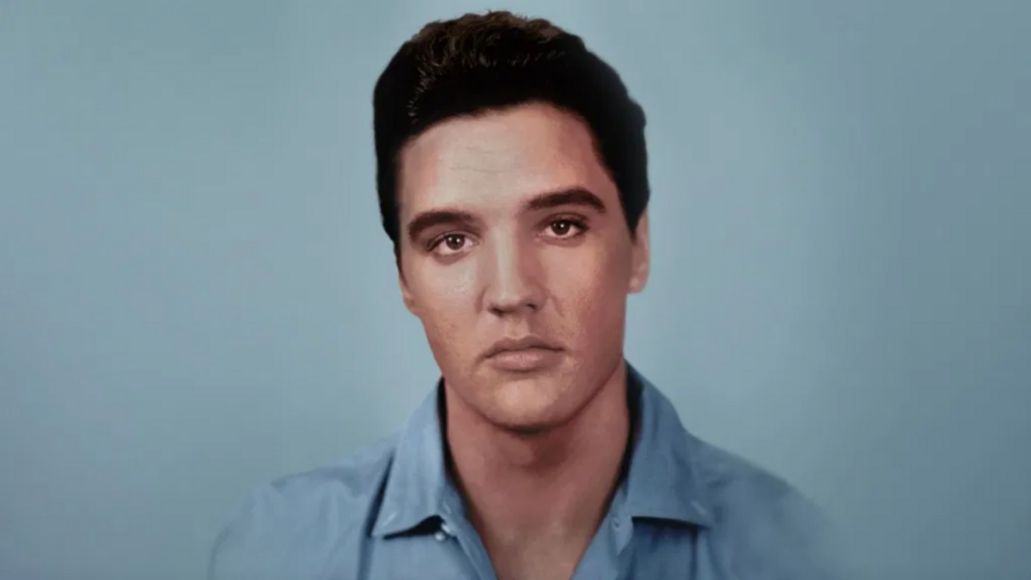 Yes, Austin Butler is striking in the first teases of Baz Lurhmann’s biopic of The King, but it’s the supporting cast that has us excited for this project. Kelvin Harrison Jr., known for his strong turns in Luce, Waves, and The Trial of the Chicago 7, will be portraying the legendary B.B. King, while Alton Mason jumps in as Little Richard and singer-songwriter Yola rounds things out as Sister Rosetta Tharpe. Luhrmann can pull off an amazing musical sequence (hello, fish tank scene in Romeo & Juliet or the white sheets “Young & Beautiful” moment in The Great Gatsby), so it’ll be exciting to see where Elvis’ story goes in his hands. — Mary Siroky 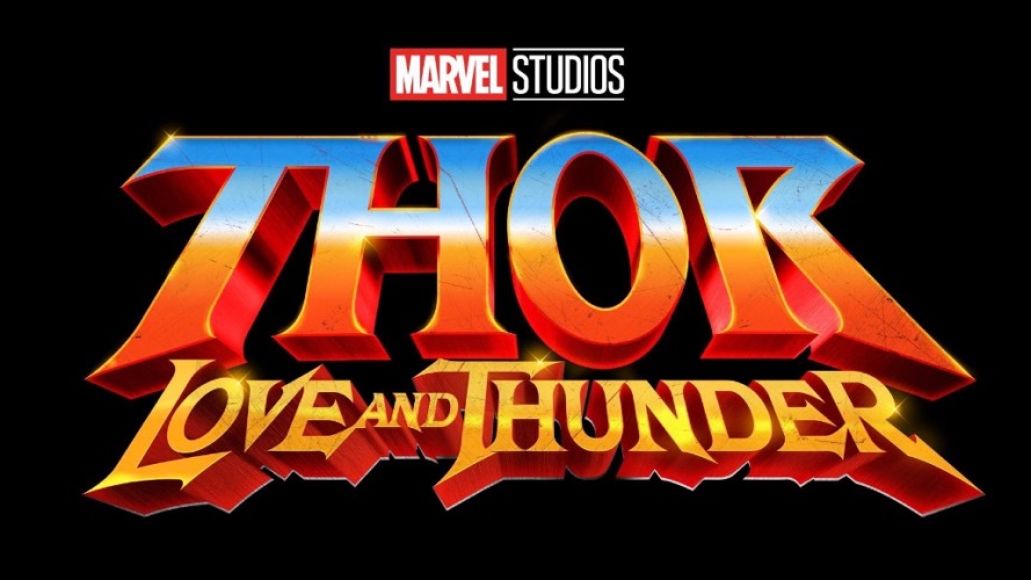 Taika Waititi re-invigorated everything about the God of Thunder when he jumped into the MCU for Ragnarok, so anticipation has already been high for his next entry into the franchise. He turned things up to a new level, though, when news broke that Natalie Portman would be returning to Thor’s world — and that she would be wielding the hammer.

Waititi is a rare creative who was able to gracefully make the move from indie darling to blockbuster director and back again, and it’ll be exciting to see him in the director’s chair for this next phase (and, hopefully, in the CGI suit for a return as Korg). — M.S. 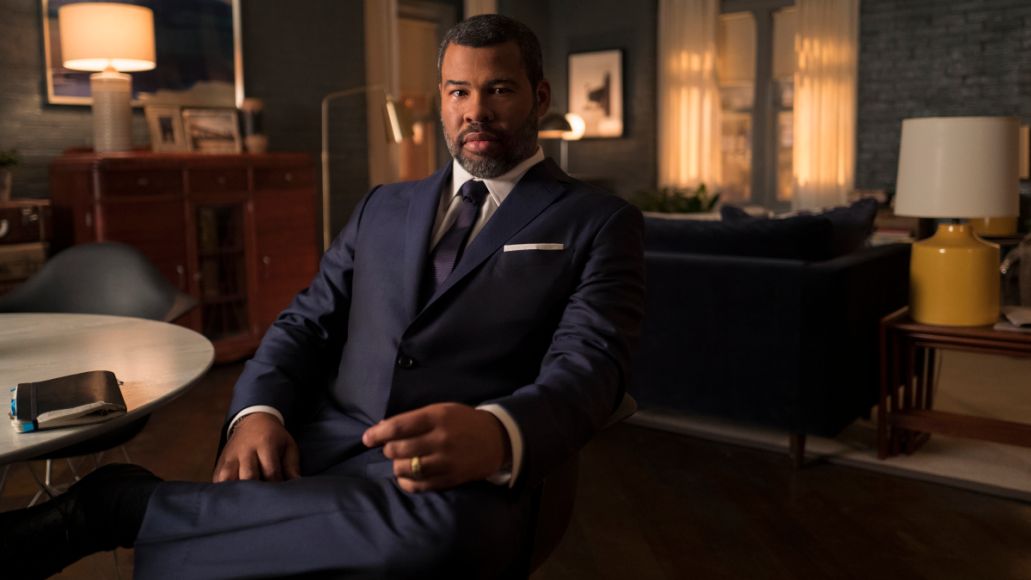 Jordan Peele in The Twilight Zone (CBS All Access)

Jordan Peele, essentially the standard-bearer for 21st-century horror at this point, returns for his third theatrical feature (his first since 2018’s Us). Little is known about the actual story save what we can glean from its mysterious poster: a storm cloud hovering over a village in the mountains. Our best guess? Body Snatchers-esque alien invasion. But whatever it is, it reunites Peele with Get Out star Daniel Kaluuya, and also throws Keke Palmer and Steven Yeun in the mix, so we’re in. — C.W.