Old Crow Medicine Show’s new album, Paint This Town, is due out April 22nd via ATO. Today, the Americana band are previewing the LP with the raucous single “Bombs Away.”

“Bombs Away” is, first and foremost, a song about divorce, as frontman Ketch Secor tells Consequence. But that doesn’t mean the barnburning fiddle number — and Paint This Town as a whole — is anything to cry over. The track, which Secor wrote shortly after his own marriage dissolved, is brimming with the euphoria of new beginnings, a tongue-in-cheek tale of throwing caution to the wind and starting over.

Paint This Town marks the first album Old Crow recorded in their own custom recording space, Hartland Studio in East Nashville. That sense of hominess translates into the album’s sound, which feels effortlessly personal while still staying true to the band’s bluegrass roots.

“Doing it ourselves was a lot more fun with a lot less stress or pressure, and because of that we were way less precious about it,” says Secor in a press statement. “It all just felt less like a chore and more like a complete joy.”

Joy permeates “Bombs Away,” a freewheeling jaunt that perfectly embodies that sense of freedom. “I don’t mind if I lose my mind/ If I can’t learn to fly, let me fall, bombs away,” Secor hollers on the song’s chorus.

Watch the “Bombs Away” performance video and read Secor’s full Origins of the track below.

Preorders for physical copies of Paint This Town are ongoing.

The Energy on a College Campus 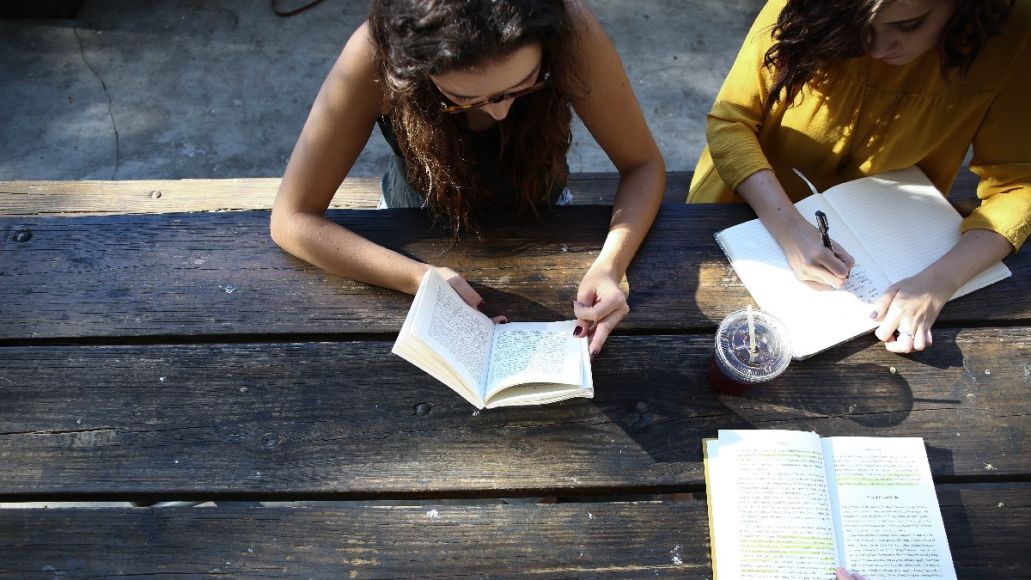 Photo by Alexis Brown via Unsplash

I wrote “Bombs Away” the winter before COVID, (remember before COVID?) when I was an artist in residence at Sewanee: The University of The South, an hour southeast of Nashville. I was doing a lot of writing then, and some soul searching. I liked being on the campus of a college, having never lived on a college campus before. What I liked most was the energy of the students all buzzing around going to classes and really wanting to learn and grow. The whole place just felt so optimistic, and “Bombs Away” jumps with a similar energy. it’s upbeat and optimistic, which is ironic because it’s a song about getting divorced.

My girlfriend played the Kacey Musgraves album star-crossed on a recent road trip and that’s when I realized that “Bombs Away” is a song about divorce. Everybody who has been through one knows a different face of that mountain, divorce, and that’s why the music of separation, from star-crossed to [Bob Dylan’s] Blood on the Tracks, takes such different twists and turns in their telling. It makes for good song fodder, and since probably half of all marriages end up in it, it’s a universal theme.

The epitome of the genre is Bobby Braddock’s classic “D-I-V-O-R-C-E,” which of course Tammy Wynette made famous. Bobby’s in his 80s now. I sat with him at a BMI dinner once and told him how much I love songs with hooks that use spelling. My favorites are “Starts with a ‘P’” by Mississippi-turned-Chicagoan Lee “Shot” Williams and “I’m S-A-V-E-D” by the Georgia Yellowhammers, a popular 1920s Georgia string band who broke barriers by being the first country recording act to record with an interracial band. What’s funny is that Bobby Braddock told me that the idea to write “D-I-V-O-R-C-E” came when he was writing a song called “I-L-O-V-E-Y-O-U.”

I like songs about sports, although I was never good at sports. As a kid, I had a lot more fun on the playground, alone or with my sister, and this is probably where I first heard the phrase “bombs away,” which is an exclamation — not a metaphor — but you know what I mean. It’s a sporty kind of phrase. I grew up loving stories about underdogs, especially sportsmen like Jim Thorpe and Jesse Owens and Jack Johnson, oh — and the little slugger Eddie Gaedel, who had one professional at-bat when he pinch-hit for the St Louis Browns in the World Series.

I usually root for the underdog, in any kind of sporting match. I’m all Sox over Yanks. Anyone over Alabama. Orser beats Boitano, he was the Canadian of the Brians right? Back to “Bombs Away,” one of my favorite moments in sports as a kid was seeing this fan parachute onto the field at Fenway during the Sox vs. Mets World Series in ’86, when the ball went through Bill Buckner’s legs. Well, the guy just nails this jump from 10,000 feet and totally disrupts the game. Anyway, I guess in “Bombs Away” I’m just trying to say that if divorce was a sport, it wouldn’t end by someone winning — instead, a guy would just come bombing out onto the field and the umpires would call the game. That’s pretty much “Bombs Away” to me.