The Pitch: Ozark is back for its final season, conveniently divided into two parts in the hopes that fans will be hooked for as long as they can to the many twists and turns of the Byrde family business. After a stunning and heart-wrenching Season 3 — arguably the best of the series — the show has a lot to live up to. Thankfully, it’s planted enough intriguing seeds to keep us watching.

After the emotional death of Ben Davis (Tom Pelphrey) by the order of his very own sister Wendy (Laura Linney), alliances have shifted, and loyalties have realigned. Season 4 begins with a furious and grieving Ruthie (Julia Garner) partnering up with impetuous hillbilly-elegy-fever-dream matriarch Darlene Snell (Lisa Emery).

Marty (Jason Bateman) and Wendy are trying to work as a united front but their son Jonah, fueled by the loss of his beloved uncle, threatens to sabotage their plans. And even Omar Navarro (Felix Solis), the menacing cartel leader and frontrunner for Worst Boss Ever, is busy putting out the fires of his nephew and potential successor, Javi Elizondo (Alfonso Herrera).

Underlying the family tensions is the one straightforward goal that unites the Byrdes, Ruthie, and even Navarro: going legit and freeing themselves from a violent lawless life. That is Navarro’s main goal for Q1, and he is counting on the Byrdes to make that happen. In theory, it would also give the Byrdes a way out. But is that even possible with the ever-growing body count amongst them? And is that something they actually want?

Grief Grounds Things: There are parallels Ozark tries to make between the show and some of the most deplorable events of our very real world. Clare Shaw (Katrina Lenk) as the CEO of a family-owned biopharmaceutical company is an obvious stand-in for the Sackler family exploitsm and there are plenty of instances where the politicians and federal agents circling the Byrdes are proven as corrupt and malicious as any cartel leader. Perhaps, in a simpler, less apocalyptic time, these would have been more satisfying revelations than they end up being in these episodes. 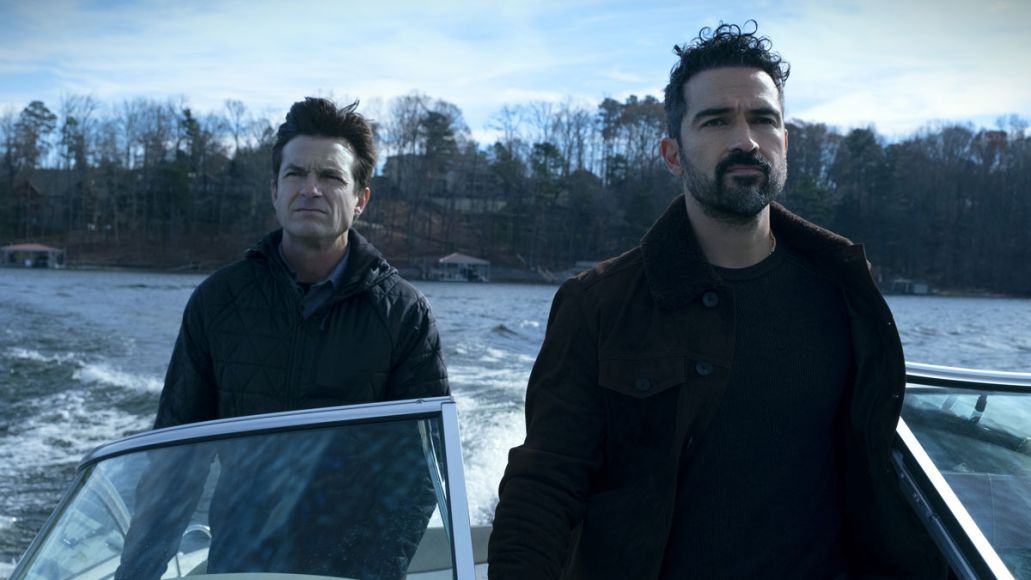 However, the most impactful and memorable moments are usually the result of an emotion too many of us have had become acquainted with recently: grief. Garner and Linney are at their most riveting when portraying the depths of their sorrow. It is also the motivation behind some of their most questionable decisions. Unlike other seasons where Ruthie and Wendy were playing at the top of their most strategic game, the weight of their misery is causing them to spiral. In fact, most characters are starting to fumble. At its best, it provides higher stakes throughout the episodes, but it also provides the show with some missteps.