The Pitch: While not officially a part of the American Crime Story family, Pam and Tommy is a spiritual sister to that series. Not just because co-showrunner D.V. DeVincentis wrote three episodes of The People vs. O.J. Simpson, but because the Hulu limited series, on the surface, hits that sweet spot at the intersection of ’90s nostalgia, superstar casting, and scandal.

The twist is that this is a true-crime story where the crime is barely recognized as a crime, because it takes place during an era which didn’t understand it. Centered around the journey of a celebrity sex tape from a rock star’s safe to a brand new world known as the World Wide Web, the eight episodes bring together a tumultuous drummer, an iconic model/actress, and the dawn of the internet for a captivating story told with such energy and pop that it comes as a shock, when it reminds you what a violation actually occurred.

Remember the Time: Bopping back and forth in time, Pam and Tommy unexpectedly starts off as an episode of an HGTV home renovation show, as carpenter Rand Gauthier (Seth Rogen) struggles to deal with the capricious demands of his client Tommy Lee (Sebastian Stan), the notorious Mötley Crüe drummer who just married Baywatch star Pamela Anderson (Lily James) after a wild four days of courtship.

When Tommy fires Rand and refuses to pay him back for lost costs, Rand — a student of world religions and believer in karma — decides to literally take karma into his own hands and get revenge by stealing Tommy’s safe. The guns and jewelry, Rand pawns, but it’s the unlabeled Hi8 tape that’s the real prize, as it contains over an hour of intimate footage of his former boss and new wife. 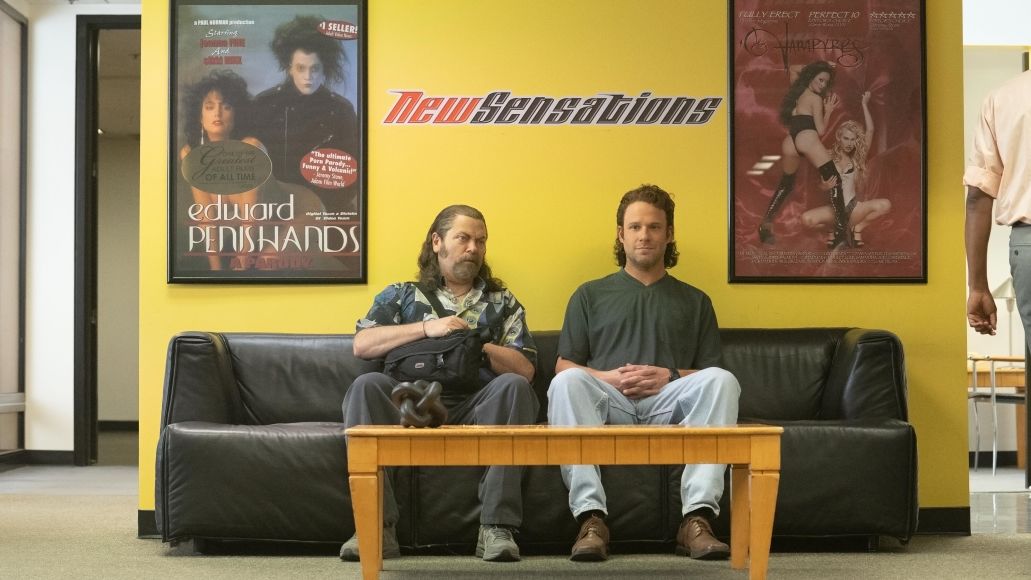 But then, Rand has a brainstorm about setting up a website to sell the tape, because you can be “totally anonymous” online, and Miltie sets up an operation that becomes quite the moneymaker… for a lot of people who aren’t Rand. Meanwhile, Pam’s dealing with a TV role that demeans her, a volatile husband she barely knows, the premiere of her first big feature film, and all the stresses of pregnancy when news trickles out that the stolen tape is getting around, in a massive way.