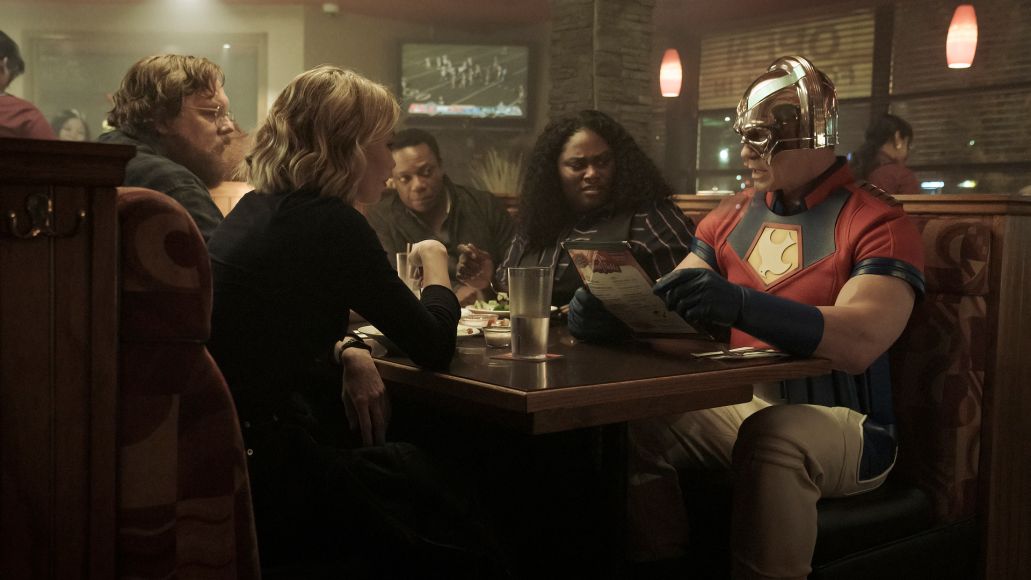 While the season does largely feature an episodic structure, the feel of the season feels just a bit off-kilter, largely due to how much of what’s going on gets concealed from both Peacemaker as well as the audience. It’s hard to get a sense of momentum going when the lead character of a show doesn’t seem to know what’s really going on, and it takes a while for even the audience to understand the stakes in play.

Also, there are moments where that craving for edginess, instead of pushing the show in daring directions, just feels edgy for the sake of cheap thrills. This especially stands out in the show’s occasional tendency to spotlight Auggie saying super-racist stuff just to remind us how racist he is; perhaps these moments are important to the story, but also we get it, and these moments feel antiquated in their desire to poke a reaction out of the woke.

Really, It’s a Family Show: Where things really come together is in the character work, with a lot done to develop a unique and inclusive ensemble that really gels together nicely as the season progresses. The cast make-up is a fascinating one, when you consider the wide-ranging nature of these resumes (Danielle Brooks is a Tony-nominated actress! Freddie Stroma was on Bridgerton and the Kevin James sitcom The Crew! Robert fucking Patrick!), but they all coalesce remarkably well around Cena, whose performance is a well-calibrated parody of leading man energy.

Like many professional wrestlers-turned-actors, Cena has two superpowers — yes, his otherworldly physical presence, but also his ability to fully commit to a bit. So, we’re in luck here, because while it’s hard to describe the character of Peacemaker as anything other than an extended bit, Cena never breaks from the persona. But built into that persona is a gaping vortex of need and vulnerability, which powers so much of the series’ most emotional beats, as the character’s desire to belong seems to inspire that same instinct in those around him.