Comedies don’t typically include a body count. But right from the beginning, The Righteous Gemstones has defied a lot of expectations. Not only has the HBO series, created by Danny McBride, taken on the often tricky topic of religion, specifically Christianity as preached by a megachurch family, but it’s done so with its own unique blend of pitch-black comedy and serious stakes.

“I wouldn’t say we are like Game of Thrones, where someone dies every week,” Edi Patterson, who plays Gemstone daughter Judy, tells Consequence in a recent Zoom interview. “But anything can happen, that’s for sure,”

“Wealth and power give these bigger stakes to a family drama, a family comedy,” adds Tim Baltz, who plays Judy’s ever-loyal partner.

“I’d be so upset if Judy ever died,” says Patterson.

Now returning for a second season, The Righteous Gemstones continues to track the Gemstone family as it attempts to expand its Christian business interests, even while new threats emerge to their empire. No spoilers, but in the new episodes screened for critics, things get pretty intense, with a lot more violence and a ticking-up of that aforementioned body count.

Patterson is also a writer on the show, which means she’s more aware than most of when a rough moment is coming. “But the direction of the show is so big and like a movie that when I see the violence that I already know is coming, every time it blows my mind and it shocks me.”

This has been true even from the beginning, specifically the ending of the series premiere, when two would-be blackmailers get brutally run over in a parking lot. “I knew that was coming, I filmed the scenes,” she says. “But it still made me scream. I think that’s a really special thing about the show, honestly — that you get these feelings over and over like, I can’t believe they’re doing that.”

Baltz, says it’s a tribute to the way that the creative team, including McBride and executive producers Jody Hill and David Gordon Green, work. “It’s their own formula, their own alchemy of marrying all of those things together — going from that violence, that stakes or drama, to the very silly type of humor that they have that can be light, or vulgar, or aggressive, or unique and in its own rhythm.”

Central to the increased danger of Season 2 is Junior (Eric Roberts), a mysterious figure from Eli’s (John Goodman) past. Roberts had only ever heard of Righteous Gemstones before the opportunity to play Junior came up, but after his audition he caught up on the show in a big way. “This show is the best show on television, bar none. And I’m on it. I can’t believe it,” he says. “I have never been happier to get a part in my life.” 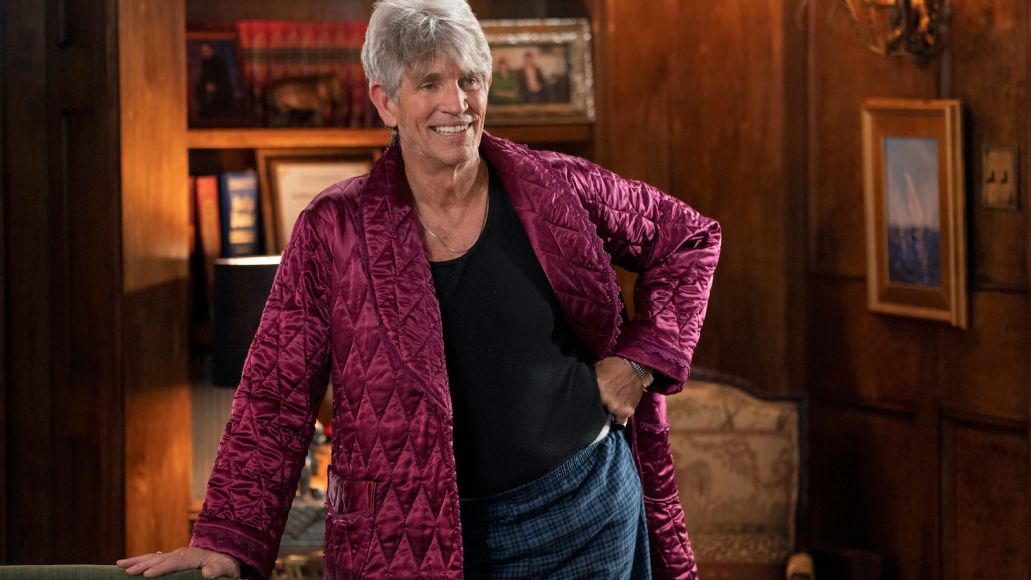 While Roberts has had a long career in film and television, including many, many roles as “the heavy,” he’s still pretty accustomed to auditioning. “I audition all the time now because all the bosses are now younger than me,” he says. “So they know of me, but they don’t really know me. ‘Oh yeah, my mom likes him,’ that’s how a lot of them react to me. So I have to audition, but the great thing about auditioning, is that it’s your five minutes to shine, and it is what we do, you know? So I have no problems auditioning.”

For his initial Gemstones audition, Roberts self-taped a scene in which his character reconnects with Eli while eating an apple with a knife. While the show’s darker elements weren’t immediately apparent to him at that point, the detail with the apple gave him a clear indication as to what kind of character he would be playing.

“He’s a violent guy and I knew that right away, even though he didn’t do anything violent in my audition — just the way he was eating the apple with a knife in a backseat and not ever making a threat, but making it, you know, clear that he could make a threat if he wanted to make a threat. I’m a dangerous cat,” he says.

The way that “dangerous cats” like Junior can fit into a series that also features scenes like the infamous bee-ruined deathbed of Aimee Leigh comes down to the show’s unique blend of a grounded approach in a heightened world.

“I would say almost none of us are ever thinking ‘What’s the joke here, in this crazy or ridiculous situation or conversation?'” Patterson says of the writers, adding that the real question is, “How do we make it so that it’s just true and that it’s earnest and this is what’s happening? Because then all you have to do is mean what you say, and no one is ever trying to be funny. In my opinion that is why the show is funny, because it’s all done from a standpoint of drama. The action, the suspense, the comedy — it’s all done from [a place of] being real and truthful, and to me, that stuff lands in an extra funny way.”

Says Baltz, “We have the good fortune of playing out a scene really honestly and just knowing that because of the script and the conflict that these characters are under, that’s going to make it really funny.” 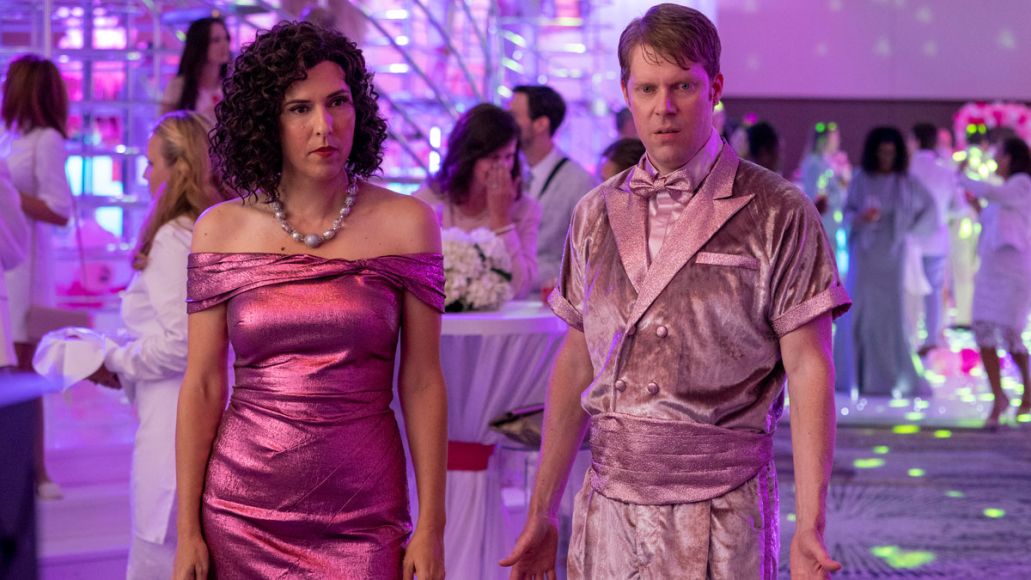