How does one find the perfect words to describe life-changing events, the oppressiveness of living in a constant state of stress caused by a pandemic, and reflections of the past? Nobody pays me enough to answer that question. Luckily, I don’t have to, because Earl Sweatshirt discovered the cheat code.

SICK!, his fourth album, is inspired by this moment in time. But it’s not just the COVID in the air on his mind. Since the last time we heard him in 2019, Earl said “hi” to fatherhood, cut back on his alcohol, and rediscovered his religion. Any one of those things is enough to pen something the size of a Greek epic poem. But all three? And in the face of, well, all of this? That’s a lot to process.

The mere fact Earl only took 25 minutes to say it all with his chest is a testament to his talent. SICK!, out today (January 14th), is a dense, thoughtful, insightful exercise in rap technique without any of the intimidation associated with those words. More importantly for anyone reading this, it’s just damn good music.

As soon as those opening lines from “Old Friend” hit, the headspace Earl currently inhabits is clear. “Strong spirit where the body couldn’t get asylum/ the cost of living high don’t cross the picket line and get the virus.” Those two bars act as SICK!’s thesis statement, while summarizing pretty much everyone’s feelings. Earl, usually a very insular rapper focusing on how situations affect him, finally looks out at the rest of the world and feels something.

According to Earl, we can thank fatherhood for that revelation. Don’t get it twisted, though. Earl doesn’t perform his version of Will Smith’s “Just the Two of Us” anywhere on SICK!, nor is it overly touchy-feely. But whether it’s the previously-mentioned “Old Friend,” “2010,” or “God Laughs,” Earl tangoes with feelings he deemed not worth a passing glance in his younger years.

Earl’s feelings on his past are the musings of a man starting his own family and all the fears that venture entails. If you had a grandfather who spoke 13 languages but “somehow never had nothing to say,” it might mess with you, too.

That willingness to share doesn’t dumb down the material, either. The Armand Hammer-assisted “Tabula Rasa” is the best example that Earl’s love affair with the English language is still the most substantial relationship in his life. Every song has rhyme patterns built inside other rhyme patterns, one catching up to the other or finding the connecting dot through the way he manipulates syllables or rhythms.

But “Tabula Rasa” shines as a catnip for rap nerds. Writing any of its rhymes in this space is a disservice to everyone involved. Do yourself a favor and listen to the way all three rappers weave in and out of the beat, creating flows on parts of the instrumental that appear nonexistent to the ears of mere mortals.

Earl attributes his current skill level with something as old as time: Maturity. Earl believes there’s a big difference between rapping at 16 and 26. Because, well, duh. “Adult rap,” as Earl calls it, succeeds because someone in their late twenties or early thirties is a grown-ass adult with ideas, stature, and personality of equal size. Only a fully-formed Earl Sweatshirt can rap two separate thoughts, like the benefits of a smaller social circle and a social critique of L.A.’s pandemic rent moratorium, without sounding preachy or disconnected. Not for nothing, but it’s an easy trick to do when rapping over the right beats.

A handful of producers led by The Alchemist — clearly not content with how he made 2021 his plaything — provide Earl with a mixture of styles and even eras to rap over. Even if “Lye” and “Lobby” don’t sound the same, they’re both of a piece. The beats are moody, but never abrasive.

Like his frequent partner-in-crime, Boldy James, Earl has a La-Z-Boy flow: It doesn’t attack tracks as much as it reclines on top of them. In an era where most of the game is filled with people yelling at the top of their lungs or mumbling barely above a whisper, Earl lulls listeners through language.

SICK!’s ten songs never overpower you with anything but words. And yeah, that style won’t work for everyone. Especially when paired with subtle punchlines, extended metaphors, and sometimes the seemingly free association on a song like “Titanic.” The approach ensures Earl’s rebellious nature stays intact — even if it’s in a different context than when he first stepped on the scene so many moons ago.

Earl Sweatshirt likens himself to Washington Wizards shooting guard Bradley Beal. For those unfamiliar, Beal is a quiet assassin on the court. He’s not overly flashy and doesn’t get the adulating headlines from national media, but he consistently drops 20 points per game. Any opposing team sleeping on Beal might wish they didn’t hit the snooze bar on any given night.

SICK! perfectly encapsulates why Earl sees himself in that light. The album isn’t flashy, doesn’t come equipped with many guests, nor does it boast a slew of big-name producers providing the sounds of the moment. The rapping is impeccable, and the project doesn’t overstay its welcome. If you peek close enough, you even see a boy’s final step into manhood somewhat hidden beneath its esoteric bars and flows.

The pandemic changed a lot for most of us, possibly altering how we see ourselves and the blue ball we inhabit. On SICK!, Earl Sweatshirt admits he’s just like everyone else, while never losing sight of what makes him a different type of cat in modern-day hip hop.

Catch Earl Sweatshirt on tour; tickets are available via Ticketmaster. 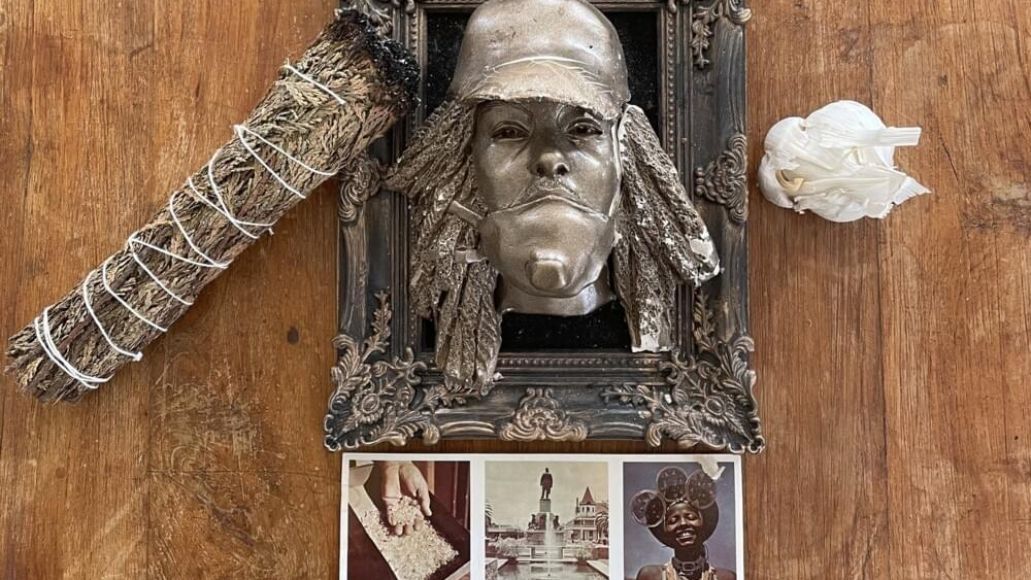