[Editor’s note: The following contains spoilers through the Season 6 finale of The Expanse, “Babylon’s Ashes.”]

Years on, it still feels like a miracle that The Expanse managed to live long enough to end on its own terms. The cult hit sci-fi show, which enjoyed critical acclaim (if not exactly high ratings) during its first three years on Syfy before being unceremoniously canceled, was the beneficiary of a staggering, ambitious fan campaign that was just as notable for its scope (fans sent a model of the show’s hero ship, the Rocinante, into space!) as its success.

Now we’re here, three Amazon-funded seasons later, with the finale of a shortened sixth and final season of the show that had a lot to wrap up in just six short episodes. And short they were, the show rushing to close as many loose ends in the plot as it could, while curiously opening up new ones from the James S.A. Corey-penned source material, threads they couldn’t hope to tie up in time.

But even inside that shortened runtime, and with the commensurate flattening of character and momentum that entails, The Expanse ends the only way it could have: a hail Mary play for hope and unity, amidst the dark forces of hatred and division.

By the end of Season 5, The Expanse had a lot of ground to cover for its remaining hours. Most immediately, of course, was the war with Marco Inaros (Keon Alexander), the Free Navy Belter who kickstarted an all-out war with the Inners by chucking a huge asteroid at Earth; in the short time between seasons, he’s thrown even more rocks at the planet, pummeling the biosphere and essentially fast-tracking a total ecological collapse.

When we’re reintroduced to Shohreh Aghdashloo’s Secretary-General Avasarala, all the piss-and-vinegar bio we associate with her vanishes as she looks over the desolate wasteland where a thriving agricultural center used to be. She’s in mourning, not just for a slowly-dying Earth, but for the woman she used to be — the kind of person who likely provoked such animus against Earth from the Belt in the first place.

Chrisjen isn’t the kind of person who would hang a Belter up by hooks to torture them in Earth’s gravity anymore; she’s grown wiser as a leader, more diplomatic. This season saw her struggle to reconcile those two halves of her personality. 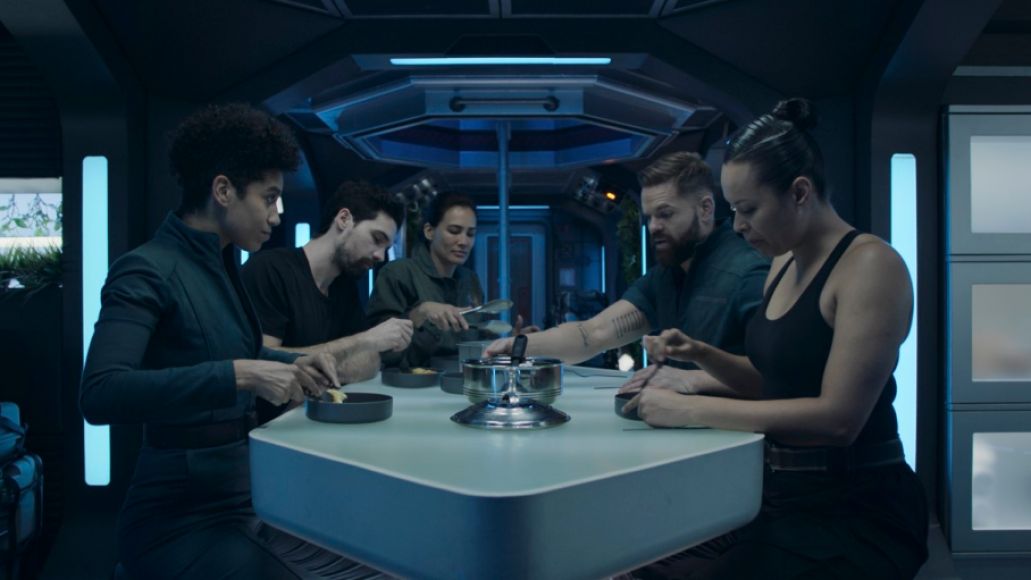 That sense of entropy and loss pervades the season, particularly its first episode, “Strange Dogs.” Even the victorious Belters of the Free Navy are running into issues of long-term survival: There is simply not enough food and resources to go around, decimated by both the war with Earth and the Belters’ own infighting. Then there’s the crew of the Rocinante, still mourning the loss of Martian pilot Alex Kamal last season (actor Cas Anvar’s alleged sexual misconduct led to a last-minute stroke for the Roci‘s moral center).

The vibes, as they say, are off on our favorite piece of Martian salvage: James Holden (Steven Strait) does his best to fill the pilot’s seat, while Naomi Nagata (Dominique Tipper) wrestles with the guilt of Alex dying to rescue her and her PTSD from her dangerous ship-to-ship EVA without a suit last season. As for Amos Burton (Wes Chatham), he’s his usual unflappable self, though he struggles to help Season 3 villain-turned-repentant new recruit Clarissa Mao (Nadine Nicole) find a place on the ship. As Kurt Russell once opined in The Thing, they’re all tired, and nobody trusts each other.

Existential crises don’t just extend to the Roci or their nemeses, either. Belter rebel Camina Drummer (Cara Gee), trying desperately to hold onto the remnants of her polygamous family of space pirates, forges an uneasy alliance with other Belters who have yet to be squashed under Marco’s bootheel. She’s lost so much at this point in the series: Fred Johnson, Anderson Dawes, Klaes Ashford, even Naomi Nagata in a way.

And with every heavily-mascaraed stare or growled outburst, Gee signposts all of Drummer’s brittle fragility. She’s tough, but so much of her power comes from the white-hot fire of revenge. “The universe has no place for me,” she spits at Naomi late in the series. What little justice she’ll get for her people, and humanity as a whole, comes from the momentum of all of that loss. It’s probably the thing that she and Avasarala have most in common, which is what gets them to finally break bread, shake hands, and unite Earth and the Belt.

That pervading sense of hope against all odds becomes The Expanse‘s broader thematic thrust in its final episodes. Just as all seems lost, hope springs from a few unexpected places: Clarissa’s open-hearted quest to earn her place on the ship; Bobbie Draper’s (Frankie Adams) full integration into a member of the Roci‘s crew (finally!); Filip (Jasai Chase-Owens) hitting rock-bottom and finally starting to question the radicalism and ego of his father’s crusade. Slowly but surely, the tide begins to turn due to a few vital battles, lovingly rendered with all the teeth-clenching tension and high-G maneuvers the series has perfected at this point. 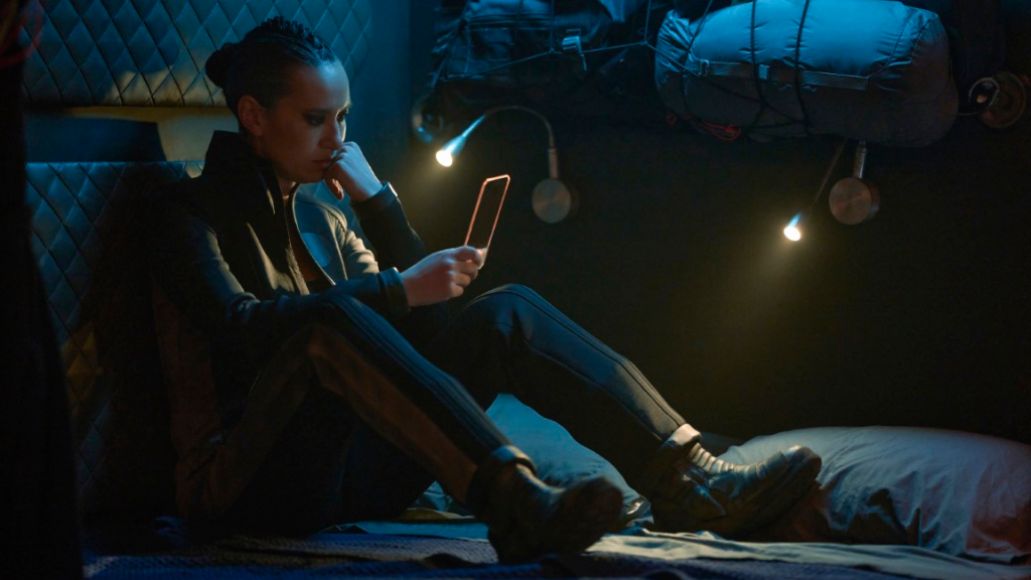 Sometimes that idealism bites our heroes in the ass, The Expanse never being shy about reminding us that doing the right thing comes at a cost. Halfway through the season, Holden chokes on a vital moment to kill Marco once and for all because he remembers that Filip is on the ship as well. “I can’t be the one who kills your son,” he explains to Naomi. It almost certainly leads to more lives lost, and the show makes no bones about it being a horrible decision. But, in the moment, it’s a price to his soul Holden’s not willing to pay.

Holden’s idealism has been the lynchpin of the show since the beginning, a regular guy motivated almost solely by an aggravating desire to do the right thing and ascending to big-damn-hero status because of it. He’s the center around which all of the other characters gravitate: it’s enough to get the crew of the Roci to follow him into battle, to turn the tide of major conflicts, and to get the ear of the most powerful people in the system.

“You follow your conscience in the hope that others would follow theirs,” Naomi reassures him in the final moments of the series. In the politically complex world of the series’ interstellar conflicts, that kind of black-and-white certitude cuts through the noise of grievance and oppression to bring everyone together.

In these respects, Season 6 of The Expanse is as consistent, thrilling, and entertaining as the five seasons that preceded it. But because of its shortened runtime, all of these conflicts are compacted and streamlined in ways that dull the show’s heretofore-impeccable momentum.

You feel it most with Marco, who in Season 5 felt like a morally-complex crusader with a keen strategic mind but here is whittled down to a preening, egotistical baddie. Sure, part of that is intentional: whether he’s poo-pooing efforts to bolster the Belt’s food supply or leaving the people of Ceres high and dry just to slow down UN forces, it’s clear that Marco’s greatest weakness is his pride. It gives Alexander fewer layers to play, and even less time to play them — a critical mistake for the show’s primary villain. 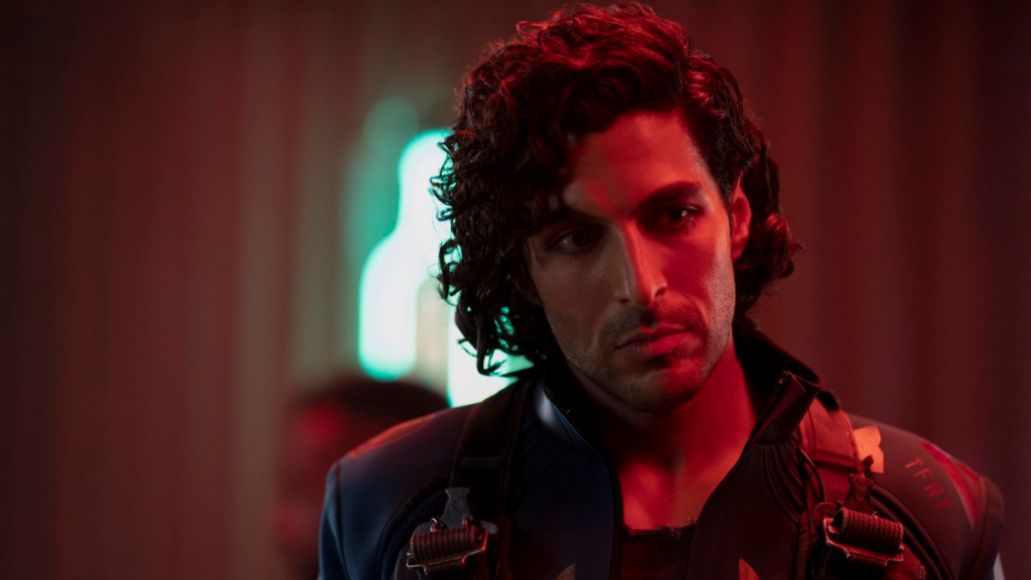 More baffling is the decision to introduce elements from future books the show won’t have time to adapt. At the beginning of each episode this season, we’re treated to an isolated melodrama happening on a planet on the other side of the rings — Laconia, now populated by a colony of Martian separatists, including a young girl whose interactions with the planet’s wildlife may have far-reaching implications for humanity’s relationship with the unknown. While it’s a fun tease for book fans, and ostensibly offers some neat setup in case the series gets a second life elsewhere, it eats up valuable real estate in an already compressed batch of episodes that could sorely use the time.

But as the show has to sprint towards its finale, that same energy turns its final pair of episodes into a rollercoaster of escalating stakes, vivid space battles, and thematic chickens coming home to roost. The show’s climax, a multi-planed assault on the Ring gate that sees Earth, Mars, and Drummer’s faction of the Belt united against Marco, is nothing short of thrilling, expertly marrying the show’s keen tightrope walk of intricate character work and innovative space action.

That same two-dimensional egotism that hampers Marco’s characterization also becomes his undoing, as Holden tricks him and his ship into being consumed by the mysterious forces slowly awakening inside the Rings. The war ends, Drummer ends up the leader of a unified organization tying the Inners and Belters together, for the possibility of a lasting peace. And Filip, once thought lost to radicalism, gets the chance to forge a new life for himself. And the crew of the Roci — with Clarissa and Bobbie now permanent members — get to fly off into the sunset. Peace in our time.

The creatures who await beyond the Rings, the odd biology of Laconia, the zealous Martian admiral activating the mysterious Ring-builder ship in orbit over Laconia — those are concerns for another day. Maybe in thirty years’ time, the creators will be able to bring back the cast and crew to finish the saga and deal with the new threats that lay just beyond the Ring. But for now, the universe knows peace, even if it falls apart tomorrow. The Expanse closes its doors (for now) on that same hope that drives every one of Holden’s decisions: the hope that this time, we’ll get it right. For the fans of a show that snatched new life from the jaws of cancellation, that’s more than we could have hoped for.

The Expanse is streaming now on Amazon Prime Video.

The Expanse Goes Out on a Strong, But Shortened Note in Its Series Finale