Vein.fm (formerly Vein) have announced their sophomore album, The World Is Going to Ruin You, arriving March 4th. The band also shared the video for the lead single “The Killing Womb.”

Even though the Boston-based quintet had to alter its name due to legal reasons, Vein.fm’s fierce brand of hardcore and metalcore remains intact. As heard on “The Killing Womb,” elements of early 2000s alt-metal and industrial also shine through.

Vein.fm burst onto the scene with a series of underground EPs before garnering critical praise for their 2018 debut, Errorzone. As the band explained in a press release, “every release is like its own universe,” and the new LP further expands on the sound of that early output.

“But it’s not a contrived nostalgia trip,” vocalist Anthony DiDio added. “We’re just naturally taking that part of the band to a fuller potential. Errorzone was entering another world, while this record is Vein.fm coming home.”

As for the album title and lyrics, DiDio hopes fans embrace The World Is Going to Ruin You on a personal level.

“I was coming from a very anti-social mentality,” DiDio said. “I want people to completely disconnect and have their own personal journey through this album.”

The album’s 12 songs were recorded with Grammy-winning producer Will Putney at Graphic Nature Audio in April 2020, early on during the COVID-19 pandemic. Later that year, Vein.fm would unveil their new band name alongside a remix album, Old Data in a New Machine, Vol. 1.

Coinciding with the release of the new album, Vein.fm are booked to support Touché Amoré’s Spring 2022 North American tour. The trek kicks off March 4th in Oakland, California, and wraps up on April 12th in Santa Cruz, California. Get tickets via Ticketmaster.

You can pre-order The World Is Going to Ruin You via Closed Casket Activities. Watch the video for “The Killing Womb” and see the LP artwork and tracklist below.

The World Is Going to Ruin You Artwork: 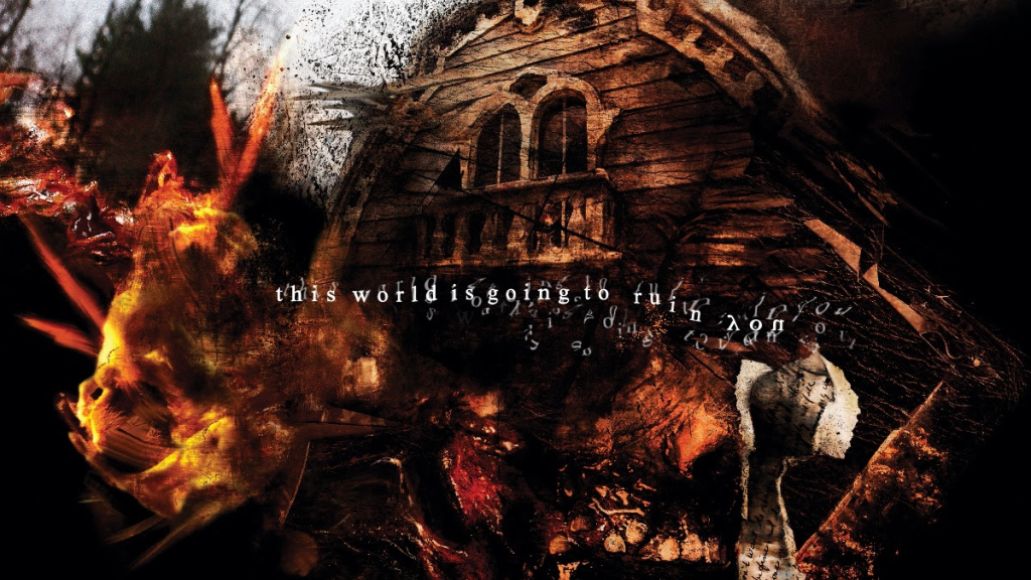