BeachLife Festival has announced its 2022 lineup, which is headlined by Weezer, Smashing Pumpkins, and the Steve Miller Band. The concerts on the coast go down May 13th through 15th in Redondo Beach, California.

BeachLife launched in 2019, took a COVID-19 break in 2020, and returned in 2021, though the pandemic pushed it out of its usual spring slot to September. Now returning to May, the fest will also see performances by Sheryl Crow, Black Pumas, 311, Lord Huron, the current version of Stone Temple Pilots, Michael Franti & Spearhead, The Allman Betts Band, Capital Cities, Cold War Kids, Vance Joy, and more. Check out the full lineup below.

Tickets start at $159 for single-day general admission and $419 for three-day GA. There are also plenty of VIP packages with nautical names such as Captain and Admiral that cater to deeper pockets. Book your spot here. 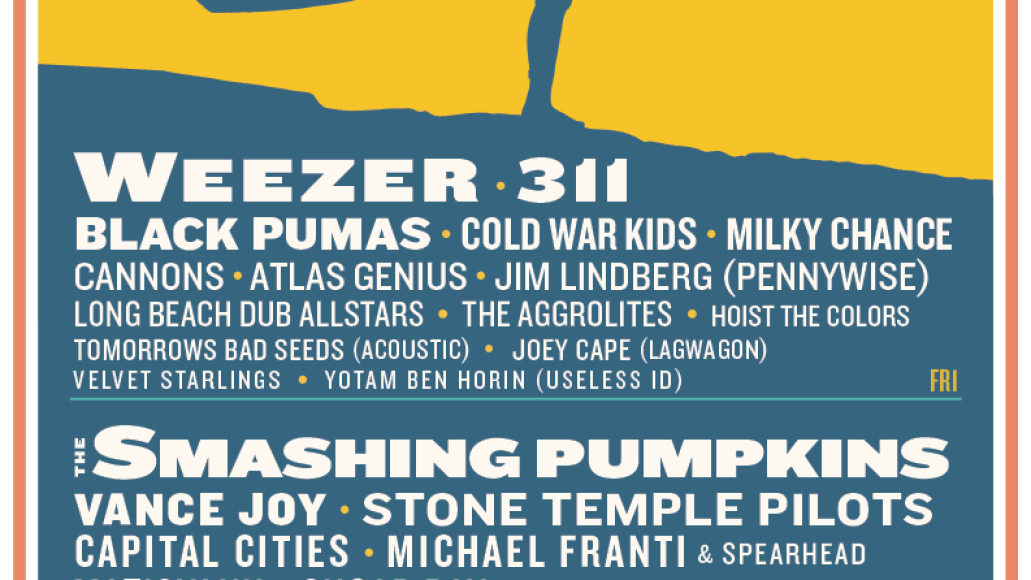