The nonprofit music festival 80/35 is returning this summer for its first iteration in three years. Taking place on July 8th and 9th in downtown Des Moines, the 2022 lineup is led by Father John Misty, Charli XCX, and Japanese Breakfast.

Going down July 8th and 9th in Western Gateway Park, the 13th edition of the festival will feature more than 40 acts across three stages, two of which are free. Some of the other notable acts are Guided by Voices, Future Islands, Tkay Maidza, Jamila Woods, and Geese.

Meet Me @ The Altar, Pachyman, MonoNeon, BLACKSTARKIDS, Hannah Marks: Outsider, Outlier, The Envy Corps, Vended, Haiku Hands, Evann McIntosh, and Miloe round out the lineup, with many more artists to be announced.

“We could not be more excited to return to downtown Des Moines for the first 80/35 since 2019,” said Mickey Davis, Executive Director of the Des Moines Music Coalition. “Since 2008 the festival has become an essential part of the fabric of summer in Des Moines, and we look forward to celebrating the musicians, music fans, music industry workers, and volunteers who make this festival so special.”

Two-day passes for the festival start at $95 for general admission, with VIP access setting attendees back $195. Early bird tickets are now available to members of the Des Moines Music Coalition, with tickets available to the general public on Friday, February 25th at 10:00 a.m. CST. Grab yours here. 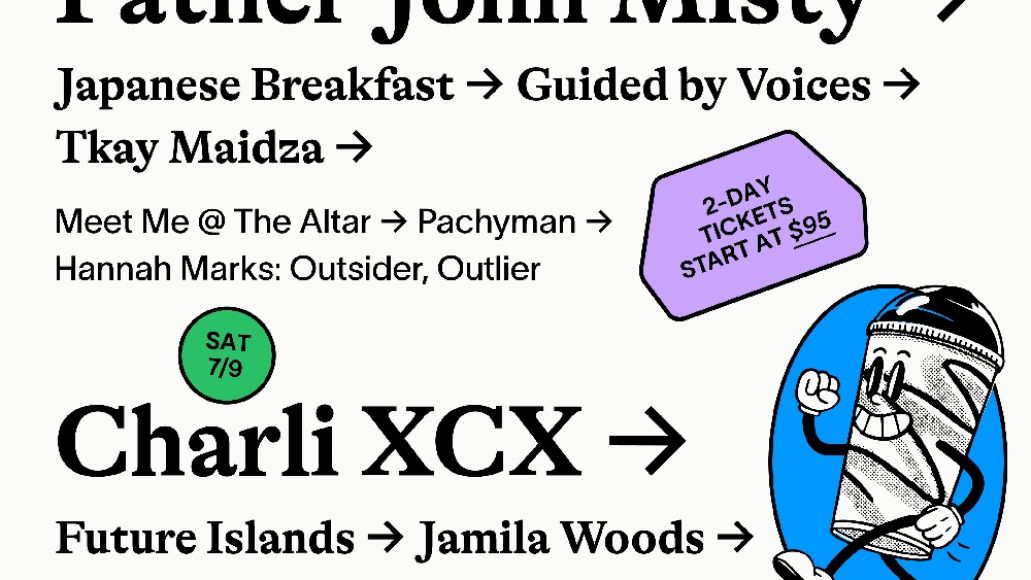