Bad Religion are hitting the road for a spring US tour. The punk veterans will be supported by Slaughterhouse for the short outing, hitting 10 cities along the West Coast.

Dates kick off March 26th in Tucson, Arizona, and wrap up on April 9th in San Diego. Tickets go on sale today (February 1st) at noon local time and can be purchased via Ticketmaster.

Bad Religion previously went out late last year for a co-headlining tour with Alkaline Trio. It was at the final date at the Hollywood Palladium where the bands linked up with Los Angeles act Slaughterhouse — a featured opener for the gig — who Bad Religion have now tapped for the upcoming spring jaunt.

Legends of the California punk scene, Bad Religion celebrated their 40th anniversary as a band back in 2020. They released their most recent album, Age of Unreason, in 2019 and later rang in President Biden’s inauguration with the single “Emancipation of the Mind.”

You can see the tour poster and full list of dates for Bad Religion’s spring US trek below. Get tickets here. 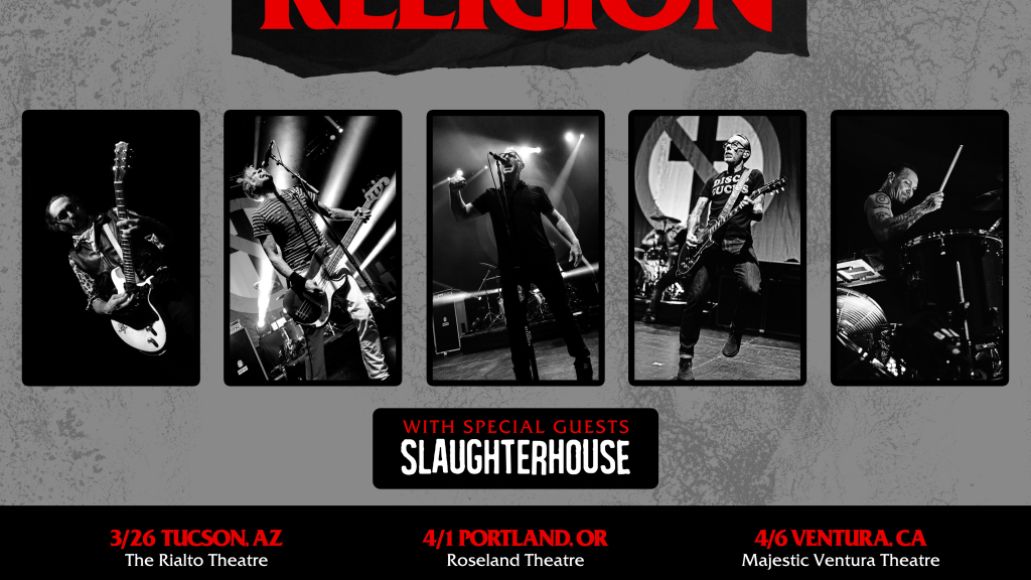