Beach House have always been masters of atmospheric pop. Their music teems with emotion; almost every song is a psychedelic haze, a whirlwind of sound that seems to envelop the listener from all directions. But perhaps the most powerful aspect of Beach House, the duo of Victoria Legrand and Alex Scally, is the beating heart at the center of each of their songs, the “eye of the hurricane,” so to speak.

Beach House’s process tends to revolve around this notion — according to Legrand, there’s a “deepening that occurs” when they sit down to create. Each Beach House album strikes a unique balance between urgency and resignation, of intimacy and distance. With their eighth studio album, Once Twice Melody, they’ve seemingly perfected this unique formula.

Once Twice Melody (out February 18th via Sub Pop) is a sprawling, deeply moving work from the Baltimore duo, and one of the most affecting and remarkable albums in their storied career. Across 18 tracks, Legrand and Scally create dazzling moments of clarity, taking their time to let these mini-transformations develop and flourish.

Such a level of sonic determination and success isn’t anything new for Beach House, but the way they’ve released Once Twice Melody certainly is: rather than release the double album in full, they’ve opted for a more fragmented approach, ambitiously releasing each “chapter” as an EP over the span of four months, beginning in November 2021.

This wasn’t necessarily a business or stream-minded approach; rather, Legrand calls it “a creative choice, where we would be peppering this period of time without stagnation.” Scally agrees. “Oftentimes, you’re waiting nine months to a year after you’ve finished something to release it,” he says, “and this was a way to get it out closer to when we finished making it. That felt really exciting to us.”

Though streaming has created an environment in which artists are encouraged to employ shorter, more fragmented release strategies, Beach House still believe in the power of the full-length. “The idea of an album in essence just encapsulates a period of time usually in an artist’s life or working life — two to five to ten years of work,” says Scally, “I think it still does that.”

Legrand also feels that while they broke up the album into chapters, there really is no “right” way to listen to it. “The chapters are just these gateways into it,” she says. “You can just get lost how you want to — that’s the beautiful thing about music, and you can’t forget that. There’s a lot of freedom in it.”

Freedom is certainly an apt word to describe their process. Legrand and Scally both feel that there is no intended journey in Once Twice Melody, and the feelings it may evoke are entirely dependent on what sticks out to the listener. However, there is an undeniable air of acceptance throughout the album, a peace and a wisdom that looms even larger than their previous efforts.

“Words are these touchstones and you see it, you touch on it, you turn, you think about it, you reflect.”

Discussing the songs on Once Twice Melody, it’s easy to see the pride and appreciation that the two have for creating art that is moving and meticulous all at once. But even deeper in these songs is a great deal of vulnerability, both in lyrics and overall sonic expression. Legrand and Scally show no hesitation to go there; to take indescribable emotions and explore them in widescreen, and to touch upon macro ideas of life, death, love and loss.

Now that they’re in their eighth album cycle, and considering the emphasis on “vibes” in their style of music, it’d be easy for Beach House to keep the door shut — but Legrand believes that being vulnerable and open is more necessary now than ever. “I think there’s something very beautiful as you move forward and go on with life,” she says. “Maybe the desire to make more stories about the experience of living is so that others can find some pieces of themselves that field some sort of common ground, or reflection, or an answer of which there is no ultimate.”

It’s that very quest that continues to drive Beach House, and songs like “Runaway” and “Hurts To Love” are gorgeous, brilliant entries in their catalog of universal anthems. The particularly arresting “Runaway” touches on how “there is something beautiful in running, but it also kills you.” When asked to elaborate, Legrand comments on the sacrifice it takes for them to create this emotional art so frequently. “I think whenever you make something, a bit of you dies,” she says. “I do think there is a bit of sacrifice in making these albums. Every single one has changed us and also has destroyed us in certain ways.”

They liken this exercise in sacrifice to running; as Scally puts it, there is a “tendency in humans to stick your head in the sand and not see what’s right in front of you. There can be something really fun in doing that, but it ultimately is self-destructive behavior.”

This is one of the thematic through lines of Once Twice Melody, and in the rest of their catalog — across their eight albums, there is a sense of infinity juxtaposed with the idea that all things must pass. Legrand and Scally know this well. “The day we stop feeling that desire to explore and experiment or enjoy making music together, then I think that will be the death of Beach House,” Legrand muses.

That dissolution doesn’t appear to be coming any time soon. Beach House are about to embark on an extensive tour, traveling across the US this spring, hitting the UK and Europe throughout May and June, and then returning to the States for more headlining shows in July. The pair couldn’t be more excited to get back on the road: “It feels like life,” says Legrand, “this world of isolation and no contact is not life. Touring is a ‘life’ feeling.”

Beach House have always wanted their live shows to be as immersive as their albums. “We want there to be space for [the audience’s] ability to get lost in their thoughts and feelings,” says Scally. “That’s one of the reasons why we keep it dark and the music so loud.” Not only that, the band is keen on keeping the setlists flexible — in fact, they’ve conjured up a setlist creator for each date of their 2022 tour on their website, so fans may specifically curate which songs they want to see the most. “There are definitely songs that we want to play every night, but we want to change it up,” says Legrand. “We’ve never been a robot band.”

Once Twice Melody is truly an experience, an album so immersive that its extensive run time is almost suspended. Legrand and Scally have truly outdone themselves, and their ambitions are certainly rewarded. Throughout this patient, gentle work, are two artists mapping out human emotions in a cinematic and wholly unique way. “It’s all an endless question,” says Legrand. They’ll continue seeking the answers in as many ways as they can.

Catch Beach House on tour; tickets are available via Ticketmaster. 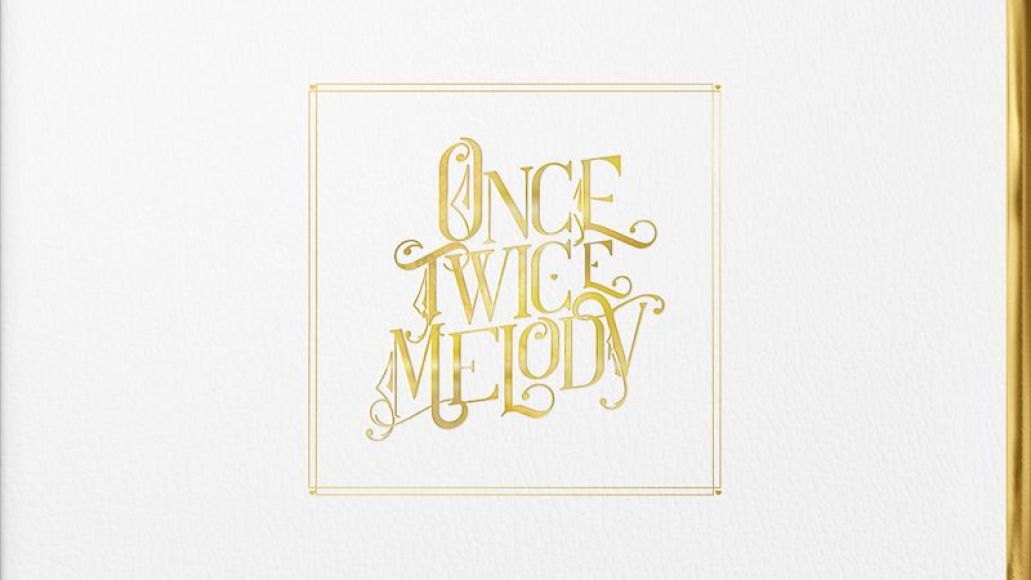