Black Country, New Road have released their second album Ants From Up There less than a week after frontman Isaac Wood announced his amicable departure from the band. Stream it below.

The founding member and lead singer cited mental health struggles in the opening of the band’s full official statement, shared via their social accounts on January 31st.

“I have been feeling sad and afraid too…it is the kind of sad and afraid feeling that makes it hard to play guitar and sing at the same time,” Wood wrote. “To be clear: this is completely in spite of six of the greatest people I know, who were and are wonderful in a sparkling way.”

The UK rock collective march forward on their last set as a seven-piece by deepening their sonic arsenal and extending their range of studio experimentation, as the band described in their Origins breakdown for “Concorde.” The album also features the late 2021 singles “Chaos Space Marine” and “Bread Song” as well as “Basketball Shoes,” which has been kicking around their live set since their formative years.

Ants From Up There arrives one day shy of the first anniversary of their breakthrough debut For the first time, which ranked No. 37 on Consequence’s Top 50 Albums of 2021.

In light of Wood’s departure, the group’s spring tour has been canceled, though the full official statement closes with the promise of new music as well as “everything that goes along with that (shows included) pretty soon.”

Ants From Up There Artwork: 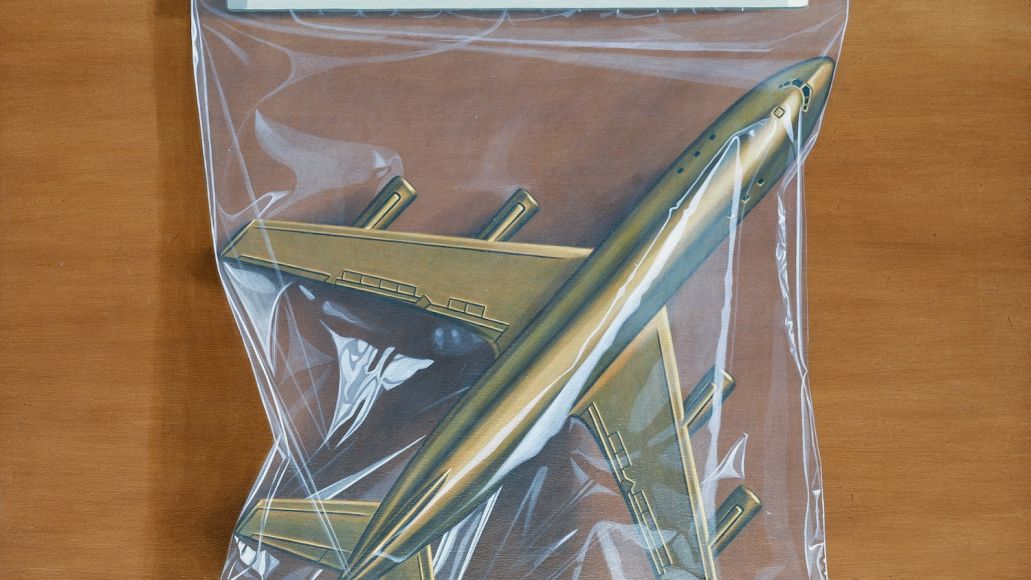