Mustaine and Gibson previously unveiled the guitar back in December, but only a small allotment were available to purchase at that time. The signature model comes in two finishes — Antique Natural and Silver Metallic — and retails for $2,799.

The appointments on the guitar were designed to excel on stage or in the studio, to the Megadeth leader’s specific demands. The 25.5” scale mahogany neck has an ebony fretboard with a compound fretboard radius, 24 medium jumbo frets, mother of pearl “teeth” inlays, an Explorer-style headstock with Grover Mini Rotomatic tuners with Kidney buttons, and a Graph Tech nut.

In addition, the mahogany Flying V-style body — Mustaine’s silhouette of choice — is equipped with a Tune-O-Matic bridge, a Stop Bar tailpiece, and a pair of signature Seymour Duncan Thrash Factor pickups.

“Working with Dave is especially gratifying because he is a guitar nerd like me,” commented Gibson’s Brand President Cesar Gueikian on the announcement of the Flying V, “who gets involved in every aspect of the development of the concepts and ideas we have been designing with him at the Gibson Lab.”

Mustaine and Megadeth are set to return to the stage this spring, continuing their co-headlining tour with Lamb of God. The stateside trek kicks off April 9th in Las Vegas, Nevada, and runs through a May 15th date in Allentown, Pennsylvania. Get tickets via Ticketmaster.

The Flying V EXP is already sold out on Gibson’s website, but you can purchase the guitar on Reverb. Check out images of the Antique Natural and Silver Bullet finishes below. 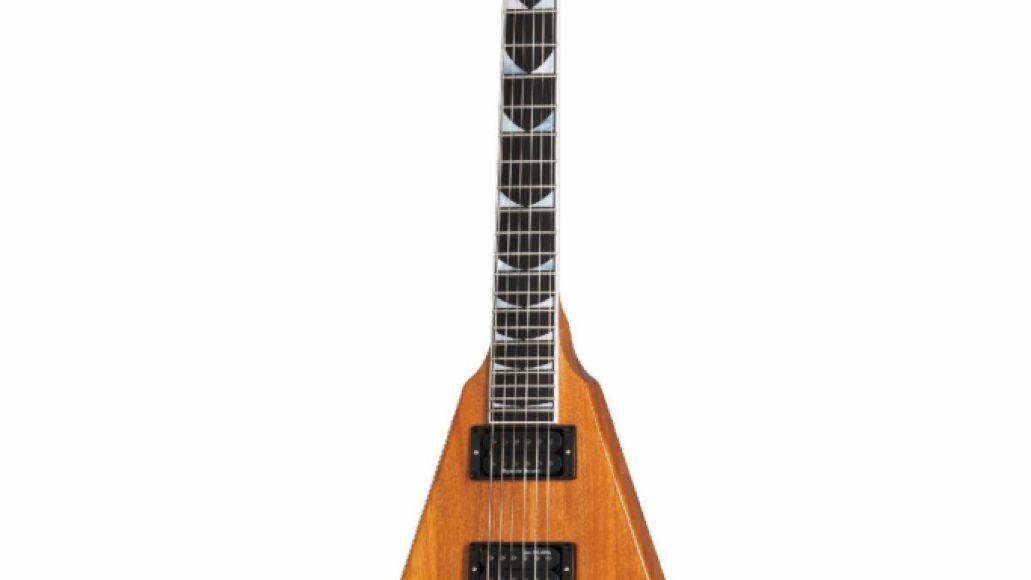 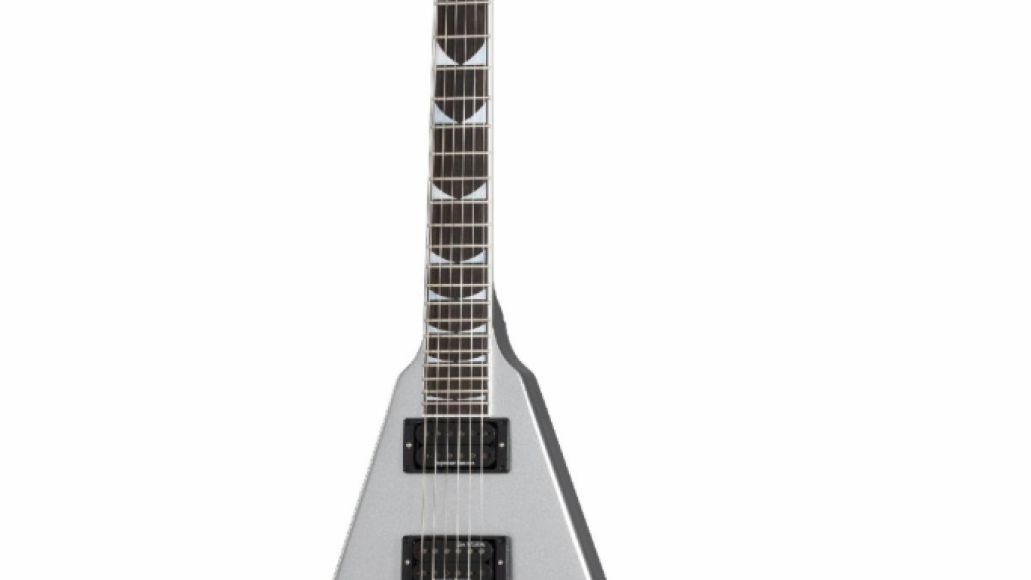