David Lynch is rightly considered among the most impenetrably bizarre and allegorical filmmakers of his generation; however, there’s always a resolutely singular sense of authorship and intention to his work (even if he’s literally the only person who knows what he’s trying to say).

Celebrating its 25th anniversary this week, Lost Highway arrived in the midst of a career slump for Lynch. Neither 1990’s Wild at Heart nor 1992’s Twin Peaks: Fire Walk with Me earned the same kind of accolades as his 1980s run of films (well, 1984’s Dune notwithstanding), and even Lynch surmises that the obligatory second season of his groundbreaking Twin Peaks T.V. show — co-created by Mark Frost — lost its way (to put it nicely).

Despite all of these projects being subsequently reevaluated in positive ways, at the time, they represented a perceived decline in creative ability and commercial marketability.

Beyond that, it serves as a remarkable bridge between his earlier works’ deconstruction of deceptively wholesome communities and the glitzier corruptions of innocence and identity that also permeate the rest of his Los Angeles trilogy (2001’s Mulholland Drive and Inland Empire).

Much has been written about the narrative and meaning of Lost Highway, with wildly different interpretations testifying to both its intentional obfuscation and its place as a perfectly fitting entry into Lynch’s uniquely dreamlike yet discordant and ambiguous oeuvre.

Rather than admit comprehension and guilt, Fred claims that he has no memory of what happened, and he disappears into an alternate existence wherein he and Renee become new people (Pete and Alice, respectively) and inadvertently embark on another kind of doomed romance. 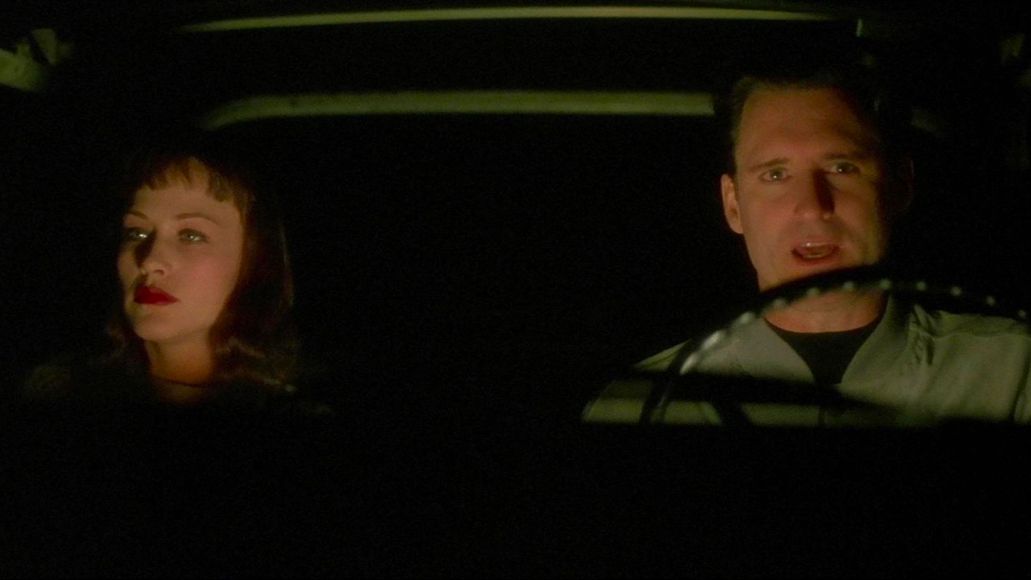 Along the way, other important people from their real-life are reimagined, and an ominous Mystery Man — who’s been sending the couple ominous footage of their home — proves to be a relentlessly foreboding yet integral presence in all realities.

Obviously, that’s a reductive rundown begging for elaboration and/or disagreement. In fairness, though, even the main actors had their own interpretations and doubts.

“[Lynch] has the courage and the honesty to explore the horror that lies within every human being… [Lost Highway] is about the obsession to own someone,” Pullman once explained, while Arquette concluded: “ I think it’s about a man trying to recreate a relationship with the woman he loves so that it ends up better. Fred recreates himself as Pete, but the element of distrust in him is so strong that even his fantasy turns into a nightmare.”

Natasha Gregson Wagner — who played Pete’s devoted but ultimately betrayed girlfriend, Sheila — added: “I wouldn’t say that I understand the script completely, but I like that. . . . We all have our own fantasies about what the secret . . . is.”