The Pitch: Let’s begin this review with what the dog lovers want to know first. Spoiler alert: Nothing bad happens to the dog. There’s some minor peril, and the climax of the film is tough to watch. But no Marley and Me-esque tragedy lurks in the final act. At the end of the film, the dog is fine.

With that out of the way, let’s talk about Dog, the often-charming road trip dramedy that marks Channing Tatum‘s (co)-directing debut, starring Tatum alongside a trio of Belgian Malinoises for a darker and more emotionally affecting film than you might expect from its marketing.

What the Trailers Don’t Mention: All the advertising for Dog sells a pretty authentic version of the film as a whole: Former Army Ranger Jackson Briggs (Tatum) gets tasked with a new mission: Bring a former Army Ranger dog named Lulu (Britta, Zuza, and Lana) to the funeral for her deceased handler, resulting in a wild road trip down the Western American coastline packed with misadventures.

However, the detail that isn’t in the publicity for the film is the fact that due to Lulu’s aggressive behavior, her next stop after the funeral is an Army facility to be evaluated by vets — and likely euthanized, rather than adopted out.

It’s a plot point that mirrors Jackson’s own story as a former military man no longer sure of his purpose after a brain injury led to him leaving the Rangers; he’s desperate to get back to active duty, which is why he agrees to bring Lulu to the funeral in the first place, as a favor to his former C.O. in exchange for the recommendation he needs. But Lulu’s ultimate fate is a dark question mark hovering over the entire film, giving it some additional heft beyond the usual wacky dog comedy — even while necessitating the opening warning of this review. 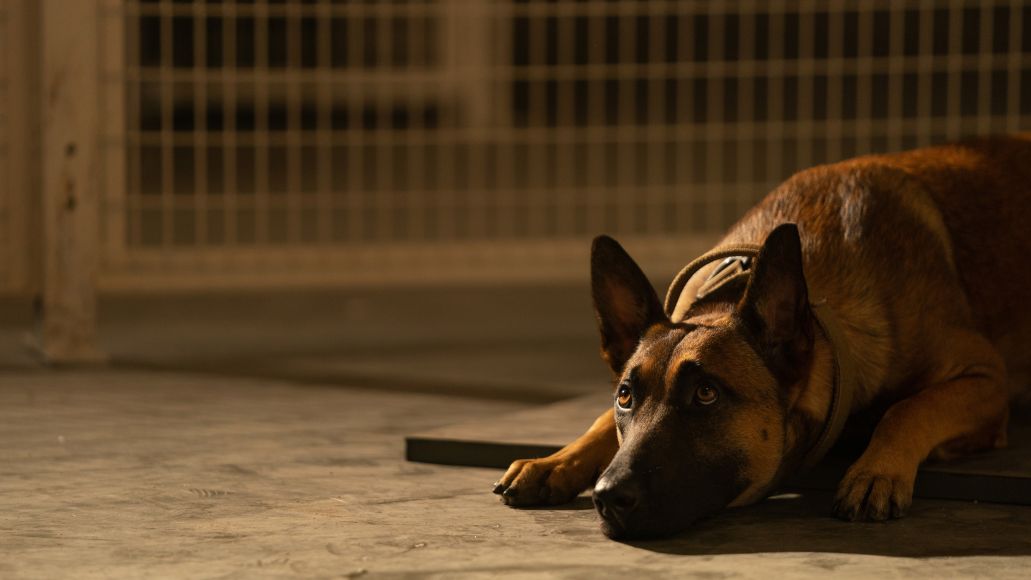 Do You Still Call It a Two-Hander If One of the Characters Has Four Paws? When you consider that probably a good third of the dialogue is just Tatum talking to the dog (having the sort of one-sided conversations that literally any pet owner will find super-relatable), it’s pretty impressive that Dog is as personable and engaging as it is.

Key to that is Tatum’s natural talents on screen; there aren’t a lot of actors who could carry a movie like this, but he’s one of them. While Tatum is a far more versatile actor than he often gets credit for, he’s a movie star because he’s figured out a certain persona that he executes really, really well — a persona we saw in Magic Mike, and see a new version of here.