The audio sample that kicks off the closing track of Epik High Is Here 下 (Part 2), “Champagne,” is crunchy and a bit muffled. Even so, for anyone familiar with the Korean hip-hop trio, it’s clear that it’s frontman Tablo’s voice ringing out on the recording.

Epik High is made up of Tablo, Mithra Jin, and DJ Tukutz, a trio of writers, rappers, producers, and performers who have been working together since 2003. The audio at the start of “Champagne” is taken from a video they, until recently, didn’t know existed. It’s footage of their very first performance together as Epik High.

“It’s us, and we remember it, but it doesn’t even feel like the past,” Tablo tells Consequence over Zoom. “It feels like a moment caught in a crystal orb in a different dimension. Like it’s existing right now.”

It’s impossible to discuss the current influx of South Korean media in the American mainstream and global spaces — sometimes referred to as “hallyu,” or the Korean Wave — without discussing Epik High. RM and Suga of BTS often point to Epik High, particularly their song “Fly,” as an early influence in their own journeys as writers and creators. Epik High is also the first Korean act to be invited back to Coachella, where they’ll be performing this April, for a repeat set.

In that very first performance twenty years ago, though, three young men were at an underground club in Seoul with a capacity of 200 that had somehow managed to squeeze in nearly 300 people. “It’s a different version of us that didn’t know what was going to happen,” Tablo says. “A version that was maybe a little more pure. Innocent.”

True to their name, the past two decades have offered plenty of highs, alongside the heaviness of public struggles. It’s led to now, and to the release of Epik High Is Here 下 (Part 2) today (February 14th). Like that first LP in the series, Part 2 offers features from an array of heavy-hitters within the Korean music world — Younha, Lee Hi, pH-1, and more make appearances throughout — but with a closer listen, there’s a thread of sentimentality that’s more pronounced here.

“In the suitcase, a suit and dress shoes/ An old photo album/ A carton of cigarettes/ And it dawns upon me, that life is just another trip,” they recount on “BRB,” while on “Family Portrait,” Tablo recalls: “My first instrument was a toy music box my father brought back from a business trip.”

There’s some of the frustration that’s bound to accumulate after so long in the industry expressed in standout track “Super Rare” — “Your song is a meme, I’m givin’ ‘em oceans/ Fuck your streams, I’ve done everythin’ that y’all just imagine.”

Then, there’s closer “Champagne,” which would be easy to read as melancholy. “How will I be remembered in the end?” is the question that lingers.

“It’s still a celebration,” Tablo says, referring to the optimistic title of an overall reflective track. “We’re celebrating all our scars, all our failures, all the ‘what could’ve been’ moments.”

Tablo is known for his bracingly honest, sometimes cerebral lyrics often invoking the existential, and he speaks of his work with as much care as one would expect from such a writer.

On “I Hated Myself,” this inner turmoil reaches a peak: “I hated myself/ I was broken on the day that He made me/ He taught me to love/ How to love everyone but me, sadly.” In conversation, Tablo addresses this theme unprompted and openly, but thoughtfully. “I think…” He pauses. “I think I have a really weird relationship with the concept of God.”

He shares that it’s a concept that often felt more like something looming over him than anything close to comforting, and he grew up with a feeling of constant guilt. “When I have semi-religious themes in the music, I’m trying to say that it’s totally ok for you to feel like a sinner, or that you’re doing the wrong thing — because I’m on your side,” he says. Rather than trying to make any sort of commentary on the truth of these kinds of large concepts around humanity and mortality, he explains that he’s more so trying to offer a mirror, a safe harbor of sorts, for anyone who feels the same.

Tablo has broken this down with people who have tried to sway him from being so vocal about such personal topics, whether it’s religion, familial upbringing, or points in the story of Epik High. “I’m speaking from the point of view of a broken person,” he says. “At least doing it through music I’m leaving something that people can vibe to. Can you imagine if I was tweeting this? ‘Here’s a thread.’”

As a young creative, prior to finding Mithra Jin and DJ Tukutz, Tablo wanted to be a filmmaker. He recounts a time in which he would go sit in an old movie theater that would play independent films, foreign flicks, and black and white movies — stories that zeroed in on one person and their sometimes innocuous little life. He shares that in his early twenties, he would sometimes watch three or four movies a day.

When pairing these roots with the story that came to be — one of a person who has spent decades telling stories of his own that have inspired and moved people across the globe — it paints the picture of a person filled to the brim with a magnetic attraction to writing and creating. Nothing has been said outright, but there seems to be an indication that this album might be an ending of sorts for Epik High as listeners know them.

There’s a track on the album called “Piano For Sale,” which seems like the most definitive indicator of an impending conclusion than anything else. If that’s the case — if they really are raising a glass of champagne and toasting to an ending — then this moment, too, has been captured and suspended in time. In other words, Epik High is here.

Get tickets to see Epik High on tour via Ticketmaster. 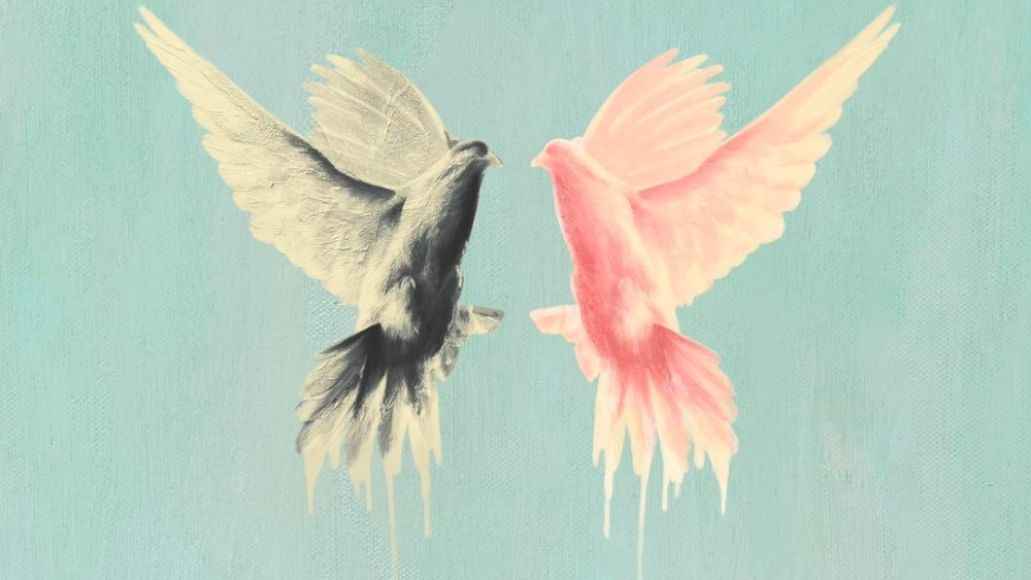