Welcome to Dissected, where we disassemble a band’s catalog, a director’s filmography, or some other critical pop-culture collection. It’s exact science by way of a few beers. This time, we’re ushering in Foo Fighters Week with a definitive ranking of the rockers’ discography.

“Reliable” is perhaps the most apt term to describe Foo Fighters’ legacy in 2022. Across ten albums, Dave Grohl, Pat Smear, Nate Mendel, Chris Shifflett, Taylor Hawkins, and most recent member Rami Jaffee have seemingly cracked the code for rock in the 21st century. There’s an unapologetic earnestness and vigor, led with ease by Grohl, that has characterized all of the band’s biggest songs and albums. Even on their weaker LPs, the band just doesn’t miss.

Originally existing as a solo project for Grohl after the tragic passing of Kurt Cobain, Foo Fighters’ sonic evolution began in a small, introspective way, before eventually transforming into a cathartic, powerhouse six-member outfit. These days, Foo Fighters are not only one of the best selling rock acts of all time, they’re revered heavily for their ethos and philosophy, prioritizing the spirit of creating rock music in its purest form above all else.

Over 25 years into their existence, the Rock & Roll Hall of Famers have conquered the music world without scandals or compromising their essence. Grohl has aged, certainly, but he’s done so with wisdom, grace, and his trademark humor, ever the champion of newer artists carrying the Foos’ torch and proudly maintaining his platform of rock icon. To this day, each news headline involving Grohl’s name is more heartwarming than the last.

We write A LOT about Foo Fighters here at Consequence, and trust us, we’re aware — but we write so much about them because of how undeniable their presence in modern rock music is, and how well they’ve maintained their status and image without losing their edge.

Many of us, including this writer, have experienced defining and life changing moments at Foo Fighters shows. (We’re looking forward to getting more of our fill at their upcoming stadium dates.) And if you love music, the band makes it incredibly easy to connect with them.

Here are each of Foo Fighters’ ten studio albums ranked. 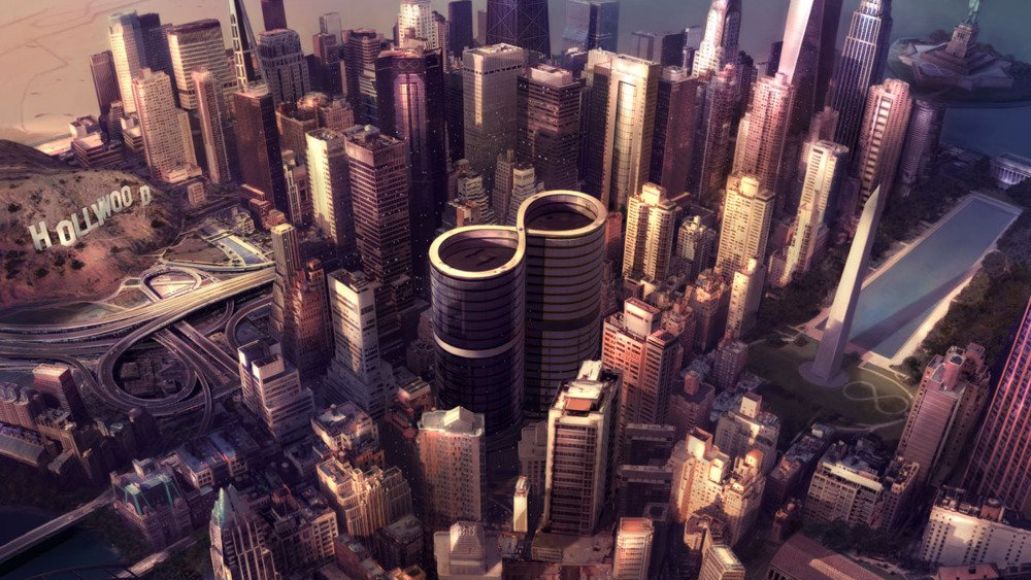 Kudos, My Hero: Foo Fighters recorded each song on Sonic Highways in a different city, drawing inspiration from the environments and musical history within which they were working. They used local engineers and musicians to polish off the album in these various studios, but rather than get a new producer for each city, the band recruited longtime producer Butch Vig to round everything out.

The Best of You: “Outside” was recorded in the California desert and features a stellar solo from Eagles guitarist Joe Walsh. Though the track takes the experience of getting out of the city and into the natural environment of the desert quite literally, it’s definitely one of the most curious and cathartic songs on Sonic Highways.

It bears mentioning once again that Walsh’s pivotal extended solo throughout the song’s bridge is one of the brightest moments on the album — and the band agrees About the solo, Hawkins said, “If you’re gonna have Joe Walsh on your album, you’re not gonna just give him four bars. You’re gonna give him 40 bars and take us out into the fuckin’ desert, man!”

The Pretender: “In the Clear” is one of those odd Foo Fighters tracks that fails to leave any kind of impression. Taking inspiration from the jazz hall acts of New Orleans, Foo Fighters couldn’t quite manage blending those styles with their own, failing to echo the stories of The Big Easy’s prolific musical backdrop.

Stacked to the Rafters: “Something From Nothing” came out with a bang — and a lot of that had to do with the album’s accompanying HBO mini series Foo Fighters: Sonic Highways. With an opening that calls “The Pretender” to mind, Foo Fighters truly build “something from nothing,” starting small and eventually exploding with pure rock and roll energy.

Them Balloons Are Pretty Big: Foo Fighters may not have won any awards for Sonic Highways, but the docuseries was a major move for the band — as we know from their upcoming horror-comedy film Studio 666, the Foos are definitely good on camera.

When I Sing Along with You: The puzzling thing about Sonic Highways is that when watching the series, you really get the sense that this band cares about music, history, and the powerful dynamics that tie it all together from city to city. Yet, even with all the various genres represented by its guest stars, the album doesn’t contain nearly enough experimentation or risk-taking from Foo Fighters.

A lot of the songs seem to fall flat or feel rushed, and though Grohl’s lyrics were inspired by these locations, he ended up using this inspiration in a much more literal and on-the-nose way. There are some gems, as there are on all Foo Fighters albums, but Sonic Highways doesn’t quite reach the payoff that its high ambitions were expecting. — P.R. 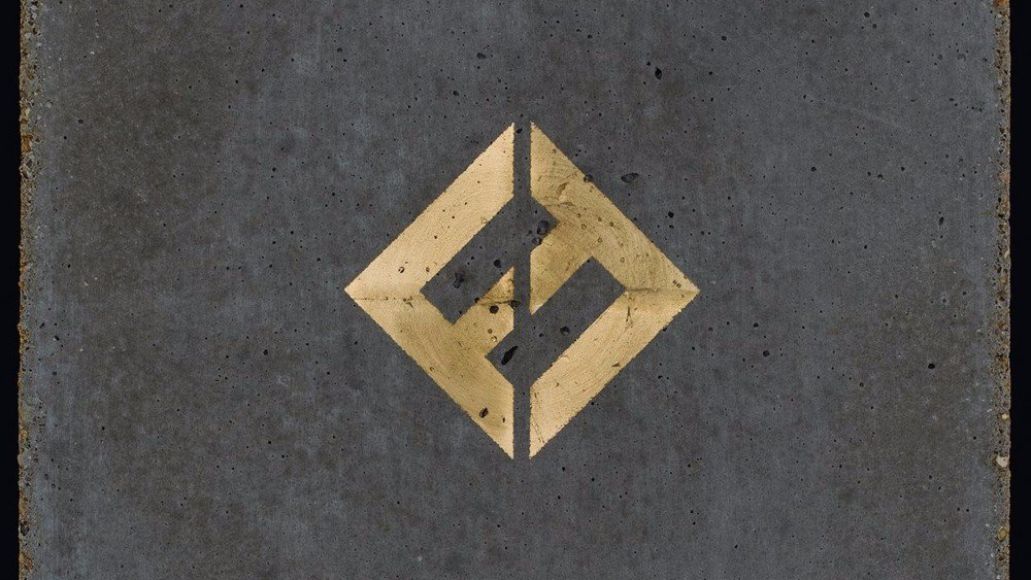 Kudos, My Hero (Producer): Concrete and Gold was Foo Fighters’ first collaboration with Greg Kurstin, a storied, cross-genre producer who’s worked in recent years with Adele, Beck, Paul McCartney, Maren Morris, and more. Kurstin’s robust background in pop especially might have fed into the clean, attainable momentum of tracks like “Make It Right,” and the production album-wide is unadorned and crisp in a way that’s not particularly showy, but still feels like it serves the music.

The Best of You (Best Song): Concrete and Gold has a few solid standouts, but “Run” marks the most interesting instance in the development of Foo Fighters’ sound. Twenty-plus years into making music together, meaningful development isn’t an easy thing to come by — especially without feeling like a heel turn for its own sake. The incorporation of metal into “Run” feels not only organic and warranted, but actually necessitated by the character of the album at large. It’s the most successful synthesis on the album of classic, characteristic hard rock, and a heavier, metal-adjacent sound the band at that time had yet to fully dive into. “Run” also set the tone for the rest of the album, with its sentiments of striving for survival and sanity amid political chaos.

The Pretender (Worst Song): “La Dee Da” uses references to obscure racist bands to criticize the short-sightedness of the “pretty promises” made in racist politics and circles — a strong message in general, but here it’s left relatively uncomplicated by the song’s treatment of it. Some of Grohl’s seething vocals feel like fitting counterparts to the metal introduced in “Run,” and the track contains a few semi-standout lines, like, “Love who I like/ Hate if I want to.” Overall, though, “La Dee Da” finds the raging, static heaviness threaded throughout Concrete and Gold arriving at less of a real conclusion than some of its more skillfully developed counterparts.

“The Sky Is a Neighborhood” searches for solace in the atomic connection of human life to the universe at large, but without sacrificing the angst and turmoil central to the album as a whole — a contradiction which only works in the song’s favor. The expansion of the titular chorus into the lines, “Oh my dear, Heaven is a big bang now/ Gotta get to sleep somehow,” is impossible to shake once it gets in your head, and feels like a characteristic moment of determined rock meant to sit somewhere near the classics in their discography.

Them Balloons Are Pretty Big (Grammys/Accolades): Concrete and Gold was the second Foo Fighters album to debut at No. 1 on the Billboard 200, and its singles were popular and climbed multiple charts upon release. “Run” was the song that carried the album in terms of critical acclaim, winning a Grammy for Best Rock Song and a Grammy nomination for Best Rock Performance in 2018. Concrete and Gold wasn’t overly lauded, but it didn’t do too terribly, either, especially for a later-career album.

When I Sing Along with You (Analysis): Foo Fighters found fertile ground in their ninth studio album’s effort to tread the line between, as Grohl put it, “Hope and desperation.” These key themes provided a reliable rudder for an album with a solid balance between intense hard rock, more ruminative prog rock, and even metal — even during the moments when it felt like the band hadn’t fully decided how they felt about the themes in question.

Concrete and Gold is loaded with noticeable influences from fellow bands and predecessors; it’s easy to hear Led Zeppelin in the guiding guitar line of “Make It Right,” The Beatles in the background vocals of “Happy Ever After (Zero Hour)” and the reliable drumline and nostalgic electric guitar of “Sunday Rain” (which featured an actual Beatle, Paul McCartney, on drums). But it still holds true to the Foo Fighters’ sonic priorities in its persistent intensity, and in all these songs, Grohl’s vocals reaffirm the band’s effort and conviction, even when their messages fall short via straightforward lyrics or expected melodies.

Hope and desperation are necessary foils in the conflicted world with which Concrete and Gold tries to engage — but the album’s commitment to both at times keeps it from delving into either with quite the amount of depth and reflection they demand. Still, firm artistic conclusions to ongoing, real-life conflicts are a tall order, and the album’s ultimate progression from “Just trying to keep my T-shirt clean” to “Our roots are stronger than you know/ Up through the concrete, they will grow” manages to be a relatively convincing one.

In a year that was (like many recent years) plagued by uncertainty, Foo Fighters didn’t have many strict answers to offer here. Still, they did follow through sufficiently on their usual ability to carve meaning and ferocity from the fear. — Laura Dzubay