Fox has acquired the rights to Gumby, and they plan to stretch out the claymation classic into a multi-platform Gumbyverse of new content.

Created by Art Clokey in the 1950s, Gumby and his friend with bend-efits Pokey have starred in two television series and one feature film. Fox will broadcast existing episodes of The Gumby Show and Gumby Adventures on Tubi, but that’s hardly the extent of their plans.

Gumby will star in a new animated series, as well as a live-action (?) film. Besides that, the characters will be rolled up and sold off as action figures, merchandise, and even NFTs. We don’t want to speak for Gumby, but NFTs seem more like a plan cooked up the villainous “G” and “J” Blockheads than something our green hero would endorse.

In touting the news, Fox wrote a quote they attributed to Gumby, which included one fair pun and some of the most tortured corporate gobbledygook this side of a shareholder’s meeting. “Picking a new home was important to me, and I’ve found great partners in FOX Entertainment,” the fictional character Gumby said in a statement. “They have a vision for my modern, multi-platform reemergence, which is thrilling.” Sell it, Gumby. “Throughout our conversations, Pokey and I reiterated that we are talent they can mold. Literally.”

Check out an image of Gumby and Pokey on the Fox Studios lot below. 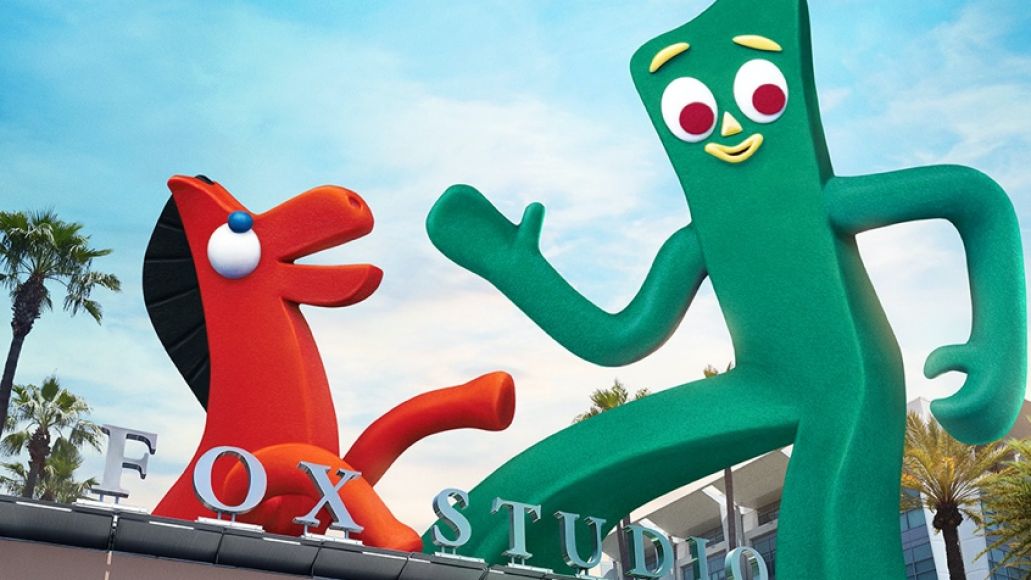