Porridge Radio have a new album on the way called Waterslide, Diving Board, Ladder to the Sky, which is set for release on May 20th via Secretly Canadian. As a preview, they’ve shared “Back to the Radio” as the lead single.

Co-produced by Tom Carmichael, Porridge Radio singer Dana Margolin, and drummer Sam Yardley, Waterslide, Diving Board, Ladder to the Sky follows 2020’s Every Bad. In a statement, Margolin said she wanted the band’s third album to be stadium-epic’—like Coldplay.”

First single “Back to the Radio” previews this cinematic quality with a slow-building ballad about fighting for a one-sided relationship in decline. Choppy, droning downstrokes buzz in the single’s feedback intro before Margolin begins chanting. “We cannot get better if we can’t talk about it,” she sings, her U.K. accent shining in a steady, choked up vibrato. Slowly but surely, her bandmates join in, and whimsical keyboards and chugging guitar explode into a cathartic singalong.

“‘Back to the Radio’ feels like a huge introductory hello or a big ceremonial goodbye,” Margolin said of the single in a press release. “I wrote it at the end of 2019 when we were gearing up for the release of Every Bad and I felt like a lot of things were coming that I wasn’t sure I knew how to handle. The song grew out of a feeling of intense loneliness and being unprepared for what everybody was promising me was about to happen — and a strong desire to escape without knowing what I wanted to escape to. To me there’s a huge feeling of catharsis in this song, of letting go and letting it sweep you away.”

Watch the video for the song below, and scroll on for Waterslide, Diving Board, Ladder to the Sky’s artwork and tracklist.

Waterslide, Diving Board, Ladder to the Sky Artwork: 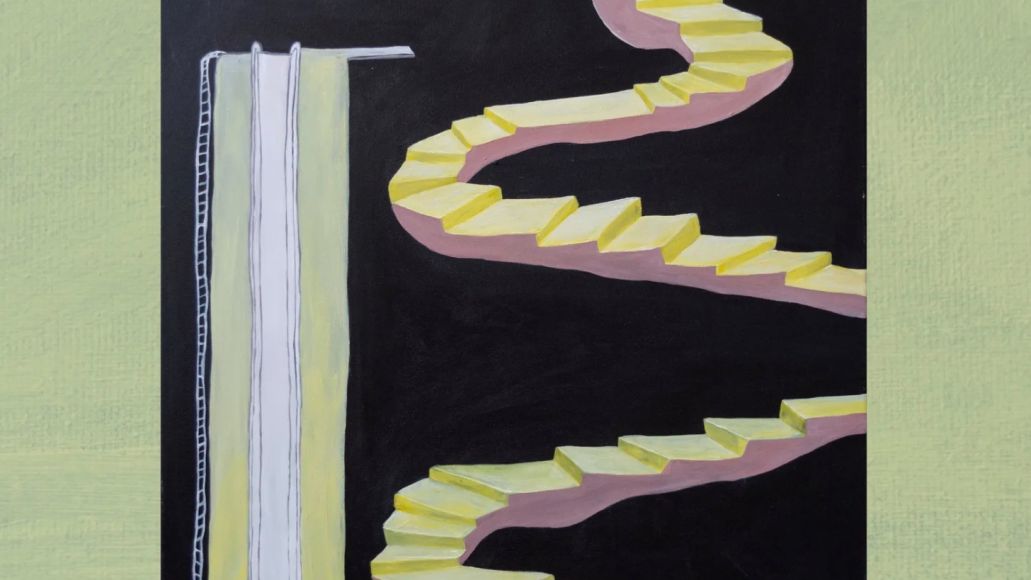