Puscifer have announced a 2022 US tour, the band’s first stateside outing in six years.

Moodie Black are set to support the trek, which kicks off June 9th in Las Vegas and runs through a July 10th show in Seattle. Tickets go on sale Friday (February 18th) at 10 a.m. local time and can be purchased via Ticketmaster, with pre-sales beginning Wednesday (February 16th).

If it seems like Puscifer have already being touring in support of 2020’s Existential Reckoning, it’s only an illusion created by the pair of cinematic livestream performances they hosted after the pandemic hit. The tour’s initial date in Las Vegas will be the group’s first in-person live show since the LP’s release.

Along with Tool singer Maynard James Keenan, Puscifer’s primary members are Carina Round and Mat Mitchell. The rest of the lineup has featured a rotating cast of musicians over the years.

According to a press release, “Pusciforce Agents Merkin [Keenan’s alter ego], Round, and Mitchell have intercepted a coded message, which appears to be extraterrestrial in nature, emanating from the mysterious and elusive Briefcase, that translates as follows: ‘An Existential Reckoning is imminent.'”

In a video address, Agent Merkin added, “Utilizing a hybridized form of highly classified 1st Order Triangulation and Uber Eats delivery tracking software, we have been able to construct a predictive model mapping out specific coordinates for future sightings/appearances of this afore mentioned Briefcase. We will be there. We will be ready. Let the probing Begin.”

See Agent Merken’s briefing and the full list of Puscifer’s 2022 US tour dates below. Get tickets here. 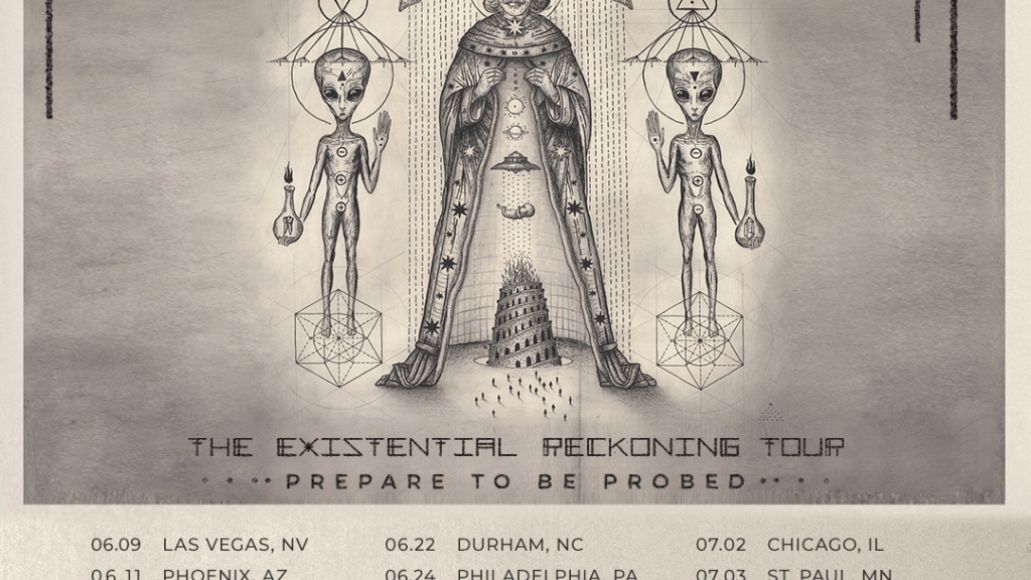