Foo Fighters Week continues here at Consequence with an interview with the director of Studio 666. Keep checking back throughout the week for more interviews, lists, editorials and videos — it’s all things Foos, all the time. You can see everything in one convenient place here.

In the sunny days prior to the COVID-19 pandemic, director BJ McDonnell leaped at the opportunity to take a Dave Grohl story and turn it into a horror film starring a little band known as the Foo Fighters — an opportunity to pay tribute to a genre of film that’s been dormant for a while.

“When I was growing up and when I was younger I would watch these movies with The Beatles or The Monkees,” he tells Consequence. “They would make these movies where they were the stars running around in these crazy situations, and it’s been a long time since we’ve seen a movie like that, in my opinion. Nobody really actually dives in and tries to make those kinds of movies anymore.”

Prior to working with the Foo Fighters, McDonnell had an established interest in horror that encompassed directing several music videos for Slayer and the 2013 feature film Hatchet III. In this one-on-one interview, transcribed and edited for clarity, McDonnell explains what horror films he and the band initially connected over, how the film’s wildest cameos came together, and what it was like directing a group of actors who don’t normally do a lot of acting.

I want to start off by asking how you got involved with the film.

So basically, you know, there are two producers I was working with on a different project, Jim Rowdun and John Ramsey. And they also work with Dave on Sound City and some other projects he does; they always work with him. Dave had this idea to make this horror film and he went to the guys and said, “I want to get a director for this.”

He had a pitch, they sent it to me. I looked at this pitch and I wrote some ideas that I thought would be cool to incorporate with his ideas. I made basically a lookbook and we had a meeting, passed over my lookbook, went over movies that I loved and movies he loves and what we wanted to accomplish with the film and that was it. We basically just got together, threw ideas around, and there we go.

In terms of those movies you guys discussed, do you recall off the top of your head any of the particular touchstones?

We were talking about directors that we loved and movies we grew up watching. I always mentioned John Carpenter films were a big influence on me, Sam Raimi’s Evil Dead movies were huge for me. Amityville Horror, Exorcist — those kinds of films.

We basically agreed a lot on those same kind of movies we all grew up on. That was it, once we got going with that, we talked about the tone of what we wanted to accomplish in the house, the throwbacks of the things we wanted to do with the movies. Eighties movies were the movies I grew up on loving; those kind of molded me. 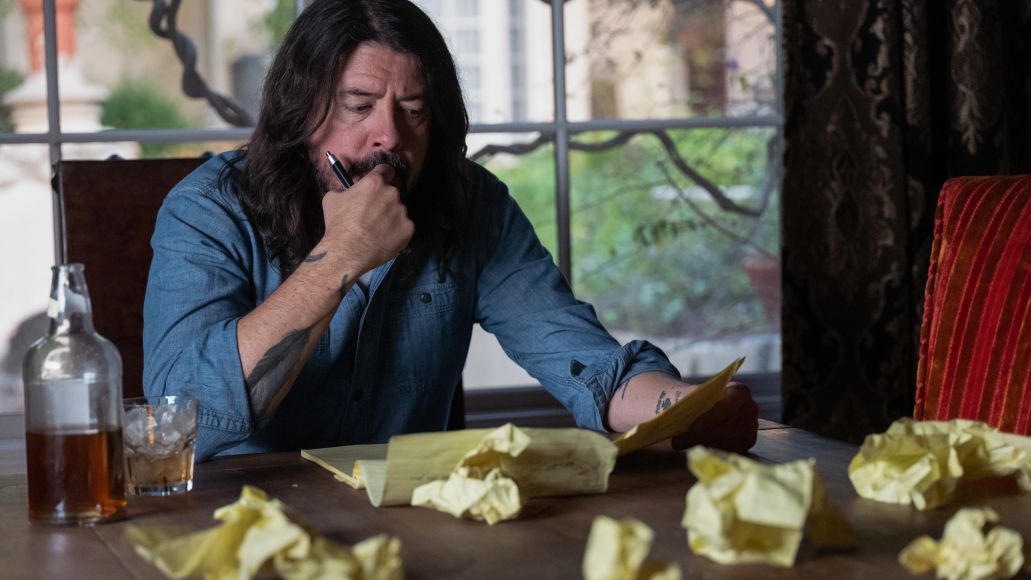 A film like this really plays on the audience’s understanding of not just the band as a whole, but the individual personas. What was your approach in trying to highlight those?

I wanted to make sure that everybody got their own time in the movie. I also made sure in the get-go, which was also for me, a way to let the guys relax because they’re musicians, they’ve made the music videos before. When it comes down to acting and knowing dialogue and memorizing dialogue and hitting your marks and doing all that stuff, it’s not their world. It’s more of our world.

I told them, “You know, play yourselves. We want to see who you guys really would be. I will always remind you guys what’s happening or what’s going on, but be yourselves and say what you would actually say, if you were to see what was happening here or what’s going on over there. I want to hear what you guys have to say — your true selves.” I think it’s really fun to actually play on that in this movie and we did that mostly.

In terms of that, were you approaching it like, “Let’s do one take where we do the lines from the script,” and a second take where you improv it through?

Well, the guys, I will give them a lot of credit, they were pretty good at memorizing what we were doing. They really did their homework and it was kind of awesome. They would come in and know for the most part what we were doing. Sometimes we would nail the lines, sometimes we wouldn’t. Most of the time I was just like, “Don’t worry if you don’t hit it, just go for it.” I never really kept it as a strict rule to make sure “let’s make sure let’s get this script dialogue in.”

I didn’t really care about it as long as we didn’t go off-topic or off subject of what the movie was trying to get to, where our scene was going from point A to point B. Let the guys be the guys.

You don’t have to name names, but did you find at any point that you were saying, “You’re doing great at being yourself, let’s amplify it and put a little more zest in it?”

That was a constant. Once I would get a certain take from somebody I would always try to make sure — maybe this person didn’t quite get this excitement, maybe they didn’t look scared, we need to make sure they were actually looking scared, you would have to remind them.

A lot of times as they were doing their thing, I would just yell it out: “Oh, you just saw this thing, you’ve got to run for your life, you’ve got to be scared!” I would totally yell and try to get them all amped up, I would run over if they were underneath the thing and bang on the thing right before the take and watch them jump. Just try to get the reactions out of them that way. A lot of times I would have to do that, but it was great. The guys were just totally cool to do that. Because sometimes actors don’t wanna do that. [Laughs]

Be excited, you mean? 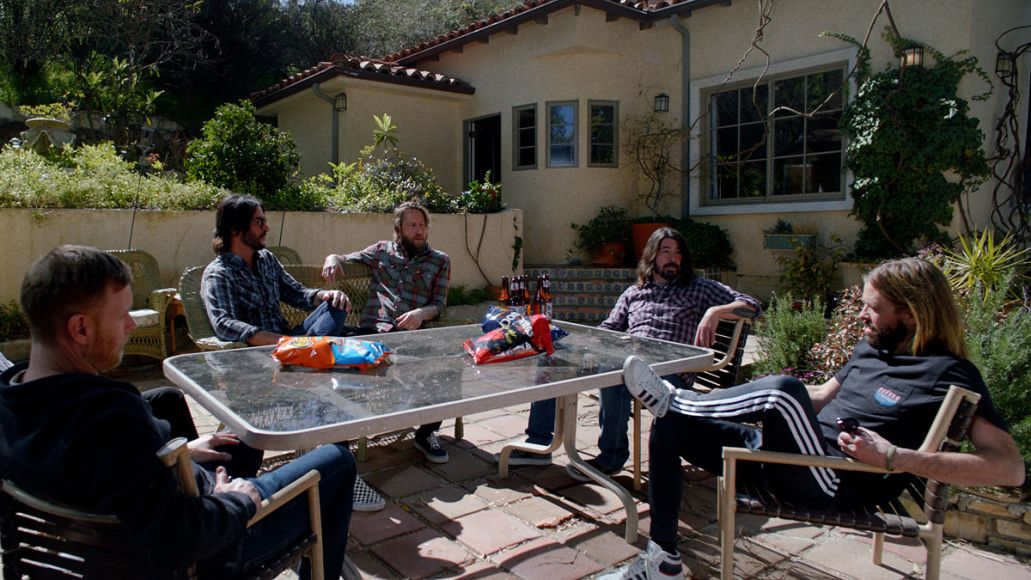 This film was a bit of a surprise to everyone, as it only got officially announced a couple of months ago. But I think what’s really surprising, at least to me, is that most of this film was shot pre-pandemic — just because it is kind of a perfect pandemic premise, with the single location.

Was there a particular reason that things were kept under wraps for so long?

We just wanted to make sure we kept the excitement. When people start hearing somebody’s doing something, everybody starts to expect that and they expect to see things. It’s more fun to try to keep this as contained as possible, so all of a sudden when this is announced, it’s a big surprise. “What? What is this?” We’ve kind of captured it with keeping it under wraps as much as possible.

There were a couple of hints here and there where people were like “we heard this” and “we heard that” and luckily it didn’t go too far, but we wanted to have more of just a surprise element to let everyone know this movie actually existed.

Luckily we had a lot of good crew and cast and we all kept very quiet about the whole thing. It wasn’t the easiest task, but we did it. It was tough too because we shot before the pandemic, got shut down, and then had a whole six months of not doing anything. I was editing remote over Zoom with an editor — other than that, there was a lot of time going by where anything could have been said. Luckily, we were fortunate enough to come back and finish the project.

I think I remember reading that there was this point where there was enough edited together where people were able to be like, “Oh, it’s actually a real movie!”

That was the cool thing. When me and Dave were talking about the project, I think he was just expecting to get a couple of people together, and not a whole film production crew. Just get two dudes with a camera and a boom guy and some special effects and go shoot this movie. But my whole approach with this thing was, “Let’s make a movie.” If we’re gonna do this, let’s really do this. Let’s make it as big as possible and as big-looking as we can. And I think we did it.

Studio 666 Director BJ McDonnell on Scaring Foo Fighters on Set: "We Just Had Fun with It"