Tool have announced “Opiate²,” a reimagined version of the title track from the Opiate EP, along with a new short film coming to Blu-ray on March 18th.

The new release celebrates the 30th anniversary of Tool’s 1992 EP with a re-worked, extended version of the title track. The band also tapped visual artist Dominic Hailstone to work with guitarist Adam Jones on the band’s first video in 15 years: a 10-plus minute short film that will be the centerpiece of the Blu-ray edition (a digital release arrives March 1st).

In addition to the disc, the physical edition features a 46-page art book with behind-the-scenes and making-of photos as well as interviews and insights from “special guests.” The set retails for $29.98 and can be pre-ordered via Amazon.

Hailstone and Jones also collaborated on the visual elements for Tool’s current US tour. The trek continues tonight (February 22nd) in Washington D.C., with tickets available via Ticketmaster.

In other Tool merch news, the band recently unveiled a 5-LP Ultra Deluxe signed vinyl version of Fear Inoculum, but jolted fans with its steep $810 price tag. However, considering that the box set is going for over twice that amount on eBay, it’s turned out to be decent investment.

Check out a close up of the Blu-ray design for “Opiate²” below. Pre-order it here. 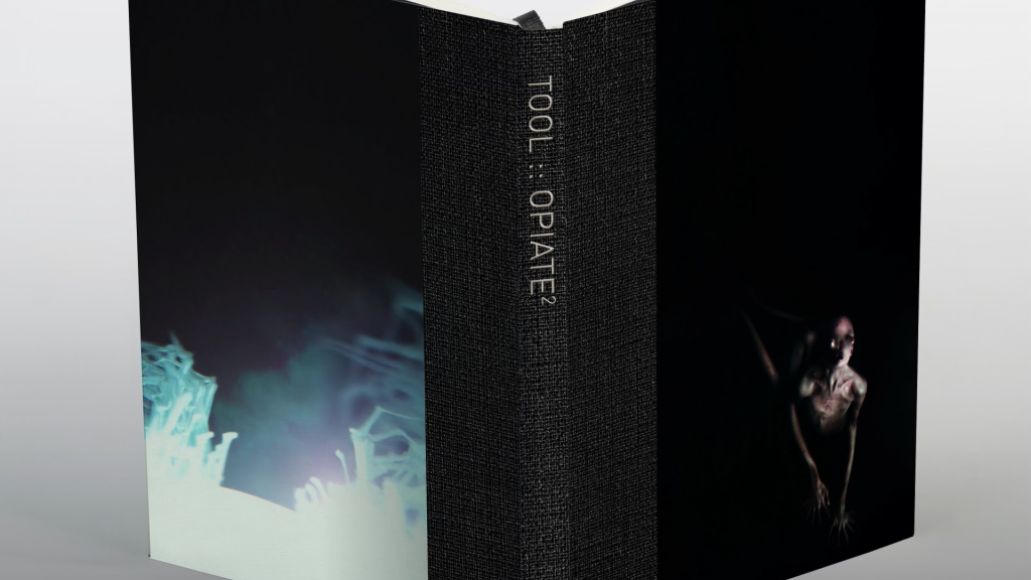