Canadian heavy metal progenitors Anvil are returning with their 19th studio album, Impact Is Imminent, on May 20th. The band has shared the video for lead single “Ghost Shadow” ahead of the release date.

“‘Ghost Shadow’ is my sixth sense telling me I’m being watched!” Kudlow remarked via a press release. “Could be internet trolls or paranormal phenomenon! Either way the song is heavy as f**k!!”

Impact Is Imminent was produced by Martin “Mattes” Pfeiffer (U.D.O.) and Jörg Uken at Uken’s Soundlodge studios. Kudlow deems it Anvil’s most cohesive record, crediting a lengthy pre-recording process that allowed him to flesh out the songs.

“None of our previous albums blends music and lyrics into as tight a unit as Impact Is Imminent,” Kudlow said. “Everything comes together homogeneously. As a result, the new material sounds monolithic, right down to the very last details, both in terms of rhythm and harmonies. In the past, our studio sessions were sometimes like a little like jumping in at the deep end, with us having to improvise a lot and making decisions at short notice.”

He added: “Working on Impact Is Imminent, not only was there plenty of time for the songwriting process in the run-up to the recordings, but I also had the leisure to put all my ideas to the acid test and work on them until they were perfect.”

Touring and releasing albums year in and year out, Anvil remain one of heavy metal hardest-working bands. The band’s underdog story was the subject of the widely seen 2008 documentary Anvil! The Story of Anvil. It introduced the Canadian group to a new generation of metalheads and gave it a major boost in exposure — momentum the band is still riding.

Pre-order Impact Is Imminent on vinyl and CD via AFM Records. Below you can watch the video for “Ghost Shadow” and see the album art and tracklist. 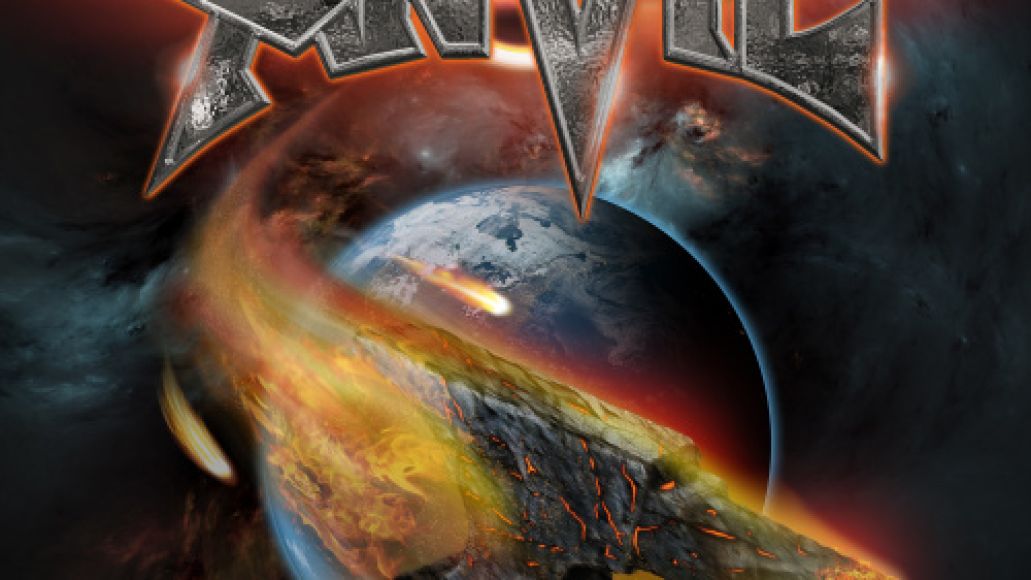