Belle and Sebastian have announced their return with A Bit of Previous, their first studio album in seven years. It arrives May 6th via Matador and includes the new single “Unnecessary Drama.”

Originally planned to be tracked in Los Angeles, A Bit of Previous was instead produced and recorded by the seven-piece in their hometown of Glasgow due to the onset of the COVID-19 pandemic. It includes additional contributions from Brian McNeill, Matt Wiggins, Kevin Burleigh, and Shawn Everett.

“We did it together, us and the city. This record was the first ‘full’ LP recording for B&S in Glasgow since Fold Your Hands Child [in] 1999,” frontman Stuart Murdoch wrote in the liner notes. “We clocked in every morning, we played our songs, we wrote together, we tried new things, we took the proverbial lump of clay, and we threw it every day.”

A Bit of Previous is available with four different artwork covers and comes in LP, CD, and digital formats. Pre-orders are ongoing here.

“Unnecessary Drama” plays with the idea of choosing to enter potentially difficult situations because there’s no other way to move forward. A swirling harmonica punctuates Murdoch’s vocals and drives the lyrics home. “Everything can go to hell,” he sings. “But then you find a new path/ Leave the old path/ Leave the games behind.”

Belle and Sebastian on Coming-of-Age Movies

“The song is about a young person experimenting in being a human again after a forced hiatus,” Murdoch revealed in a statement. “The person is weighing up whether or not it’s worth the mess! Still, you dip your toe in and it becomes delicious, and you get too much of it. Between trouble and nothing, we still choose the trouble.”

The accompanying music video, written and directed by Kasparas Vidunas and Eric J. Liddle, features the band doing team-building exercises, complete with trust falls and a game of Jenga. Watch it below, followed by the album artwork and tracklist.

To go along with the announcement, Belle and Sebastian have unveiled a string of US tour dates including a pair of June co-headlining dates with Japanese Breakfast, as well as a rotating cast of supporting acts including Los Bitchos, Tennis, Thee Sacred Souls, and Divino Niño. Kicking off in Asheville, North Carolina on May 24th, it will make subsequent stops in cities like Chicago, Los Angeles, and New York City before wrapping up in Boston on June 18th.

After that, the band will embark on their rescheduled UK and European jaunt, which continues through January 2023. See the full itinerary below. Tickets to the US shows go on sale to the general public at 10:00 a.m. local time on Friday, March 4th via Ticketmaster.

In 2020, Belle and Sebastian released a live album titled What to Look for in Summer. which came one year after their soundtrack to The Days of Bagnold Summer. Their most recent studio LP was 2015’s Girls in Peacetime Want to Dance.

A Bit of Previous Artwork: 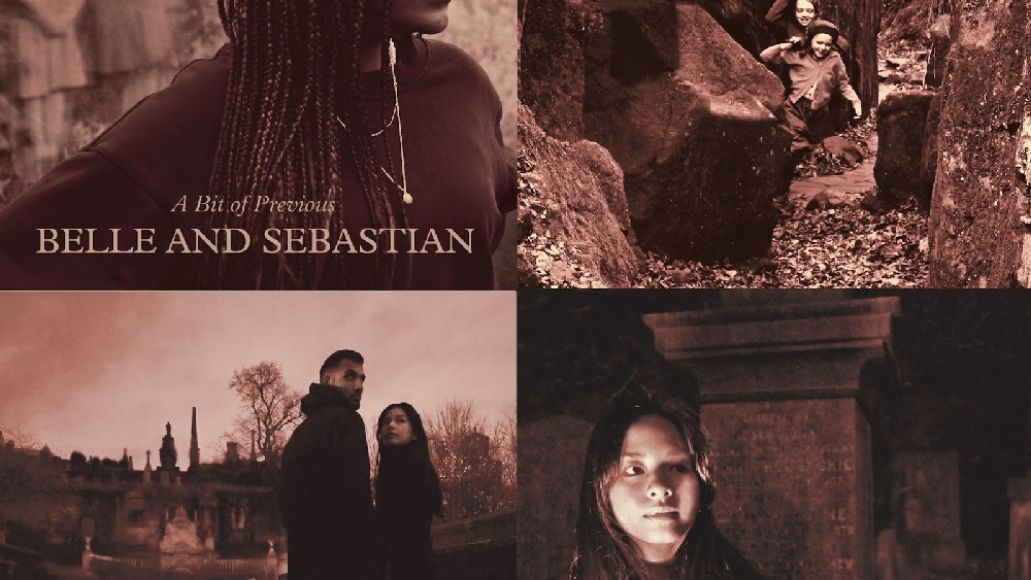