There are many ways to describe the world in which the intensely romantic yet complex Bridgerton exists, but star Nicola Coughlan, after years now of talking about the Netflix series, has a remarkably succinct explanation: “It’s colorful and diverse and you’ve got Ariana Grande.”

The Derry Girls alumni plays Penelope Featherington, who tears high society apart with her secret life as gossip maven Lady Whistledown, tells Consequence that Season 2 has been a lot easier to discuss.

“People now just accept it for what it is, which is lovely and allows you to have a lot more fun, too. When you’re going out and explaining a show [in Season 1], you have to use reference points that exist. So you go, oh, it’s Downton Abbey meets Gossip Girl, that kinda thing,” she says. “Now you don’t have to do that — you can go, ‘Oh, it’s in Bridgerton World.’ You can just let the joy of it wash over you.”

Of course, what does “Bridgerton World” mean exactly? In many ways, the show speaks for itself in this regard. The series is set ostensibly during the stretch of the 1800s known as England’s Recency era, a wildly popular time period for modern-day romance novels like the Julia Quinn books on which Bridgerton is based. But it takes a number of liberties with how to depict the time period, something which is quickly traced back to executive producer Shonda Rhimes’ unique brand of television.

As Adjoa Andoh, who plays the stately and powerful Lady Danbury, explains, “We’re going to show you, in some ways, a more accurate representation of history, and then we’re gonna put it on steroids and put it through the Shonda machine. We’re now in Regency England, via the Shonda-verse. So just sit back and hold tight, here we go.” 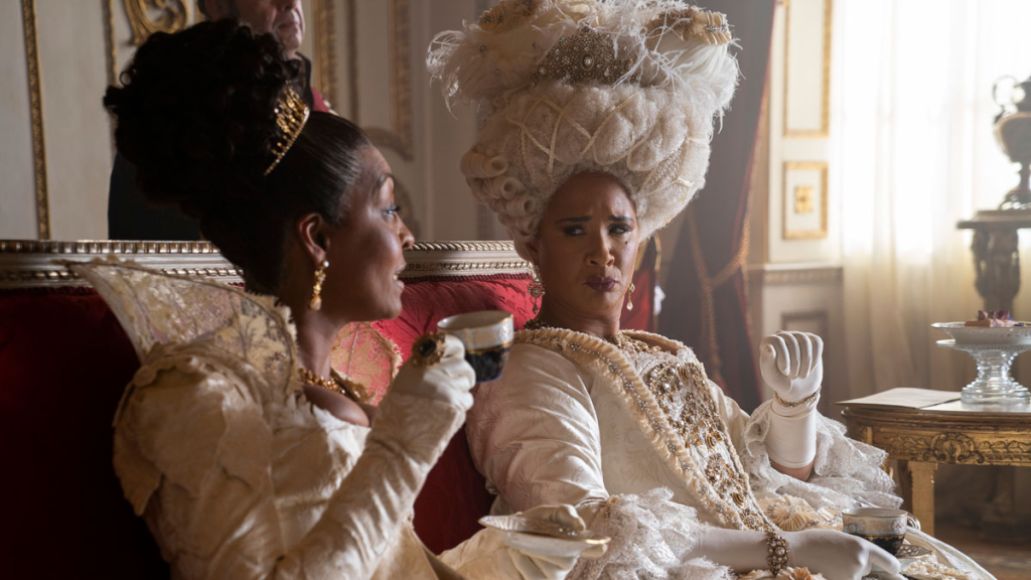 When Andoh refers to “a more accurate representation of history,” she means the way in which the world of Bridgerton is far more diverse in terms of race than typical Regency-era tales — despite the fact that there is historical basis for including people of color in period dramas more often than they usually are.

For one thing, as Andoh says, “There were 20,000 Black people in London alone, and the port populations then were much smaller in this period. A fifth of the British Navy was African.” Also, there’s a lot of historical evidence that Queen Charlotte, played by Golda Rosheuvel in the series, truly was of African descent, through her Portuguese heritage.