A collective of artists including members of Rammstein, Faith No More, Stabbing Westward, and more have covered The Beatles classic “Come Together” to support the humanitarian crisis in Ukraine.

The charity single, dubbed “Come Together (We Will Stop You),” works in elements of Queen’s “We Will Rock You” and re-imagines the Beatles song with a heavy industrial-rock sound — appropriate given the talent involved. COP International Records founder Christian Petke and veteran producer John Fryer helmed the cover project, enlisting Richard Kruspe (Rammstein), Bill Gould (Faith No More), Chris Connelly (Ministry/Pigface), and Christopher Hall and Walter Flakus (Stabbing Westward), among others.

All proceeds will support UNICEF as it aids the massive humanitarian refugee crisis caused by Russia’s invasion of Ukraine.

“This song is a simple and direct message to the millions of people who are currently suffering in Ukraine and beyond,” said Petke. “You are not alone. We see you.”

Added Fryer: “I’m shocked, stunned, dismayed, angry, horrified and saddened by the situation in Ukraine. I don’t how one man’s insane ego can cause this much death and destruction.”

“The success of songs like ‘We Are the World’ and ‘Do They Know It’s Christmas’ directly spawned the Live Aid concerts, which raised millions of dollars for those who desperately needed it,” explained Petke. “So, while we are obviously excited about this new song’s immediate ability to raise awareness and money, we’d like to think that ‘Come Together’ is only the first step of many. The simple act of supporting one song can help spread a message of hope and compassion around the entire world.”

You can purchase the charity cover of “Come Together” via Bandcamp and stream it below. The song is heading to other digital streaming platforms soon. 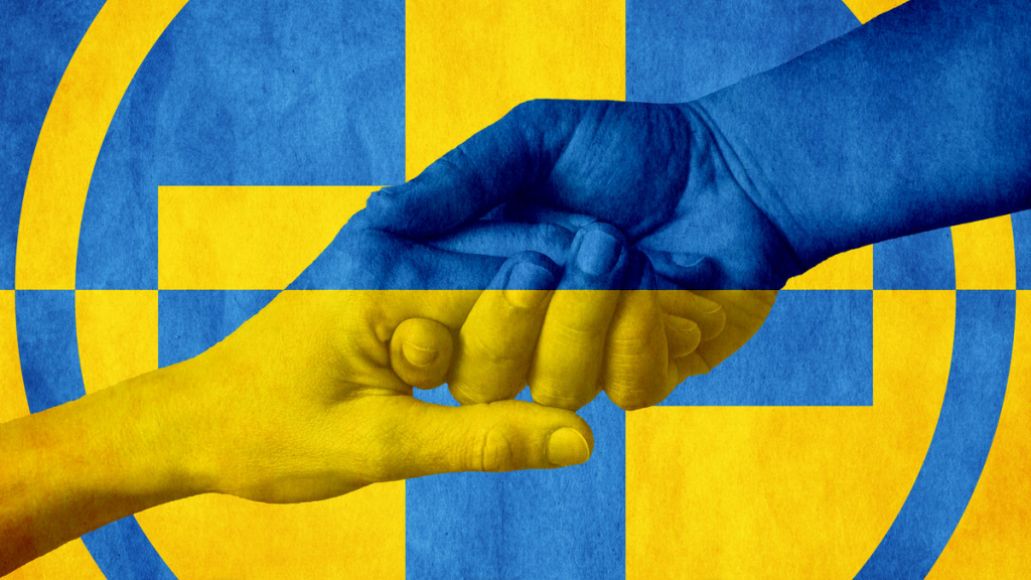 Members of Rammstein, Faith No More, Stabbing Westward and More Cover The Beatles' "Come Together" to Support Ukraine: Stream