One of the highlights of the Foo Fighters’ recent horror-comedy film, Studio 666, was its use of flashbacks depicting the fictional band Dream Widow. Considering how much screen time and lore was devoted to that group — as well as Foo Fighters founder Dave Grohl’s deep love for heavy metal, as exemplified by 2004’s collaborative Probot LP — it’s not too surprising to see that Dream Widow has become a real thing.

Of course, the actors who portrayed the band members in the movie (such as Jenna Ortega) don’t reprise their roles. Instead, multi-instrumentalist Grohl teamed up with two other musicians — keyboardist Oliver Roman and Fireball Ministry guitarist Jim Rota — to bring Dream Widow’s self-titled EP to life.

Understandably, Grohl wanted the project to be as separate from Foo Fighters as possible, which is probably why only one member (keyboardist Rami Jaffee) appears on one song (“Lacrimus dei Ebrius”). Far from being a mere novelty, though, Dream Widow is a thoroughly compelling, impressive, and authentic voyage into Grohl’s most infernal musical interests.

Back in February, Consequence concluded that lead single “March of the Insane” evoked “early thrash reminiscent of Venom, Slayer, Celtic Frost, and other like-minded acts.” Naturally, that remains true, as the track’s fusion of stampeding percussion, acidic guitar riffs, and downright demonic vocals rival even the brutalist creations of any classic genre troupe. Likewise, opener “Encino” expressly conjures the feistiest and zaniest musical tantrums of Devin Townsend (be they from Strapping Young Lad or another endeavor).

Although they’re still quite aggressive, other pieces are a tad more melodic and approachable. For instance, “Cold” is sort of like a mix between 1970s heavy metal, the stoner rock tendencies of Mastodon and Baroness, and the groove metal grunginess of Stone Temple Pilots and White Zombie. Later, “The Sweet Abyss,” “Becoming,” and “Angel with Severed Wings” house the infectious harmonies, welcoming choruses, and seductive arrangements of Queens of the Stone Age (which makes sense since Grohl played on two of their records).

Granted, all of those songs are significantly hellish, too, but traces of those other acts are nonetheless palpable. What’s more, such comparisons serve not to accuse the band of unoriginality, but rather to emphasize just how malleable and proficient the EP is at incorporating several distinctive yet related styles while ensuring that the LP flows like a coherent and purposeful statement.

On that note, the aforementioned “Lacrimus dei Ebrius” clocks in at over ten minutes in length and concludes the set with an absolutely epic and chameleonic culmination of all that preceded it. It even recalls Blackwater Park-era Opeth in its acoustic guitar-work, cleverly bringing to life the progressive metal proclivities hinted at during Foo Fighters’ excessive jamming sessions in Studio 666.

Dream Widow could’ve easily been a charming but disposable bit of marketing for Studio 666, or a throwaway pastiche of several legendary death and thrash metal groups. Fortunately, it transcends both of those possibilities to be a genuinely great record. The musicianship is expectedly superb, but what’s most commendable is Grohl’s ability to shift his voice from familiar grittiness to full guttural hegemony. Indeed, Dream Widow is a legitimate entry into its subgenres, and it shows plenty of promise should Grohl and company want to put out a sophomore sequence somewhere down the line.

Dream Widow’s self-titled EP will be released on Friday, March 25th. See the artwork and tracklist below, followed by Consequence’s interview with Dave Grohl about Studio 666. 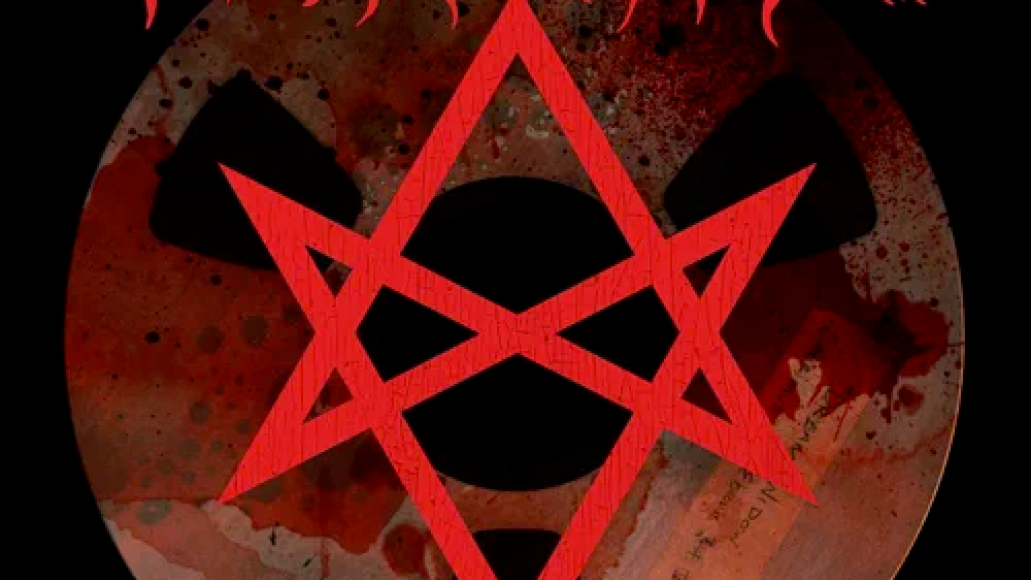