Day In Day Out Festival has announced its 2022 lineup headlined by The National, Mitski, and Japanese Breakfast. The second annual event goes down August 12th through the 14th at Fisher Green Pavilion in Seattle, Washington.

Sharing top billing is Mac DeMarco, who will be celebrating the 10th anniversary of his Rock and Roll Night Club EP and the album 2 with a special set pulled from those 2012 projects. Day In Day Out will also see performances by Turnstile, Animal Collective, JPEGMAFIA, Soccer Mommy, and MUNA.

Additional shows come from Jamila Woods, Cherry Glazerr, Hurray for the Riff Raff, Sampa the Great, Shabazz Palaces, and more, and the fest also boasts over a dozen DJ sets. Check out the full lineup below.

“We’re honored to bring some of the most notable artists in music to Seattle to perform in our second annual festival,” said Jason Lajeunesse, CEO and founder of Daydream State, the group behind the festival. “It’s our mission to preserve and promote live music both through our venues and festivals in the city of Seattle.” 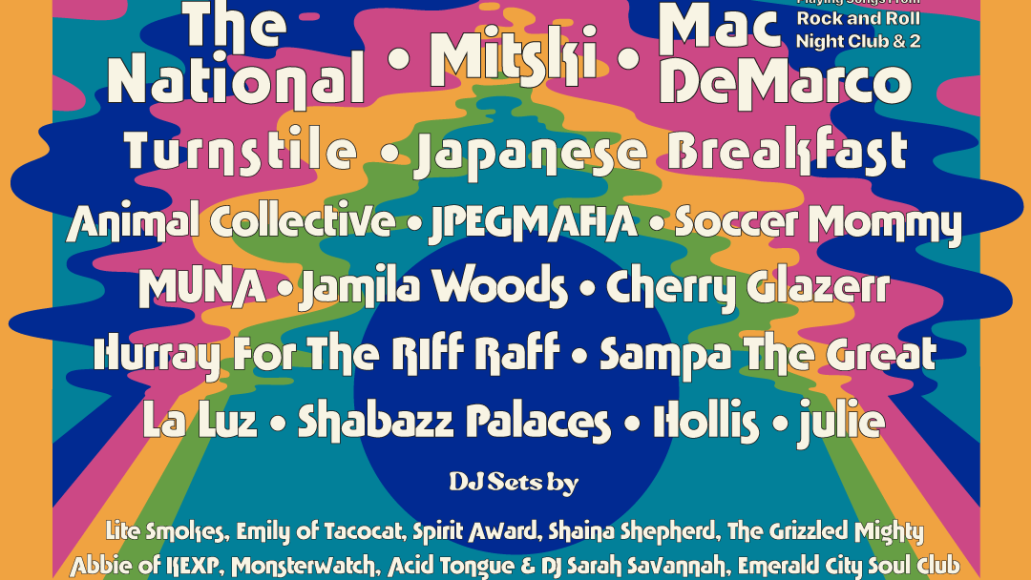 Day In Day Out 2022 Lineup: The National, Mitski, Japanese Breakfast, and More