The Pitch: The first rule in open marriages is that consent and communication are key — but tell that to the Van Allens, a well-to-do couple living in a small riverside town who likely kept their fortunes by skimping on marriage counseling. Instead, they have an incredibly precarious arrangement to stave off divorce: Melinda (Ana de Armas) gets to take however many lovers she likes, and she won’t leave Vic (Ben Affleck), a retired tech guy whose claim to fame is, apparently, designing the microchip that Every Drone Uses?

Naturally, the arrangement isn’t quite what Vic bargained for, and no matter how detached and with-it he pretends to be, he openly seethes when he sees his wife slinking around one guy after another at the bevy of garden parties thrown by his close circle of upper-crust contemporaries. And when he taunts one of Melinda’s new lovers by claiming he killed a former paramour of hers who ended up missing, it plants a seed that might just carry through to the real world (if it hasn’t already).

And in fact, this adaptation of the Patricia Highsmith novel of the same name comes courtesy of Adrian Lyne, who directed Proposal and Fatal Attraction, some of the biggest names in the game. But in the twenty-year hiatus he’s taken between his last film and now, he seems to have lost more than a few steps, though he occasionally hits his stride a few times here. 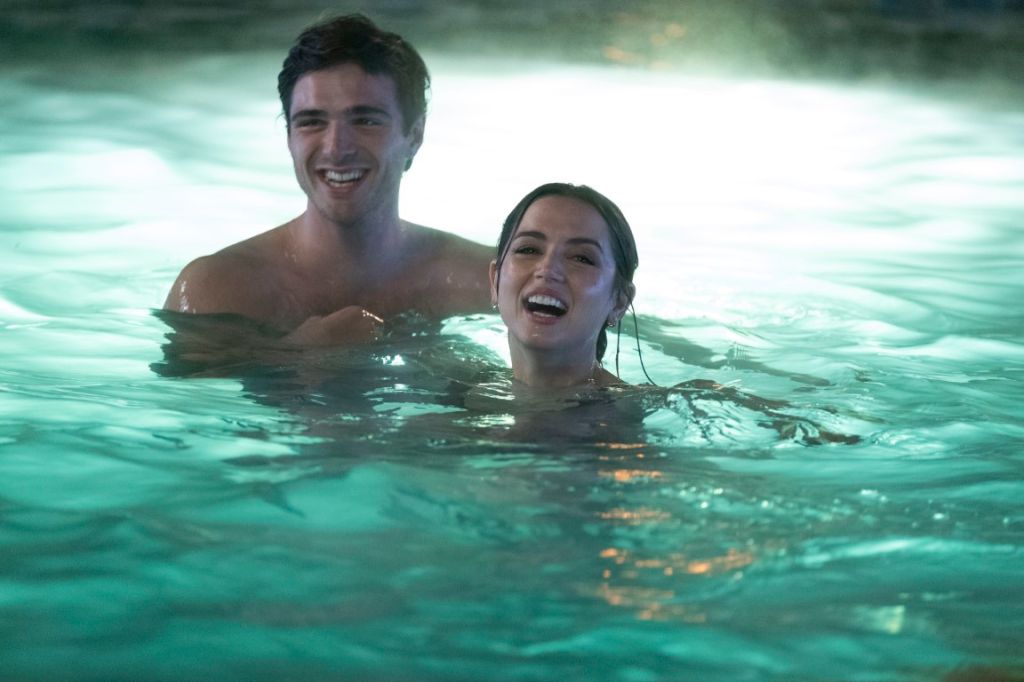 Much of it could be due to the leads themselves, Deep Water clearly designed as a star vehicle for then-couple Affleck and de Armas, two performers who are wonderful on their own but mostly misguided here. That’s not a knock on them, really; the script, by Zach Helm and Sam Levinson, stretches its already-thin premise to a laborious two hours, consisting mainly of a stubbly, constipated Affleck glaring at a slinky de Armas, who’s having the time of her life in a perfume commercial that’s run way too long.

It makes sense, to be fair; this is a film about a couple in decline, with Affleck carrying the weariness of a man too afraid to admit he should move on from a clearly toxic relationship, and de Armas’ Melinda clearly relishing in the humiliation she foists upon her husband. It’s hardly Eyes Wide Shut or Who’s Afraid of Virginia Woolf? but the central dynamic makes sense.