Def Leppard have announced their 12th album, Diamond Star Halos, which will arrive on May 27th. In advance of the LP’s release, the veteran UK rock band has unveiled the first single, “Kick.”

The album news comes ahead of Def Leppard’s highly anticipated co-headlining stadium tour with Mötley Crüe. The North American outing had been postponed twice due to the pandemic, but is finally set to kick off on June 16th in Atlanta, with tickets available via Ticketmaster.

Diamond Star Halos marks Def Leppard’s first new studio LP in nearly seven years, following 2015’s self-titled effort. According to a press release, the album was inspired by ’70s glam-rock artists such as David Bowie, T. Rex, and Mott the Hoople. In fact the title Diamond Star Halos references a lyric in the T. Rex classic “Bang a Gong (Get It On).”

A couple of notable guests contribute to the album. Singer Alison Krauss lends her vocals to the tracks “This Guitar” and “Lifeless,” while David Bowie pianist Mike Garson plays on “Goodbye for Good This Time” and “Angels (Can’t Help You Now).”

Check out the single “Kick,” as well as the album artwork and tracklist below. Pre-order Diamond Star Halos via Amazon or other outlets, and pick up tickets to Def Leppard’s aforementioned tour here. 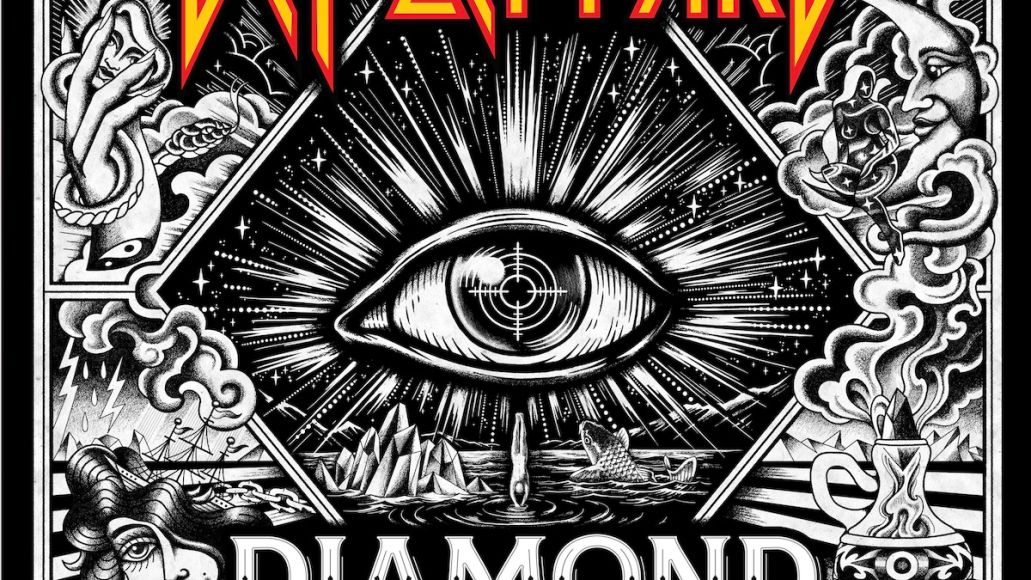